Seven school districts near Cincinnati CLOSE to be sanitized after more than 1,000 students and scores of teachers are absent with flu symptoms

Despite the international fears of coronavirus, it is influenza that is hammering the region around Cincinnati, where at least seven school districts have been temporarily closed after more than 1,000 students were absent with flu symptoms.

In southern Ohio, schools in Reading, Wilmington, Manchester and Three Rivers were closed on Friday. Three Rivers was also shut down Thursday after more than 600 students and 50 teachers were absent.

In northern Kentucky, Bracken County schools were closed Thursday and Friday, while Pendleton and Grant Counties shut down on Friday and will not re-open until Tuesday, February 4.

‘We were at 360 students absent with more being sent home on Thursday,’ Grant County Superintendent Matt Morgan told DailyMail.com. ‘Staff was being affected as well, with staff being sent home throughout the day.’

At least seven school districts have been temporarily closed in northern Kentucky and Southern Ohio on Friday after more than 1,000 students were absent with flu symptoms

Pendleton County had over 150 absences on Thursday due to or flu-like symptoms, said Superintendent Joe Buerkley.

Among the symptoms being reported are high fever, vomiting, and body aches.

All of the affected schools plan to deploy custodial staff to thoroughly disinfect and sanitize their campuses during the closures, in an effort to prevent the additional spread of germs.

Students, visitors and staff, with the exception of custodians, are barred from from the campuses until the cleaning is complete.

‘Although our goal is to protect as much instructional time as possible, we also need to do everything we can to ensure our students and staff are healthy and in the best environment to foster learning,’ Three Rivers Local School District said in a statement.

Schools are not required to alert public health authorities about closures due to flu. 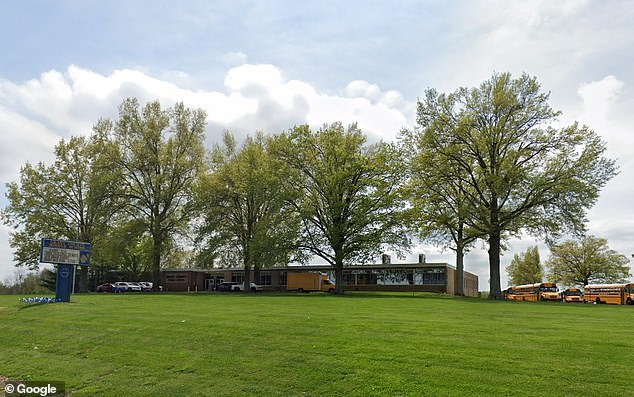 Although the deadly coronavirus outbreak in China has been making headlines, influenza season regularly sickens millions and kills thousands in the U.S. every year, according to the CDC.

So far this season, the flu has killed at least 1,500, including 68 influenza-associated pediatric deaths, according to the CDC.

Ohio has had one pediatric death from flu so far, a Cuyahoga County teenager, and Kentucky has two child deaths.

Experts say that the best way to prevent getting the flu is frequent and thorough hand-washing. Anyone with symptoms should avoid going to work or school to avoid spreading the virus.