Seven senior male Oxfam officials have been investigated over safeguarding allegations in the past year, including sexual harassment and the covering up of exploitation.

These particular cases are among 87 sexual exploitation claims involving the charity’s staff members in 2016 and 2017, compared to the 26 in the previous year.

The Department for International Development (Dfid) is urging the NGO giant to investigate the allegations ‘as a matter of urgency’ after The Times brought them to light.

The Charity Commission is also looking into the claims.

Seven senior male Oxfam officials, who worked as country directors in Africa, Asia and Latin America, are being investigated over safeguarding allegations, which include sexual harassment and covering up exploitation. File image used

Those investigated will also include Oxfam’s dismissal of Lesley Agams in 2011, when she was its country director in Nigeria, three months after the 51-year-old confessed she was sexually assaulted by a senior official.

A spokesman for Dfid said told the newspaper it has a ‘zero-tolerance’ approach to sexual misconduct, saying: ‘We expect our partners to have robust systems and processes in place to prevent such behaviour.

‘Oxfam have informed us that they are investigating these allegations and we expect this to be carried out as a matter of urgency and in full compliance with the Charity Commission.’

The most up-to-date accounts available for Oxfam, for the year 2015-16, show it received £200million from the UK Government and £115million in public donations.

Labour MP for Newcastle upon Tyne Central Chi Onwurah has tabled a question to ministers asking whether the Government department ensures the charities it supports have adequate safeguarding policies.

She told The Times: ‘Sexual harassment is generally associated with power disparities.

‘The humanitarian sector clearly suffers from this with well-paid employees channelling significant funding in countries where the average income may be a dollar a day and civil structures and protections may be limited.

‘It is absolutely imperative that organisations like Oxfam have a clear zero-tolerance approach and the controls in place to support that.

‘Dfid have assured me that the organisations they fund must meet these high standards but I find it hard to reconcile that with having seven out of 37 country directors under investigation.’

Oxfam admitted the investigations into the directors ‘included covering up a safeguarding complaint, physical intimidation, verbal sexual harassment (including comments about the physical appearance of female staff members) and undisclosed and potentially exploitative relationships in the line of management’. 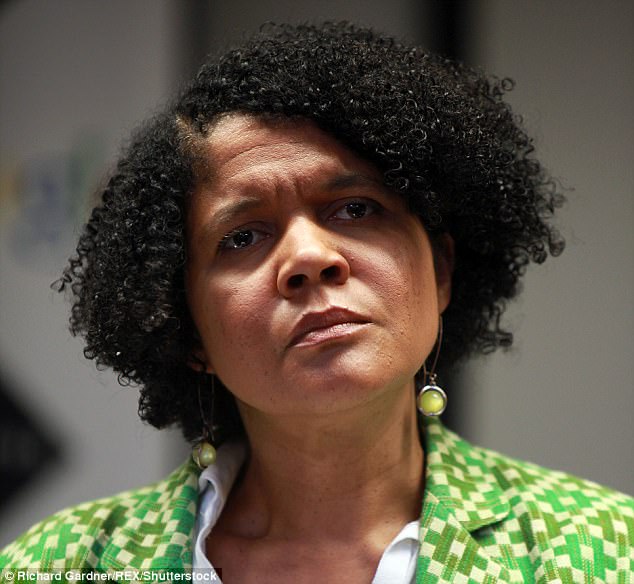 Two investigations have already been concluded and Oxfam told the newspaper: ‘One country director has been dismissed and the other is currently being dealt with. The reason for the dismissal was not the safeguarding allegations.’

The charity stressed the increase in incidents is the result of a better policy on reporting them.

‘We have a confidential whistleblowing helpline, safeguarding contact points within our country programmes and a dedicated safeguarding team.

‘All new staff have to sign a code of conduct which stipulates that any form of sexual abuse and exploitation or child abuse is prohibited.’

The Charity Commission is currently trying to establish how the trustees of Oxfam were responding to the individual allegations.