The Los Angeles Police Department has come under further scrutiny regarding rough treatment of protesters after cops were caught throwing a man out of his wheelchair to arrest him.

Video shows three officers involved in knocking Joshua Wilson to the ground, grabbing him by the back of the neck and twisting his arm behind his back to restrain him.

Footage shows some witnesses immediately criticize an officer who then drags the wheelchair into the road far away from Wilson, who police claim had punched one of them in the face while they were arresting several people from an unrelated matter.

According to a statement the LAPD was in the area of Figueroa Street and Wilshire Boulevard in Downtown Los Angeles arresting two women and a man in connection to a mental health crisis. 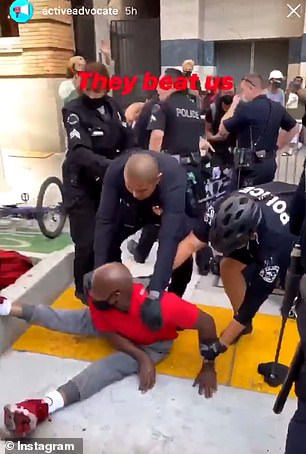 LAPD were seen tossing Joshua Wilson out of his wheelchair on Tuesday. He was leading a Black Lives Matter protest when dozens of cops were seen flowing into the Downtown LA area 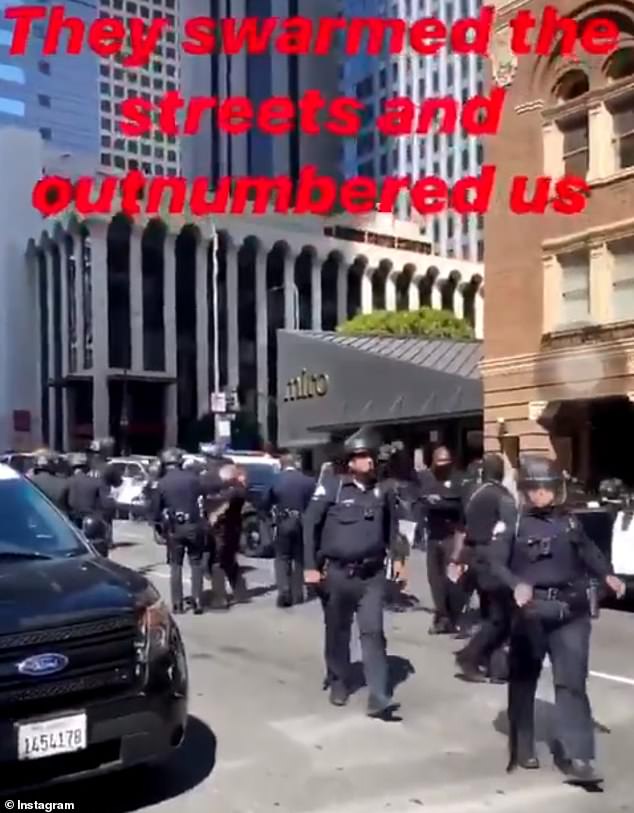 They were taking the two women to a medical facility based on statements they had made.

However they noticed a man walking down the street, pushing another man, so proceeded to arrest him.

They say they happened to come across a protest of about 50 people around 2.45pm while carrying out the arrest. Wilson was part of that group.

That’s when the demonstrators started chanting ‘Let them go’ and Wilson allegedly connected his fist to a law enforcement officer’s face.

LAPD said a ‘use of force occurred between the officers and Wilson’, which is what’s seen on the video.

A statement said that cops called for help and numerous officers reported to the scene. They are seen detaining other people. 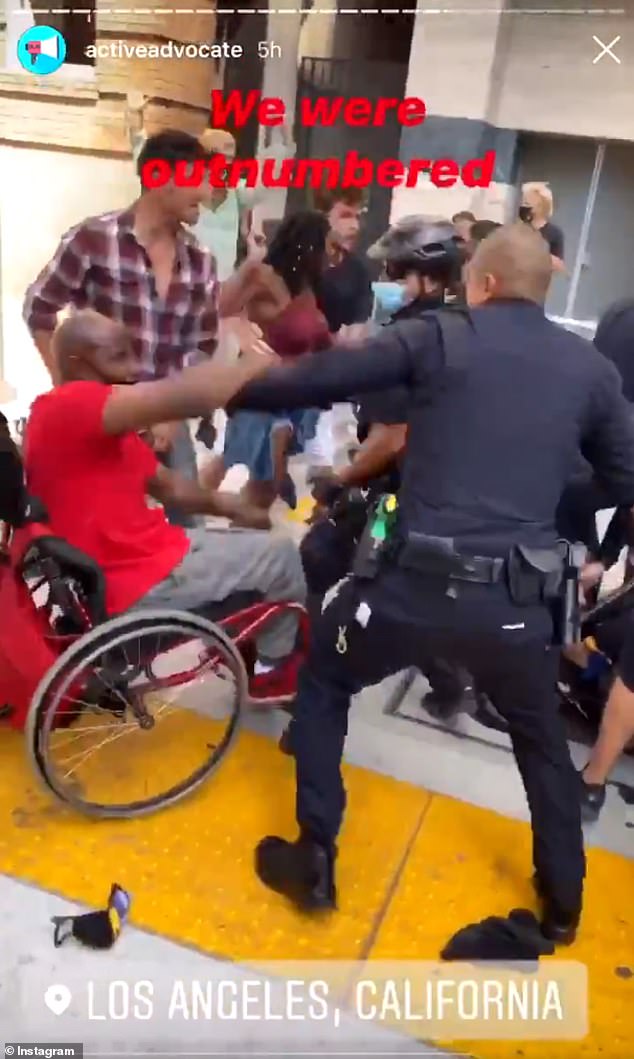 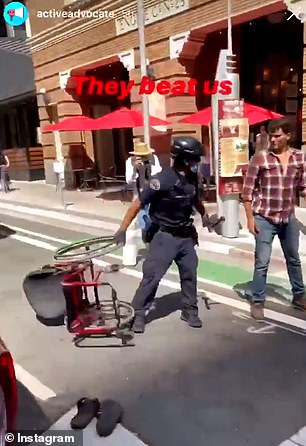 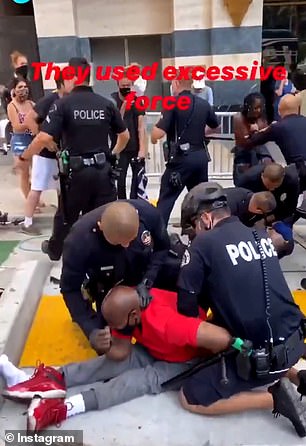 Police said they later found a loaded firearm in Wilson’s backpack which was connected to his wheelchair.

The LAPD said he was seen by medical personnel before the booking. They didn’t state whether Wilson sustained any injuries but they noted three officers and one sergeant suffered minor injuries during the incident and received medical treatment.

It’s unclear how the officers obtained the injuries but cops say another man tried to grab an officer’s baton during the incident and that’s when another use of force ensued.

That man, Mario Chacon, received medical treatment at a local hospital, was treated and released and booked for Battery on a Peace Officer.

Active Advocate is trying to raise money for a bail fund. The social media account shared the clip with the captions: ‘They beat us. They used excessive force.’ 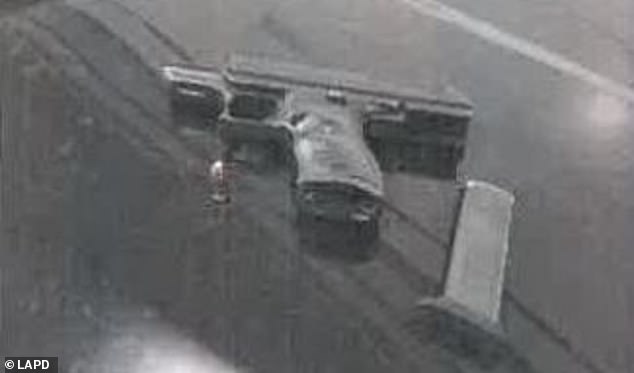 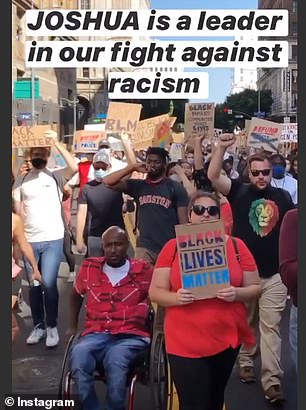 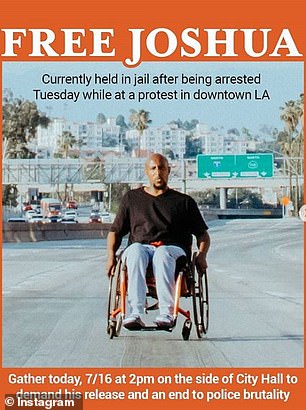