Gunman opens fire in Poway synagogue, killing one and injuring multiple worshipers including Rabbi and children, midway through Passover celebration on last day of Jewish holiday – and on six month anniversary of Pittsburgh massacre

Police in California have detained a man in relation to a shooting at a San Diego synagogue on Saturday afternoon that has one dead, and several injured.

The incident took place at the Chabad of Poway house of worship sometime after 11:30 local time, the San Diego County Sheriff’s Office reported.

Multiple people have been sighted on the ground inside the house of worship, located at 16934 Chabad Way.

So far four victims have been transported to the to Palomar Medical Center to be treated for their injuries.

One of the victims is said to be they synagogue’s Rabbi, Yisorel Goldstein, who founded the Chabad center in 1986. He was reportedly shot and lost two fingers.

The other three are said to include an unidentified adult and two minors, one aged 11.

Two young girls are also reportedly missing in the wake of the shooting.

The incident took place at the Chabad of Poway house of worship in San Diego, sometime after 11:30 local time 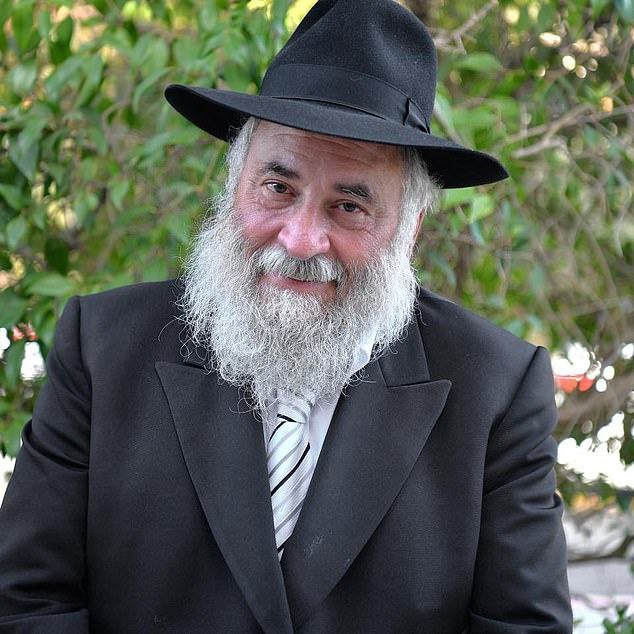 One of the victims is said to be they synagogue’s Rabbi, Yisorel Goldstein, who founded the Chabad center in 1986

‘There are injuries. This is a developing situation,’ the department’s Poway Station said on Twitter.

The department had earlier said deputies were investigating reports of a man with a gun in the area of the Congregation Chabad synagogue.

Sheriff’s have confirmed that at least one person has been shot.

Authorities are confident only one suspect was inco

The shooting comes on the last day of Passover. According to the synagogue’s website, the congregation were hosting a Passover Holiday Celebration that began at 11 am and was set to end at 7pm with a final Passover meal.

‘It’s a very important celebration for us. There’s lots of people inside, they’re praying,’ Minoo Anvari a member of the congregation told NBC 7. ‘Everybody was crying and screaming.’

Anvari said her husband was inside during the shooting and said someone came in, started cursing and then opened fire.

It’s believed the man fire six or seven shots inside the center.

The suspect behind the shooting is said to live with his parents. Police are currently preparing to raid his home, reports say.

The shooting comes exactly six months after a gunman killed 11 people at a synagogue in Pittsburgh, the deadliest attack on the Jewish community in the history of the United States.