Parts of Texas were blasted by a severe thunderstorm on Tuesday that was so intense that it ended up derailing dozens of freight train cars.

Eighty-six freight cars were blown from the tracks, and five powerline poles snapped in half during the ferocious storm near Colorado City, around 250 miles due west of Dallas.

The National Weather Service described the storm as ‘straight-line winds’ – those generated by a thunderstorm rather than a tornado. 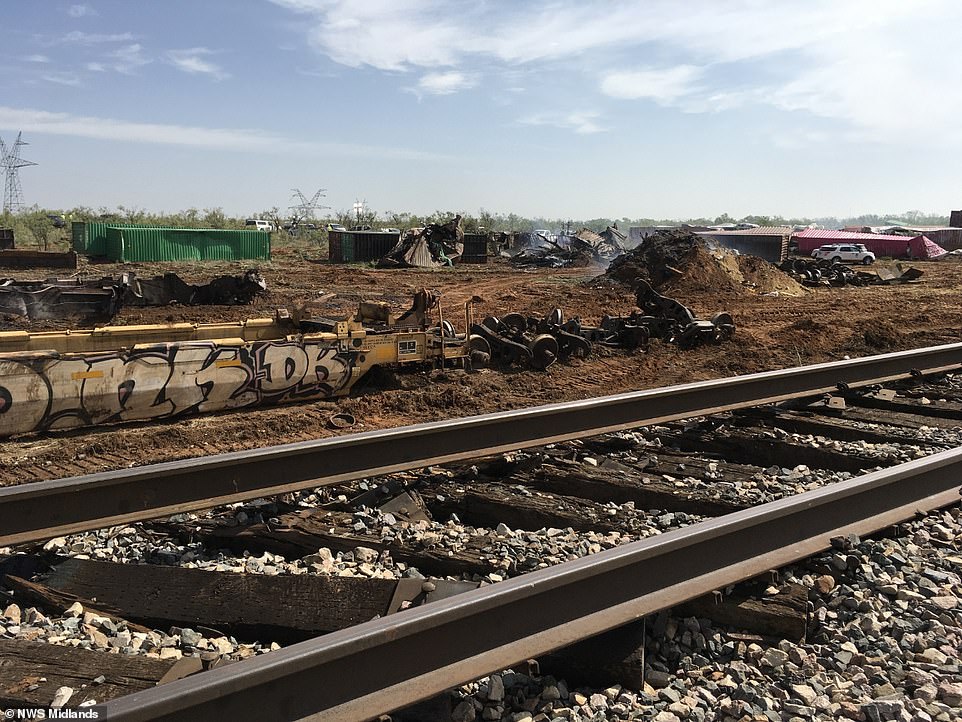 The winds are produced by the downward momentum in the downdraft region of a thunderstorm and if they are more than 58mph then the storm is classified as ‘severe’ by the National Weather Service.

‘They can reach over 100 mph and are caused by air being dragged down by precipitation,’ the NWS reveals. ‘When the air reaches the ground, it spreads outward across the surface of the land it encounters in a straight line.’

The winds in Tuesday’s storm were believed to have been between 80 and 100mph. 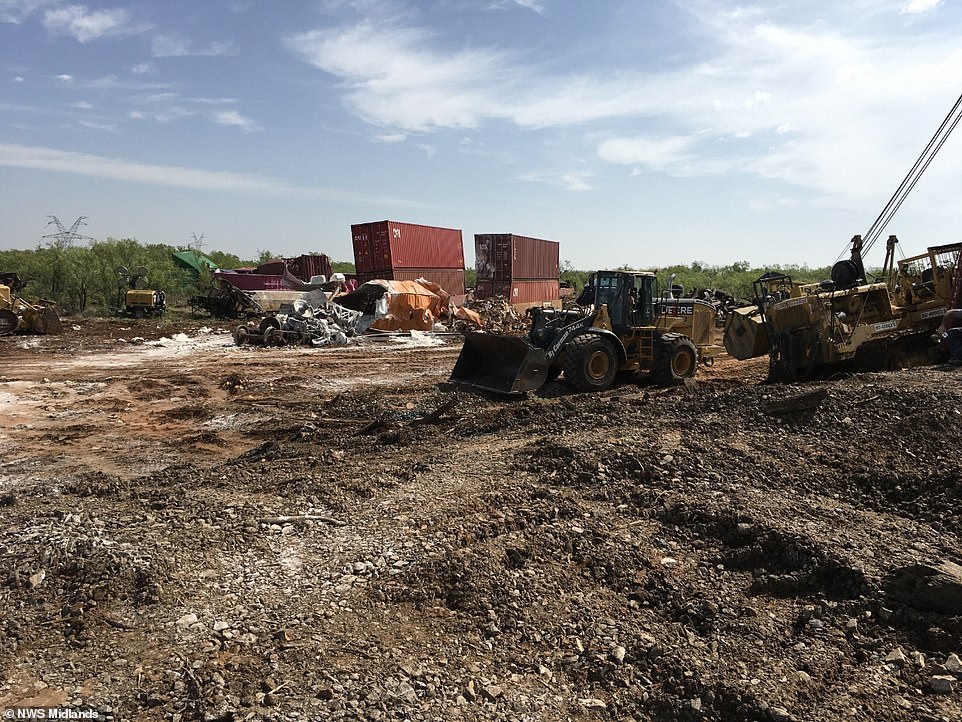 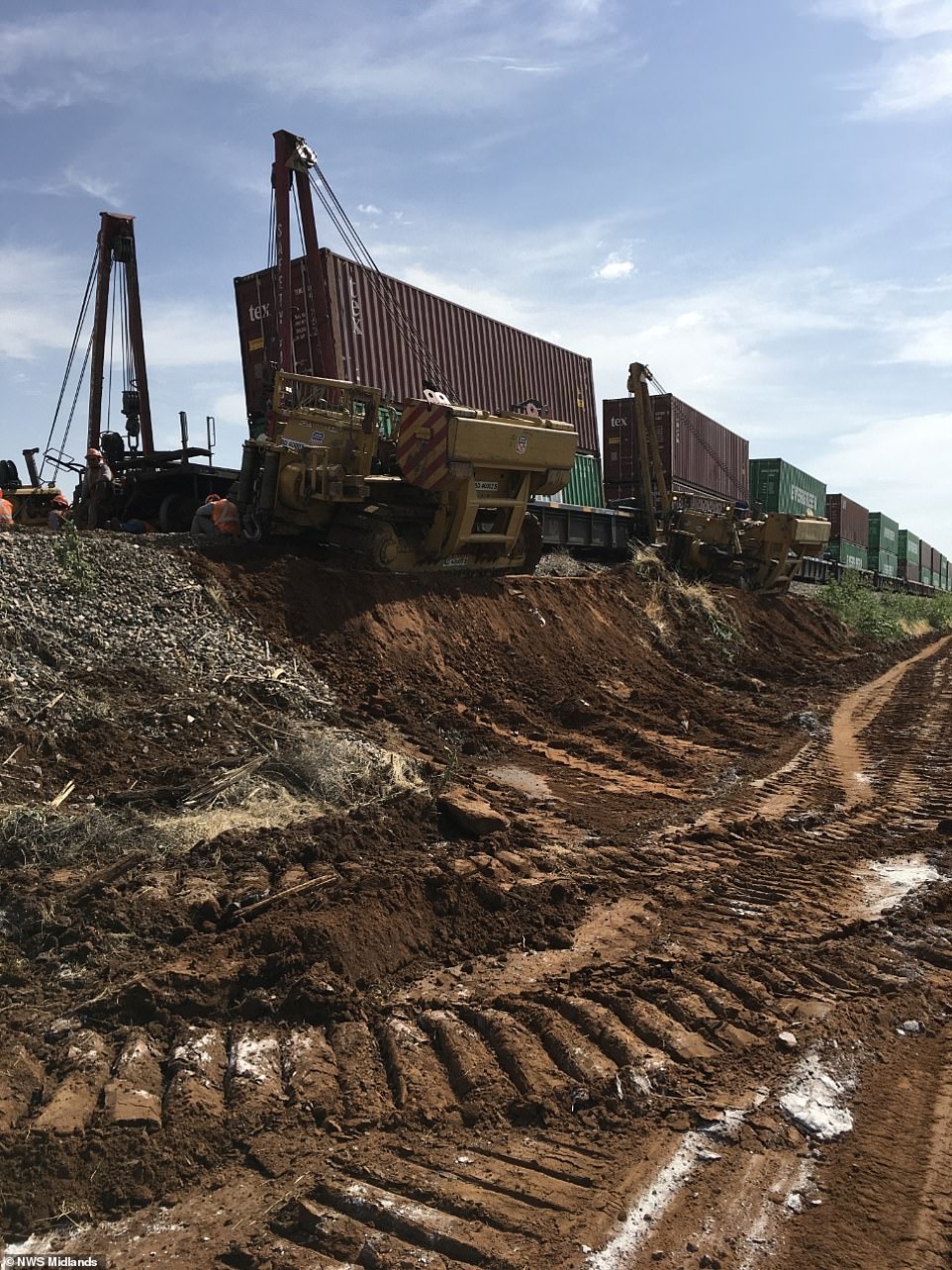 The storms were tracked as they moved through the western part of the state.

Significant damage was seen just a few miles east of Colorado City according to Fox News.

‘Due to the wind speed threshold of the train cars and powerline poles, the survey team estimated peak wind speeds to be between 80-100 mph,’ the NWS said.

Another storm was also tracked a short distance away in a cotton field which also resulted in a some damage.

The winds in that particular blast were between 65 and 70mph and toppled over a 750ft long and toppled pivot irrigation system. 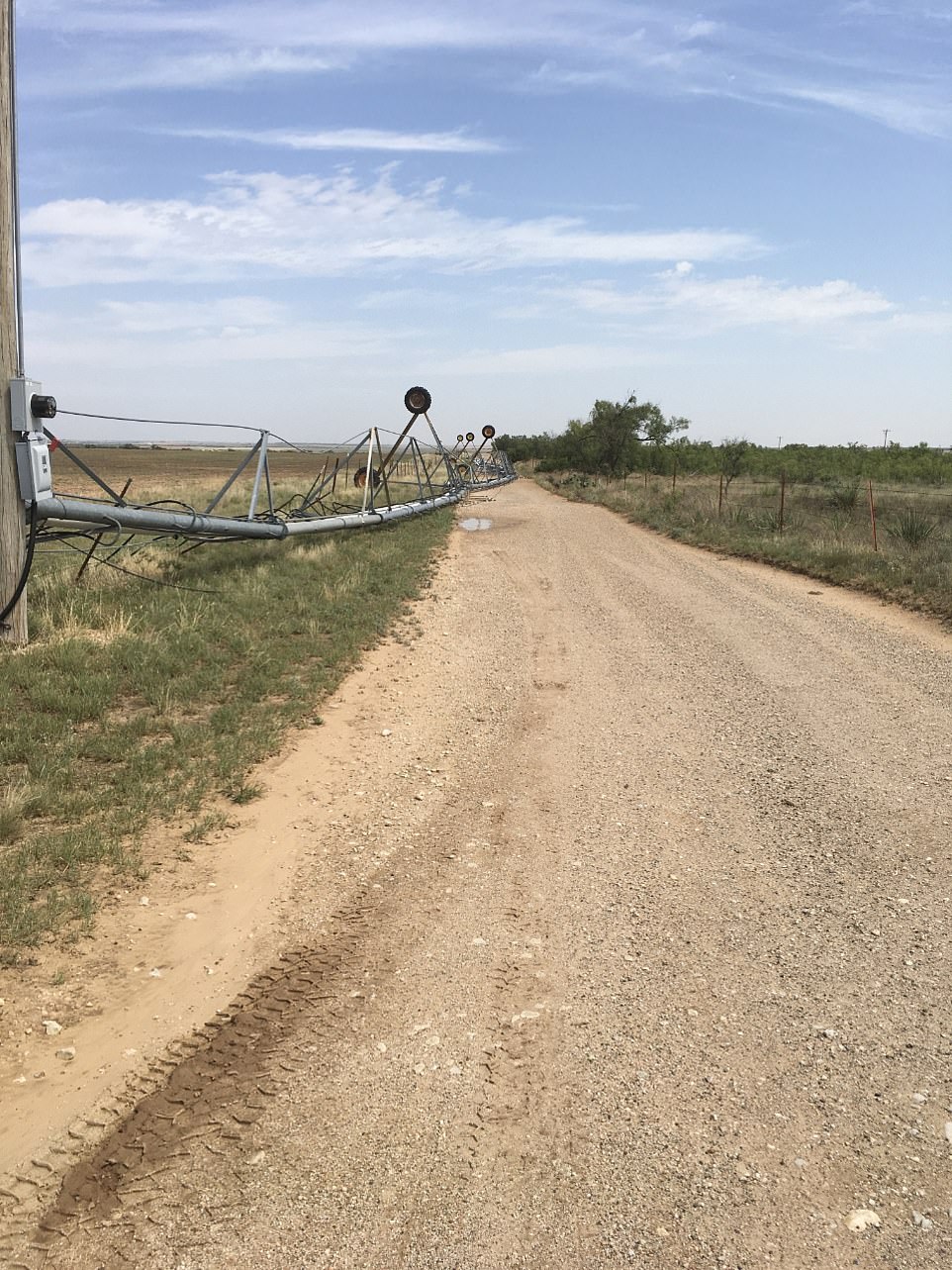