Sevilla will attempt to draw Bayern Munich out of their comfort zone, manager Vincenzo Montella has said ahead of Tuesday’s Champions League quarter-final first leg in Spain.

Sevilla have surprisingly reached the quarter-finals of the Champions League for the first time since 1958 but while they are clearly the underdogs against the five-times champions, they are undefeated at home against German clubs in 11 matches.

‘Bayern are accustomed to scoring a lot of goals, to having the ball. We have to do the same so we make them do things they’re not used to,’ Montella said.

Sevilla will attempt to draw Bayern Munich out of their comfort zone, insists Vincenzo Montella

Bayern have scored 21 goals in eight games in the competition this season, including eight against Besiktas in the round of 16.

The Bavarians, chasing a treble, also fired six past Borussia Dortmund at the weekend in an ominous warning to Sevilla.

Montella will be without key midfielder Ever Banega, as the Argentine is suspended.

‘He won’t play and he’s a player with very clear qualities. It’s something we can’t change and I’m convinced that the player who replaces him will do well,’ Montella said.

‘When you are in this kind of competition, opponents demand a lot of your mental and physical energy,’ the Italian added. ‘We paid for it in La Liga but I like this situation.’ 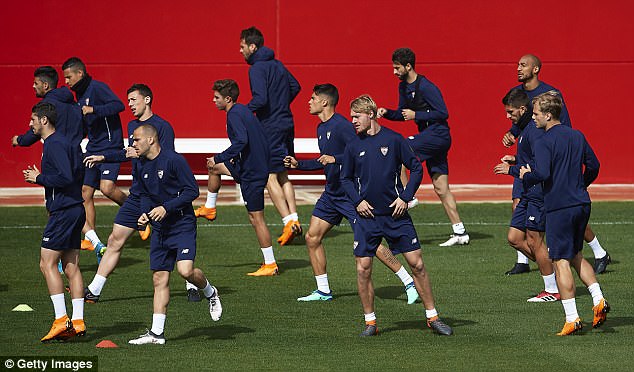 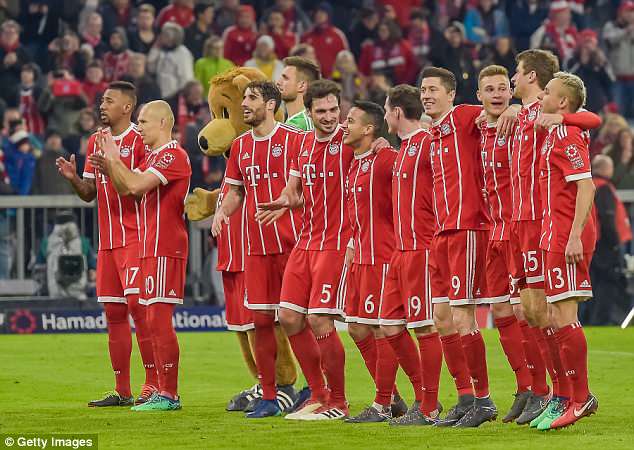 The Andalusians squandered a two-goal lead late on to draw 2-2 against Barcelona on Saturday and Montella conceded playing in three competitions simultaneously is not something Sevilla are used to.

They have had a disappointing domestic campaign and are sixth in the La Liga standings but, after beating Manchester United in the last 16 of Europe’s premier club competition, they have achieved something memorable.

‘We’ve already made history,’ Montella said. ‘We are going to play with everything until the end and we want to make history with the club and with our fans, who as always will help us.’