Sevilla were back in training on Monday morning as they both recovered from their weekend clash against Barcelona and put in final preparations ahead of Tuesday’s Champions League tie with Bayern Munich.

The Spanish club came within minutes of beating the La Liga leaders in a thrilling 2-2 draw on Saturday, but they have been forced to refocus and move on with their Champions League quarter-final fast approaching. 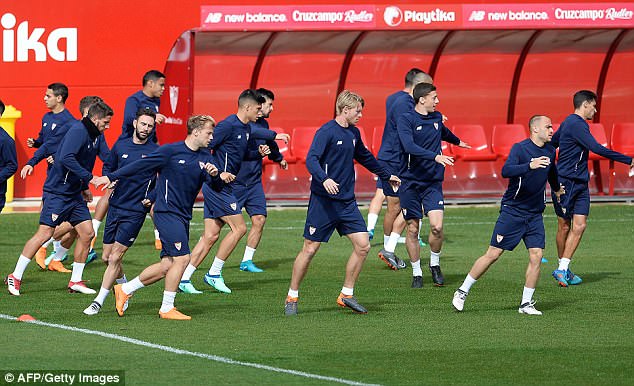 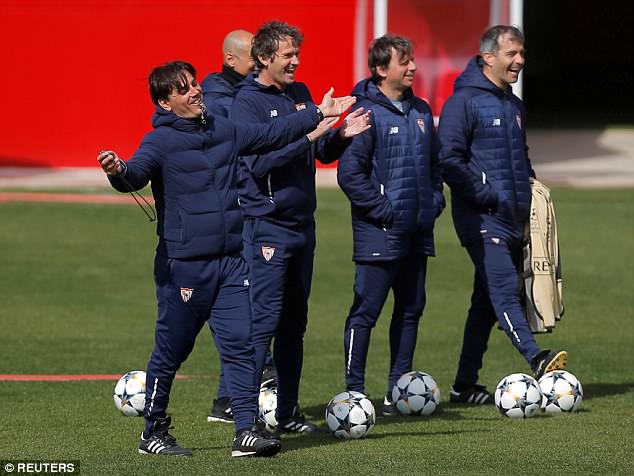 It will be the only full session they enjoy together in between their La Liga stalemate and welcoming Bayern Munich to the Ramon Sanchez Pizjuan Stadium, where they will attempt to cause another European upset.

The Bundesliga club, who were pictured travelling to Spain earlier on Monday, are heavy favourites to advance into the semi-finals, but Sevilla go into the game with plenty of belief after the last round.

Wissam Ben Yedder provided the goals as they knocked Manchester United out thanks to a 2-1 win at Old Trafford and their terrific display against the all-conquering Barcelona will only add to their confidence. 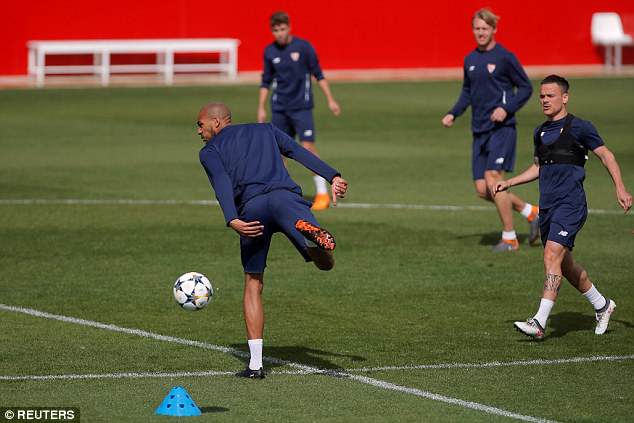 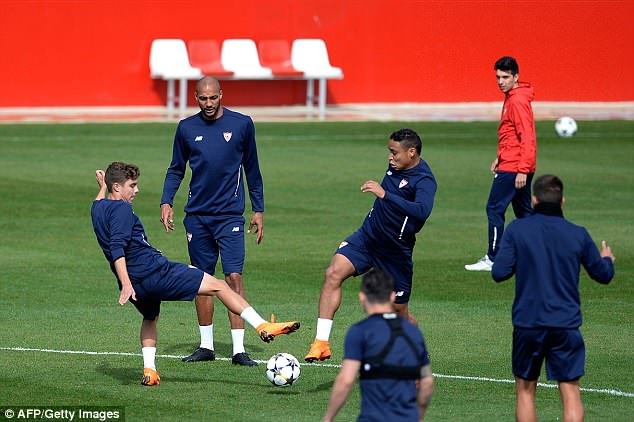 But, after Lionel Messi came off the bench to score a last-minute equaliser, Montella admitted his players were nervous ahead of their European clash and insisted they need to play better if they want to make it into the final four.

‘We have to improve,’ Montella told reporters. ‘When we can score, we have to score.

‘We had many chances to close the game. It’s a shame because Barcelona has formidable players, and we are a little nervous now. For Tuesday [against Bayern Munich in the Champions League], we will have more desire.

‘If we had finished earlier, it would have been better, but football is like that, we have to improve.

‘I’m angry on one side, but on the other I’m proud because the team has controlled the game against Barcelona.’ 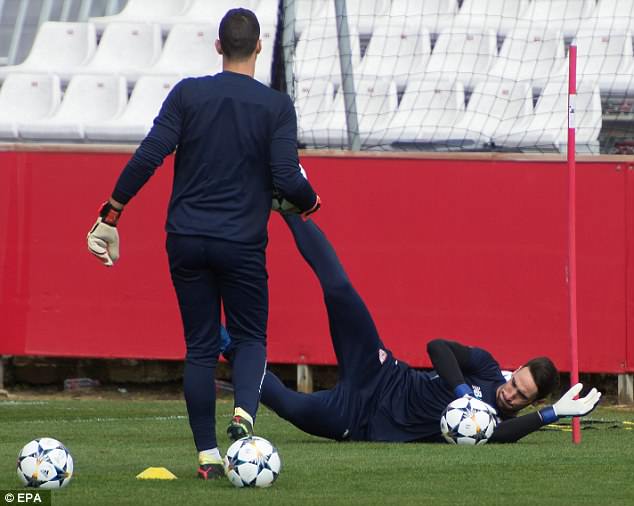