Police have uncovered an alleged  ‘sex cult’ in northern Italy whose female followers were brainwashed and abused by a 77-year-old man known only as The Doctor.

Officers carried out raids on Sunday against the group, based in the town of Novara, near Milan, on suspicion of slavery and sexual abuse, including of young girls.

Police say the leader of the cult, who they have not named, used a series of businesses including dance schools, herbalists, craft shops and a publishing house to lure in vulnerable and often wealthy women who he would then indoctrinate. 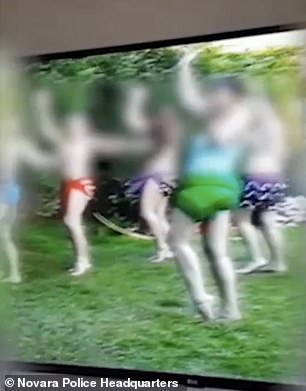 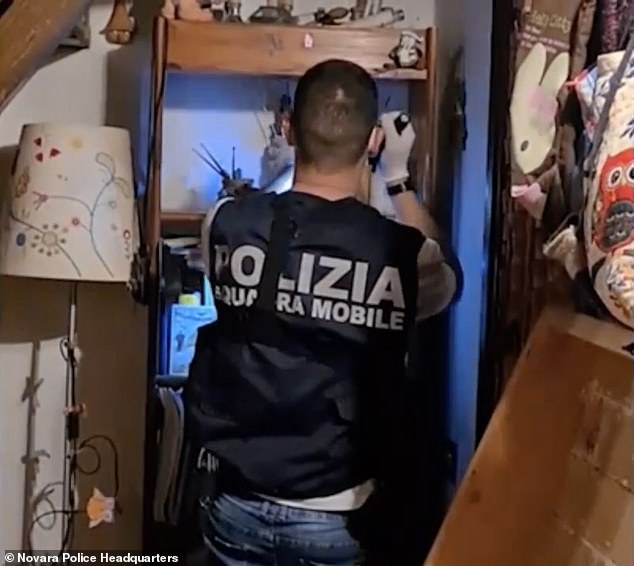 Officers carried out raids on houses and businesses belonging to the group – which included two dance schools, herbalists, craft shops and a publishing house

As part of their indoctrination they would be subjected to ‘unbearable violence and abuse of all kinds’, police said.

Officers say the group was structured like a pyramid, with a cabal of the most loyal followers closest to The Doctor, with those who expressed skepticism in his beliefs towards the bottom.

The women referred to each-other as ‘beasts’ who were not allowed to know or speak their leader’s name, Il Messaggero reports.

Among those who were most loyal to the god-like figure were psychologists, who helped identify other women to indoctrinate.

Once involved with the cult, the women would be convinced to sever all ties with their family, or else persuade their relatives to join.

They would then be put to work for the group, with The Doctor deciding which job they were best suited for.

Some of the women were also given houses, making them entirely dependent on the cult for survival.

The Doctor would then dictate their movements and who they could talk to, threatening to cut them off if they refused.

His belief system was based around Celtic-style mysticism that included ‘magical practices’ and ‘fairy places’, police said. 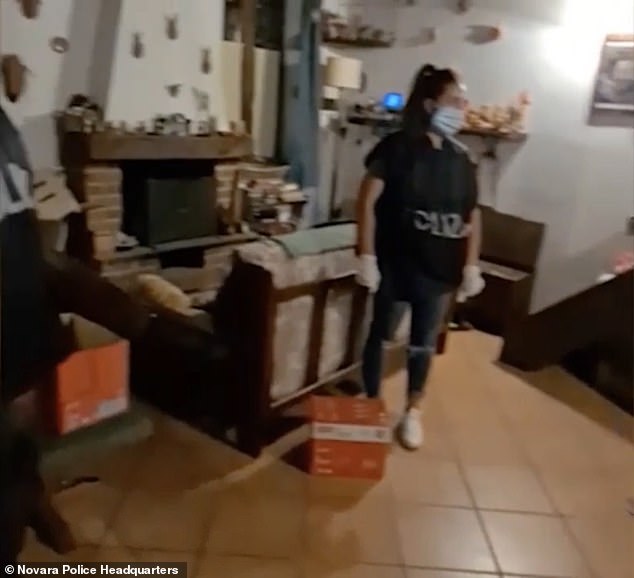 The women were persuaded to submit to sexual abuse and torture that would ‘light their inner fire’ and grant them access to this ‘magical, fantastic and secret world’.

Video released by police from one of the dance schools shows a group of topless women in short skirts dancing in a garden, in one such ritual.

As well as undergoing these tests of faith, women often had to pay steep membership fees to The Doctor to finance the group.

Police say the organisation was founded 30 years ago and was still active when their raids were carried out.

Officers had been investigating for two years after being tipped off by a former member who told them how she had been kept as an effective slave.

Police have not yet announced any arrests, and have not said how many people were involved in the organisation or what role they played.

Officers are also investigating the group’s finances, but have not revealed how much money was behind it.