Sex offender, 62, sentenced to life in prison after raping and burning alive a pro poker player, 33

A homeless sex offender who brutally raped and burned alive a professional poker player has been sentenced to life in prison – but he said he’ll appeal the verdict.

Jeffery Morris, 62, was handed life without parole on Thursday after being convicted of first-degree murder and felony murder in the commission of second-degree criminal sexual conduct a month ago.

When he was given a chance to speak, he said he had a ‘lot to say,’ but would ‘[at] this time I’m not gonna say anything.’

‘I’ll wait till I come back for an appeal and begin again,’ he told the judge.

The two met at a Waterford Township motel on July 12, 2020, where she often stayed. Evidence indicated that Zhao was brutally raped, which had caused damage to her genitals, restrained with zip ties, doused in gasoline, and burned alive.

Jeffery Morris, 62, (pictured on Thursday) was sentenced to life without parole on Thursday for the murder of Susie ‘Susie Q’ Zhao, 33, in July 2020 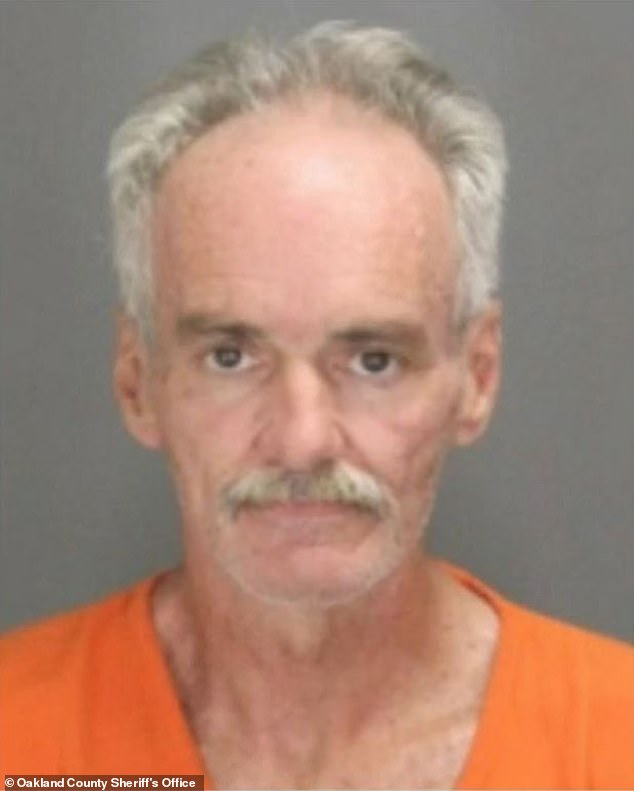 He indicated that he would appeal the verdict, stating: ‘There’s a lot I’d like to say…I’ll wait till I come back for an appeal and begin again’ (pictured in 2020) 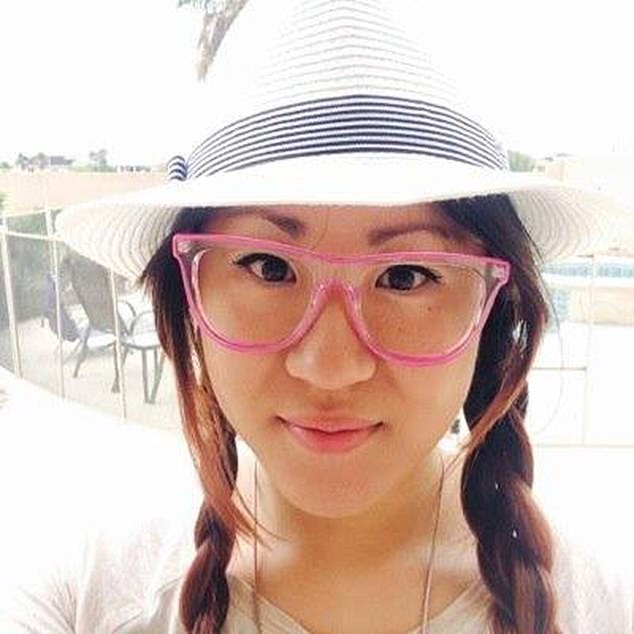 Prosecutors took less than an hour to convict him of brutally raping, tying up, and burning the pro poker player (pictured) alive

In a preliminary hearing in 2020, deputy medical examiner Dr. Andrew Hanosh told the court via teleconference that Zhao’s tongue had been burned, her hair had been singed off and smoke and soot were discovered in her airways and lungs, leading to the conclusion that she was alive when she was set on fire.

Nahosh estimated that Zhao suffered burns to at least 90 percent of her body.

An autopsy also revealed extensive damage to the victim’s genitals from having been ‘punched’ with a fist or another object.

Her body was discovered by two men in a wooded area near Pontiac Lake State Recreation Area and it was burned so badly they thought it was a mannequin.

Both Morris and Zhao stayed at the Sherwood Motel in Waterford, and an FBI agent told the court that cellphone tower records indicated that the pair traveled from the motel to a remote part of the recreational area.

Prosecutors said the crime played out Morris’ depraved sexual fantasy, which included brutality against Asians and bondage, the Oakland Press reported. Morris was previously convicted of a sex crime in 1989.

Morris told cops in 2020 after his arrest he had picked Zhao up on Watkins Lake Road and they checked into the Sherwood Motel around 9.26pm on July 12.

The suspected killer said the pair then left the motel briefly to buy alcohol at a party store before returning. 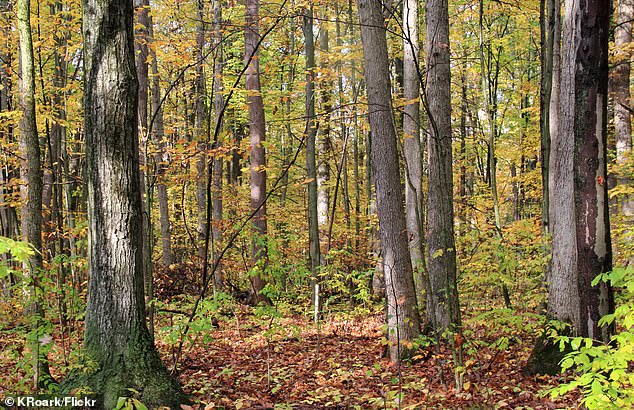 The two met at a Waterford Township motel on July 12, 2020, before going to a remote area, where her body was found

Zhao then left the motel at midnight ‘and took all of her belongings including her cell phone with her, Morris told cops.

The suspect then drove to the remote 3,745-acre park where he stayed for around seven minutes, WXYZ reported.

Police believe Morris bound Zhao with zip-ties, sexually assaulted her with a large object before she was ‘lit on fire until she died.’

Morris was arrested on July 31 after he was pulled over in his vehicle in Ypsilanti on a warrant by officers from White Lake Township.

A search of his vehicle uncovered a fitted bed sheet with apparent blood stains and a wooden baseball bat with a possible big blood stain.

Several footwear impressions, hairs, fibers and other items with possible blood stains and duffel bags with Morris’ identification inside were also found in the car, court records show.

Morris has a long history of violent and sexual crimes dating back more than three decades.

Morris was convicted of third-degree criminal sexual conduct in Oakland County Circuit Court in 1989 and has multiple domestic violence charges including pleading guilty to misdemeanor domestic violence in 2009.

At the time of Zhao’s murder, he was on probation for retail fraud.

‘What happened to her was just so unkind, so brutal and needless,’ prosecutor John Skrzynski said on Thursday. 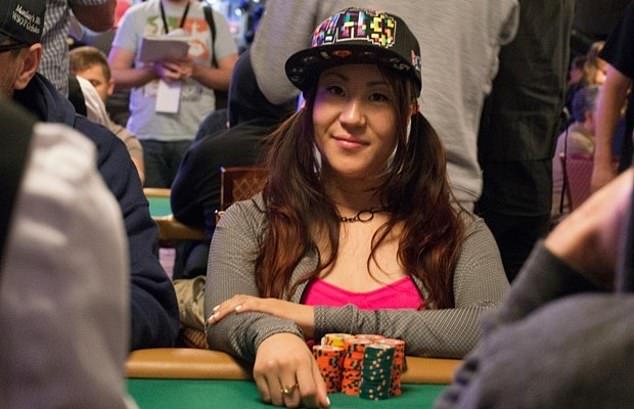 A medical examiner estimated that Zhao suffered burns to at least 90 percent of her body. Prosecutors said the crime played out Morris’ depraved sexual fantasy, which included brutality against Asians and bondage 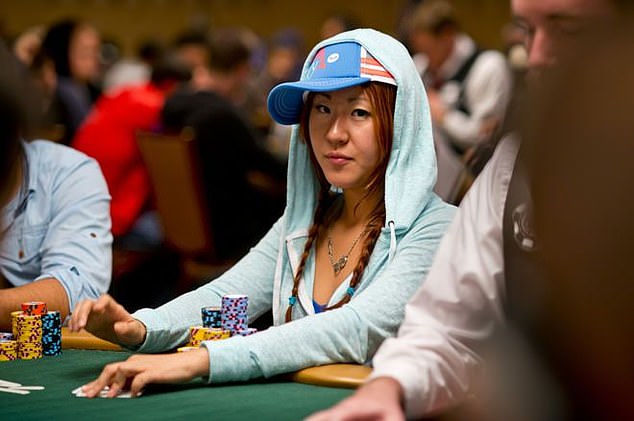 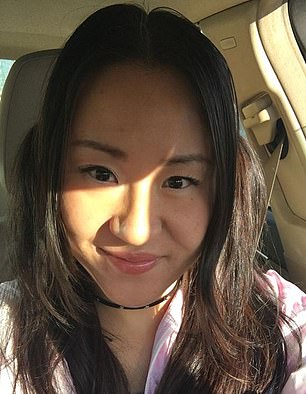 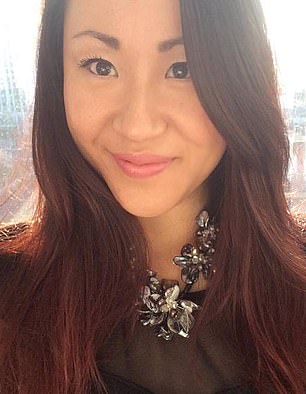 Judge Martha Anderson said this case was ‘one of the most agonizing trials’ she has ever endured and that she ‘cannot get over the brutality of this murder and the needlessness of it all.’

‘You took advantage of an individual who was fragile, and basically destroyed everything she had accomplished in her life,’ she told him.

Zhao had moved to Michigan from Los Angeles in June 2020 to live with her mother and stepfather. She was also diagnosed with schizophrenia as an adult.

She had been born in China and moved to the US at the age of eight.

‘[Zhao] found a lot of power in a deck of cards,’ her childhood friend Meredith Rogowski, who spoke in court said. She also said her friend ‘spoke modestly about her gambling success.’