Disturbing video footage has emerged showing a man convicted of sexual assault being forced to simulate sex acts on a spoon while wearing women’s clothing inside a prison in Argentina.

Convicts at the penitentiary in Mendoza, Argentina, can be heard laughing in the background in one of the videos as they forced a 25-year-old man to dance.

The convict, who has been serving a five-year sentence since 2016 for crimes including sexual abuse, is told to turn around and move his buttocks.

Prisoners used a smuggled cell phone to record the moment they attack the man. The jailed men made the 25-year-old dance while wearing women’s clothing

The prisoners whistle and catcall the man before one man slaps the victim in the face with a slipper.

The inmates then force the convict to simulate a sexual act on a large spoon which is placed inside his mouth.

The inmates used a cell phone they smuggled into the prison to record this incident and one other involving the same man.

A few days after the inmate was accused of trying to sexually assault a staff member who was teaching an art class, the prisoners decided to strike again.

A male prisoner grabs the inmate’s neck while other men smack him and giggle.

The inmate who appears to be filming the incident then uses a stick and shoves it into the victim’s mouth as everyone around him laughs in unison. 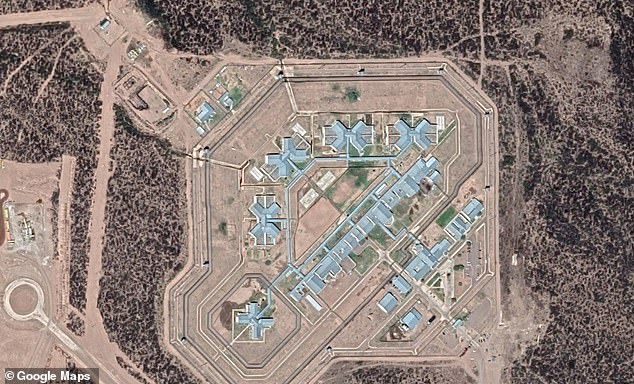 The victim’s mother told an Argentine news outlet on Tuesday that her son has been suffering mental health issues after a crash caused brain damage in 2013.

‘He used to be a man and now he is a boy,’ the mother-of-six children explained.

His mother is now pleading with authorities to allow her son to return to her home, even if means he has to wear an ankle bracelet.

She added that her son’s mental condition makes him a target.

According to his mother, the assault took place between December 21 and 24 in one of the prison’s inmate yards.

Her son was immediately transferred to another holding area in the penitentiary were he remained in solitary confinement following the incidents.

‘I don’t care if they hand him over to me monitor… but I need to take him out of there because if I don’t do it now I’m going to take him out in a coffin,’ the worried mother said.