‘Sexiest doctor alive’ saves a life on a flight to Israel after man, 26, went into shock

A celebrity physician voted ‘Sexiest Doctor Alive’ saved the life of a passenger who went into anaphylactic shock during a flight to Israel.

Matt Faraco, 26, from Atlanta, Georgia, was on board a Delta flight on June 30 from New York City to Tel Aviv on Birthright when he felt his hands swell and his throat begin to close.

The flight attendants recognized that he was having a life-threatening allergic reaction and asked if there was a physician aboard the plane.

Luckily, Dr Mikhail Varshavski – from New York City, and better known by his YouTube moniker, Doctor Mike – happened to be on the flight.

He was able to administer a solution from Delta’s first aid kit that opened Faraco’s airways and allowed him to breathe normally again.

At the time, his reaction was a mystery. Days later, doctors in Israel learned that Faraco had been bitten by a lone star tick a couple of weeks before the flight, and concluded that it left him with a severe allergy to meat, which he ate the night before his trip.

Matt Faraco, 26, from Atlanta, Georgia, was on board a Delta flight on June 30 from New York City to Tel Aviv. Pictured: Faraco, right, with Dr Mikhail Varshavski 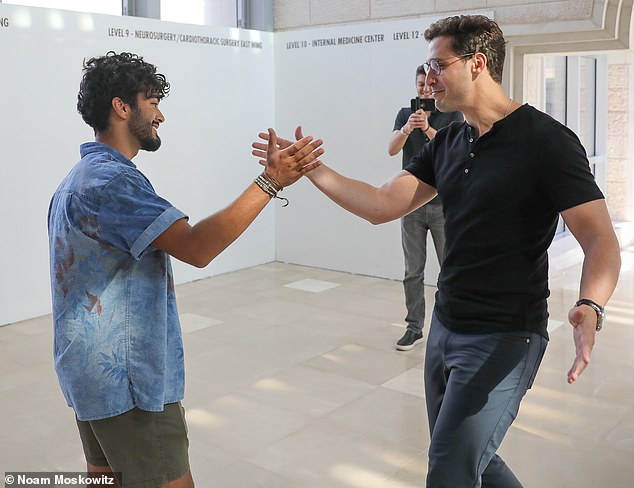 About two hours in, Faraco went into anaphylactic shock, which is when the immune system overreacts to an allergen. Pictured: Faraco, left, meeting up with Dr Varshavski a few days after the incident

Dr Varshavski told DailyMail.com that the incident occurred about right after the first meal as they flew over the Atlantic Ocean.

Faraco’s hands were beginning to swell, but he hadn’t had anything to eat or drink besides water.

‘When he first came up to me, he told me he had steroids and Benadryl, which I recommended he take first,’ said Dr Varshavski, 29, a family physician who practices in Overlook, New Jersey.

Faraco had been feeling some classic allergy symptoms the night before – such as watery eyes – but nothing too serious and had brought the Benadryl with him just in case.

WHAT IS ANAPHYLACTIC SHOCK?

Anaphylaxis, also known as anaphylactic shock, can kill within minutes.

It is a severe and potentially life-threatening reaction to a trigger, such as an allergy.

The reaction can often be triggered by certain foods, including peanuts and shellfish.

However, some medicines, bee stings, and even latex used in condoms can also cause the life-threatening reaction.

It is considered a medical emergency and requires immediate treatment.

Treatment includes using an auto-injector, such as an EpiPen, Adrenaclick or Auvi-Q.

It contains epinephrine solution – a medication and a hormone – that is injected into the thigh muscle.

The solution dilates blood vessels to bring blood pressure back and up and relaxes the muscles of the airways so the sufferer can breathe again.

About 15 minutes, later Faraco’s throat began swelling and he went into anaphylactic shock.

This occurs when the immune system releases chemicals that flood the body.

Blood pressure suddenly drops and airways narrow, which prevents someone from breathing normally.

Symptoms usually occur within minutes and include hives, a weak pulse, nausea, vomiting, dizziness and a swollen tongue or throat.

To reverse this, an epinephrine solution – a medication and a hormone – is injected into the thigh muscle, which dilates blood vessels to bring blood pressure back and up and relaxes the muscles of the airways so the sufferer can breathe again.

Dr Varshavski brought Faraco to the front of the plane, right outside the cockpit to treat him.

There was no EpiPen on board, but the Delta crew did have a first aid kit with epinephrine and a large needle.

‘The only problem is it’s not dosed for an anaphylactic shock and you could easily mistakenly double or triple the dosage,’ Dr Varshavski said.

‘It could be toxic to him, to the heart, and it could give him a heart attack.’

Had there not be an epinephrine solution on board, the plane would have had to land or Dr Varshavski would have been forced to make ‘a very difficult incision with some very rudimentary tools’ to access Faraco’s throat.

‘This is not something we really do, and this would only be a dire solution, because it’s very easy to accidentally cut a blood vessel and kill him,’ he explained.

Over the next seven hours, Dr Varshavski monitored Faraco’s vitals, using the flashlight on his iPhone to make sure the throat was open.

After Faraco went back to his seat, Dr Varshavski checked his vitals every 30 minutes and, before landing, advised him go to an emergency room and get an EpiPen. 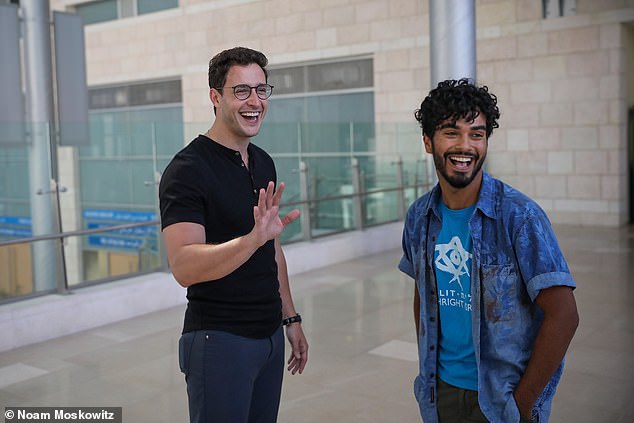 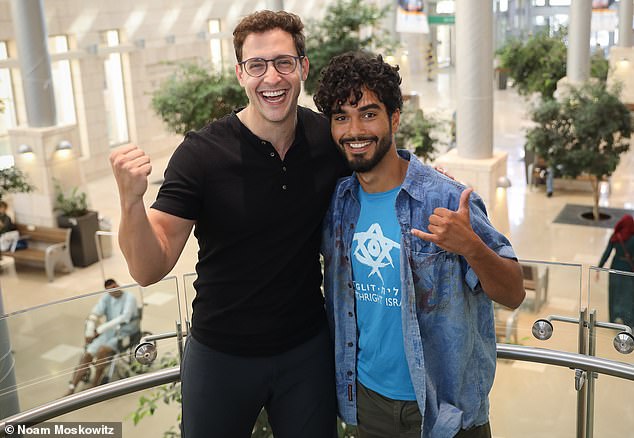 The two reunited in Jerusalem a few days later, by which time Faraco recovered. Pictured: Dr Varshavski, left, with Faraco 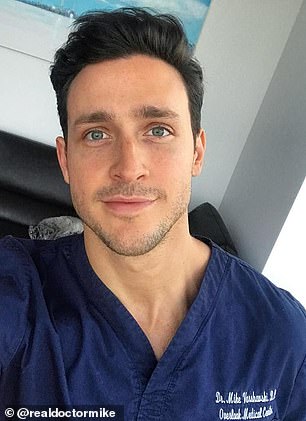 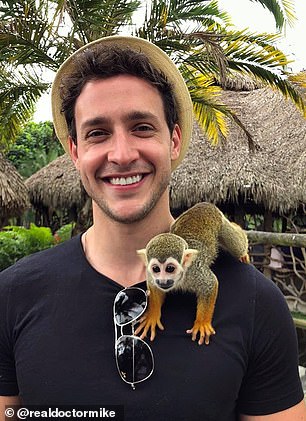 Dr Varshavski (left and right) says a lot of the time he had to spend time figuring out the dosing and reading instructions before administering the epinephrine. He said he hopes that all airlines in the future will be equipped with EpiPens

Dr Barshavski was traveling to Tel Aviv as part of America’s Voices in Israel, a program bringing media personalities from the US to Israel to broadcast there and bolster Israel’s image.

The two coincidentally met up at a hospital in Jerusalem a few days later, by which time Faraco had recovered. 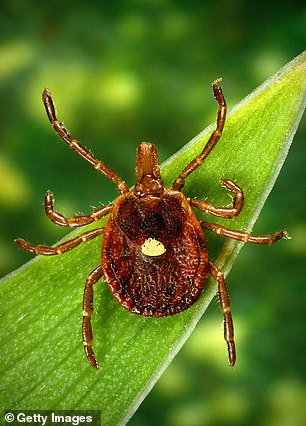 Doctors in Israel later learned that Faraco had been bitten by a lone star tick (pictured), which has been known to cause people to have allergies to red meat

Doctors in Israel later learned that Faraco had been bitten by a lone star tick, which has been known to cause people to have allergies to red meat.

Faraco had eaten red meat the night before the flight, and physicians believe this led to a delayed allergic reaction.

Dr Varshavski said he wants this to be a learning moment for all airlines to equip each flight with an EpiPen.

‘I can’t believe on airplanes, which is an enclosed space and food is being shared, that there is not an EpiPen,’ he said.

‘I had to take time to sit and read the instructions, break off the plastic cover on top of the needle, while an EpiPen is made to be used very quickly and that’s something a lay person can give.’

Dr Varshavski has amassed a huge following on social media, including Instagram and Facebook by creating medically-themed educational entertainment and was named Sexiest Doctor in People’s 2015 issue of ‘Sexiest Man Alive’.