Labour was under intense pressure last night to remove the whip from an MP who made sexist, homophobic and racist comments.

As the party was forced to launch an inquiry into Jared O’Mara’s conduct, Conservatives and Liberal Democrats demanded he be suspended.

It followed fresh allegations that the Sheffield Hallam MP had called a constituent an ‘ugly b****’ only seven months ago.

Jared O’Mara said he should not have to resign over his past comments because as a member of Labour, he can help others to rid themselves of prejudice as he has done. If he were a Tory the circumstances would be different, he said

However, Labour refused to expel him immediately and Mr O’Mara attempted a bizarre defence of his conduct, saying that he did not believe he should resign – though if he were a Tory, the circumstances would be different.

On Monday night, Mr O’Mara stood down from the women and equalities select committee after it emerged that he had made a series of sexist and homophobic online comments in 2002 and 2004.

Mr O’Mara, 36, who defeated Nick Clegg to win his seat at the general election in June, said he was ‘deeply ashamed’ of the comments and had been on a ‘journey of education’ since his early 20s.

Labour’s education spokesman Angela Rayner defended him, saying the comments were from 15 years ago and he had reformed.

But yesterday a bar worker claimed that Mr O’Mara, whom she had once dated, make abusive remarks about her while DJing in a nightclub in March.

Sophie Evans told the BBC’s Daily Politics show that she had met him through a dating app but things did not work out.

She said of the incident: ‘Obviously some of the things aren’t broadcastable but there were some transphobic slurs in there, but he called me an ugly b****.’

Mr O’Mara denied the allegations yesterday. It was also claimed in The Sun that he complained to colleagues about working on Fridays because he is ‘always really hungover on Fridays’.

When asked if he should resign, Mr O’Mara told the Labour-supporting Huck Magazine: ‘I think there’s a place for me.’

But he claimed it would be different if he were a Tory MP as ‘the very culture of Conservatism’ did not foster equality. 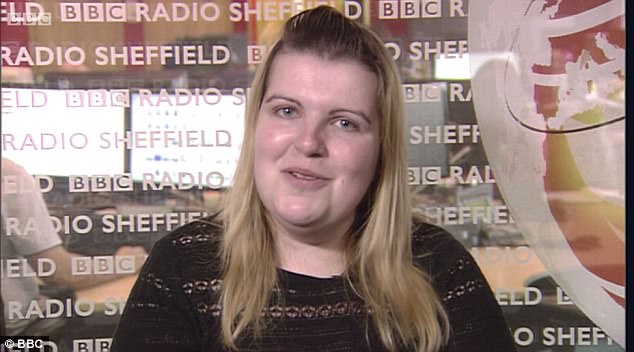 ‘I want to educate people and help people going through those prejudices grow out of them,’ he said. ‘I’ve gone on that journey and feel I can help.

‘The culture I grew up in was… lad culture and football and all that. I got swept up with it and it warped my mindset. It turned me into a bitter and spiteful person, if I’m being honest.’

In a letter to Labour leader Jeremy Corbyn last night, Education and Women’s Secretary Justine Greening called for the whip to be withdrawn from Mr O’Mara.

She wrote: ‘Violent, sexist and homophobic language must have no place in our society, and parliamentarians of all parties have a duty to stamp out this sort of behaviour wherever we encounter it, and condemn it in the strongest possible terms.

‘These comments show the deep and persistent stain on Labour’s ability to represent women, the LGBT community and wider society.

‘It is time you step forward, as leader of the Labour Party, and send a message that this sort of behaviour will not be tolerated.’

Liberal Democrat leader Sir Vince Cable said: ‘Labour needs to withdraw the whip from him immediately. People must have confidence that MPs will stand up against prejudice.’

Labour announced an investigation into Mr O’Mara’s ‘comments and behaviour’ but said the whip had not been withdrawn.

MP Chris Leslie said there had to be ‘consequences’ for his comments and Shadow Chancellor John McDonnell said the language at the centre of the latest allegations was not acceptable.

Mr McDonnell added: ‘He has apologised for what we knew yesterday. He issued a profuse apology. Any language like that we know is unacceptable and I’m hoping he will apologise for that.’

It is the second sexism row to hit the Labour Party in a week. MP Clive Lewis apologised after a video emerged of him telling a man to get ‘on your knees b****’.