By Jesse Hyland For Daily Mail Australia and NCA NewsWire

The sexual assault charge against former Liberal Party staffer Bruce Lehrmann is set to be dropped by police.

The lead prosecutor in the trial against the man accused of raping Brittany Higgins, Bruce Lehrmann, will make an unexpected statement about the case on Friday.

In a note sent to media on Thursday afternoon, the office of the DPP said Mr Drumgold would not be taking questions on the matter. 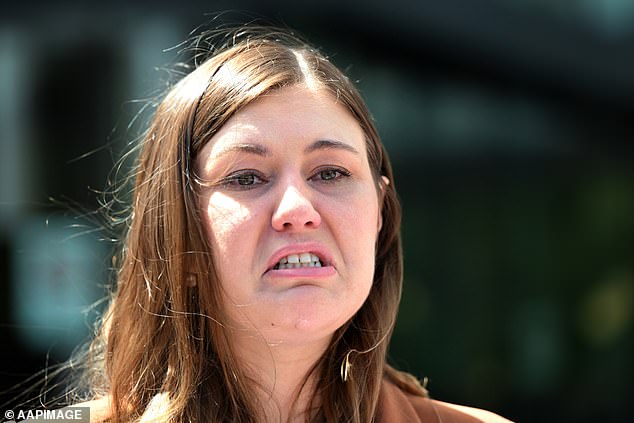 Mr Lehrmann denies allegations that he raped his former colleague in Linda Reynolds´ministerial office at Parliament House after a night out drinking with work colleagues in March 2019.

He has pleaded not guilty to sexual intercourse without her consent and being reckless to her consent.

The last minute notice comes just a week after it was revealed the ACT Supreme Court would hold a surprise closed hearing into Mr Lehrmann’s retrial.

Media were banned from attending the hearing and from reporting about what the application was about.

Mr Lehrmann´s first trial was declared a mistrial after an allegation of jury misconduct.

The jury was discharged following the discovery of academic paper on the topic of sexual assault was identified in the jury room.

It was despite the jurors being repeatedly warned by ACT Supreme Court Justice Lucy McCallum to not conduct outside research.

In written reasons published later, Ms McCallum revealed two additional documents had been found. They were brought in by the same juror.

A new trial was listed to begin in February 2023.