San Francisco police have released body and dashboard camera footage of a shootout between cops and a gun-wielding suspect at a barbershop that left one man dead.

The camera footage, which includes scenes from both in and outside the barbershop, shows the moments when police and the suspect shoot at each other, while bystanders take cover.

The incident began on March 21 at about 4.30pm, when police were called to assist family members at a home in San Francisco. The family said that a man identified as Jehad Eid, 21, of Suisun City, California, was threatening them with a gun and trying to break into their garage.

San Francisco police released body and dashboard camera footage from a March 21 shootout between officers and a suspect, Jehad Eid, 21, which left five people were injured and one dead 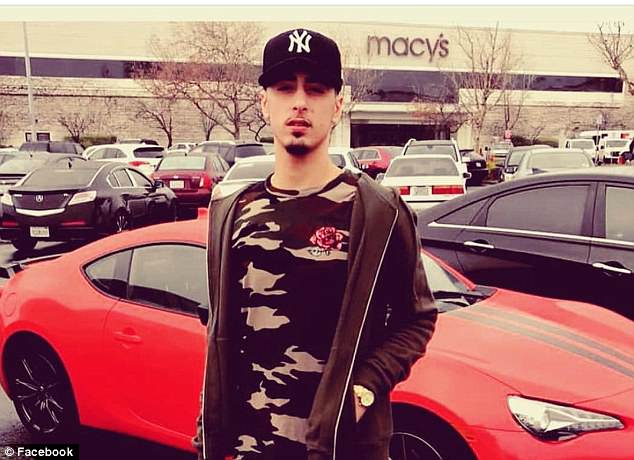 Police were called after family members said Jehad Eid had threatened them with a gun and was trying to break into their garage. Police tracked him down at a nearby barbershop

Police tracked down Eid at a nearby barbershop. Authorities said that when officers entered the barbershop, Eid stood up and fired them, according to CBS SF.

Eid was said to have fired nine shots at police, while two officers fired 26 rounds back at him, hitting him 18 times.

Eid received life-threatening injuries during the shoot out and was taken to the hospital, where he died from his wounds that night.

The other four people — including two barbers and a 17-year-old — who were injured during the shoot out were released from the hospital by Thursday, according to LiveLeak. A police officer was also shot in the leg during the confrontation and is said to be in fair condition. 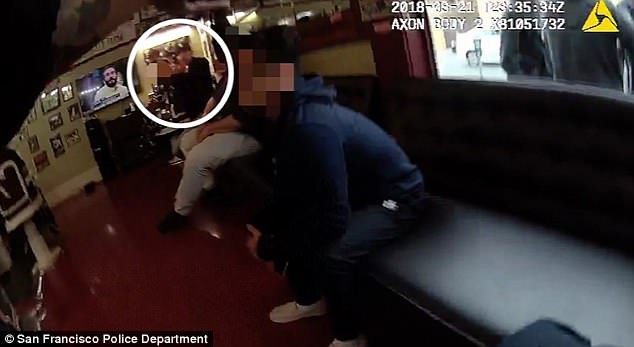 Body camera footage showed the moment when police entered the barbershop and exchange fire with the suspect, Jehad Eid (circled), who was located in the far corner of the shop 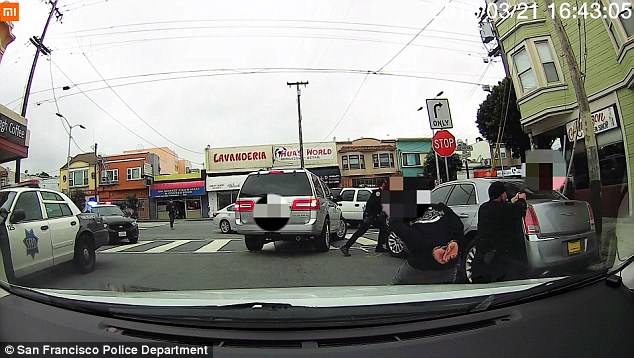 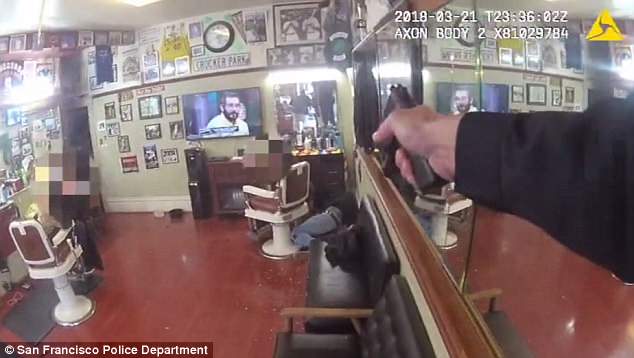 After the shooting, a police officer can be seen entering the barbershop and clearing it

In the body camera video, a uniformed and a plainclothes officer can be seen entering the barbershop and then, almost immediately, being shot at. They then draw their guns and begin shooting into the far corner of the shop.

Video footage captured by a passerby shows the officer, who had been shot in the leg, crawling out of the barbershop and onto the sidewalk.

The third video showed what was captured by a dashboard camera. In that footage, police and bystanders can be seen running for cover after the shots were fired. A police officer can also be seen getting a shield and preparing to enter the barbershop.

The three police videos were shown during a town hall meeting on Thursday, attended by Eid’s family members, as well as people who were shot during the incident.

One of the injured people said that he didn’t know whether he was shot by Eid or by a police officer.

One of Eid’s family members read a statement saying, ‘We understand the consequences of Jehad’s actions. We stand by the officer’s decision to use lethal force,’ according to ABC 7.