Labour frontbenchers have defied Jeremy Corbyn to back Theresa May’s tough line against Russia over the Salisbury nerve gas attack.

The party leader is facing a mounting revolt from his own side over his failure to condemn Moscow following the attempted murder of a former spy on UK soil.

Mr Corbyn was accused of parroting the Kremlin line in the Commons by making clear he did not accept that only Russia could have been the source of the military-grade Novichok agent.

The veteran left-winger’s chief spin doctor openly questioned the reliability of the UK security services, which have briefed Mr Corbyn on the nerve agent outrage.

Two frontbenchers are said to have suggested they could quit over the stance.

And shadow defence secretary Nia Griffith today broke ranks to say she did not agree with Mr Corbyn and it was ‘quite clear’ the incident was an ‘act of aggression’.

In an interview with the Daily Mirror, Ms Griffith said senior Labour figures had been briefed by security services over the attack on Sunday March 4 that left Sergei Skripal and his daughter Yulia fighting for their lives.

Asked if Mr Corbyn had undermined UK security assessments that it was ‘highly likely’ Russia was behind their poisoning, Ms Griffith said: ‘Looking back, perhaps it would have been easier for us if he had made it clear at the beginning of what he said, just how much we support the expulsion of the diplomats.

‘It would have been easier and perhaps we would not have had the conversations we are seeing.’

Meanwhile, shadow foreign secretary Emily Thornberry is said to have told a London seminar: ‘We utterly condemn this despicable act and support all the measures taken by the Government today.’

Shadow Northern Ireland secretary Owen Smith retweeted a Guardian op ed backing Mrs May’s strong response and commenting that it was ‘absolutely right’ about the ‘resolute, united strength we need to demonstrate in our response’.

Labour backbencher John Woodcock has tabled an Early Day Motion ‘unequivocally’ accepting the ‘Russian state’s culpability’ for the attack, and supporting ‘fully’ the statement made by Mrs May in the Commons. 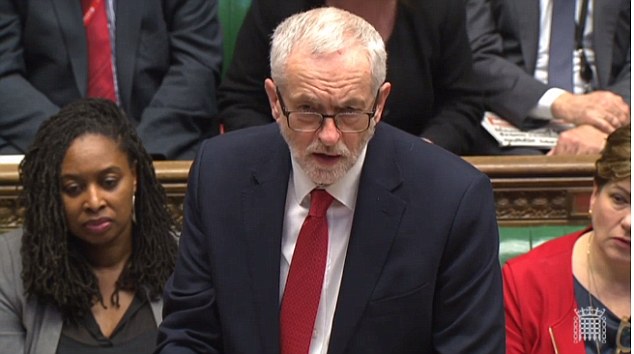 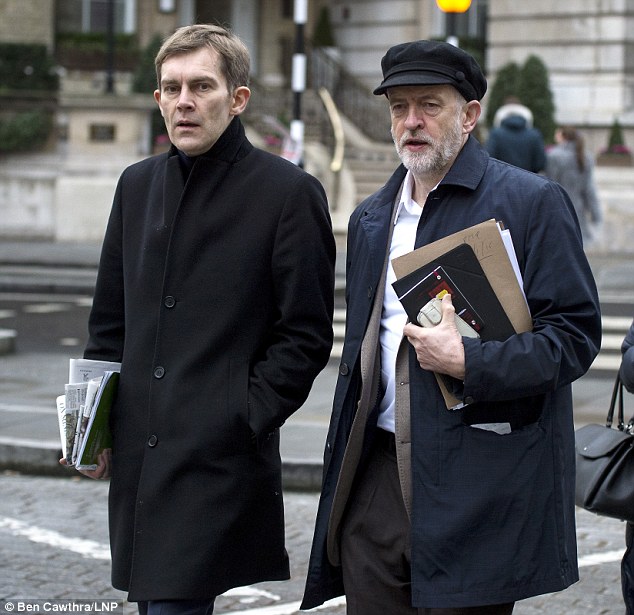 Jeremy Corbyn pictured with his communications chief Seumus Milne, who has downplayed the number of people imprisoned under Stalin’s murderous rule

A number of MPs have signed the motion, with some going public with their criticism of Mr Milne – who previously blamed Nato for Russian aggression in Ukraine and criticised sanctions as ‘disproportionate’.

Chuka Umunna said: ‘Mr Milne’s comments do not represent the views of the majority of our voters, members or MPs.’

In a briefing for journalists yesterday, Mr Milne said: ‘The Government has access to information and intelligence on this matter which others don’t.

‘However, also there is a history in relation to weapons of mass destruction and intelligence which is problematic, to put it mildly.

‘So, I think the right approach is to seek the evidence to follow international treaties, particularly in relation to prohibitive chemical weapons.’

Asked if he could rule out the possibility of Russia being framed, the spokesman said the evidence pointed ‘overwhelmingly’ to the two options set out by the PM. 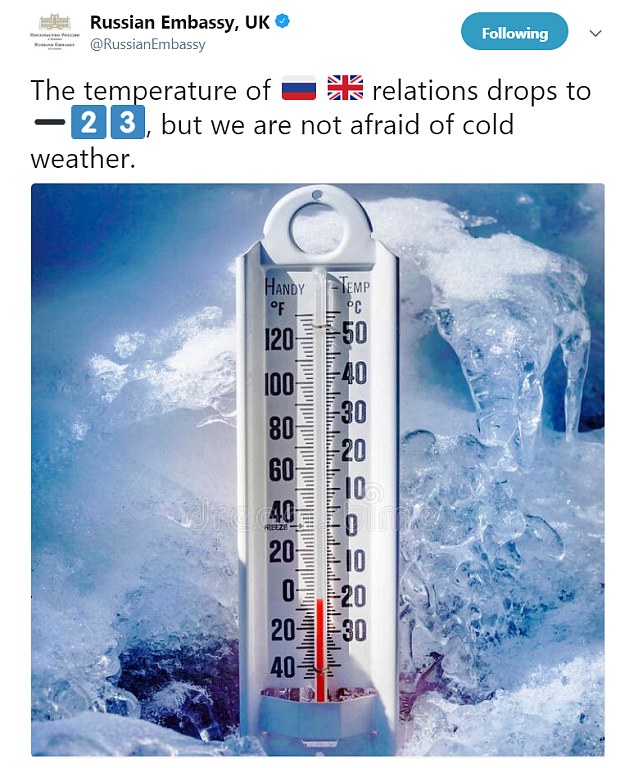