John McDonnell is to share a stage with a controversial United Nations official who once offered an animal sacrifice to Karl Marx.

The shadow chancellor will sit alongside Raquel Rolnik, a Left-wing academic who sparked anger four years ago by attacking Britain’s welfare reforms in a supposedly impartial report.

She was accused of publishing a ‘misleading Marxist diatribe’ after demanding that the Coalition government’s ‘spare room subsidy’ be scrapped, saying it left claimants feeling ‘abused in their human rights’.

Miss Rolnik, a Brazilian architect and urban planner, visited Britain in 2013 as the UN’s ‘special rapporteur’ on housing while the Coalition was trying to bring down the spiralling housing benefit bill.

She demanded the abolition of the spare room subsidy, which cuts payments to working-age claimants with more bedrooms than they need.

Miss Rolnik, who was nicknamed ‘the Brazil nut’, also referred to it as the ‘bedroom tax’ – Labour’s preferred name for the levy. Her report was published in 2014.

It also emerged that she had dabbled in Candomble, an African-Brazilian religion that originated during the slave trade.

Miss Rolnik, who was brought up a Marxist, once offered an animal sacrifice to Marx when she was doing a master’s degree in architecture so ‘he would leave her alone’ to study in peace.

Her elder sister Suely said Miss Rolnik had become ‘contaminated’ by other philosophies and offered the sacrifice to appease Marx.

Now Miss Rolnik seems to have nailed her political colours to the mast by appearing at a panel event run by Momentum, the Jeremy Corbyn-supporting grassroots movement, alongside the Labour conference.

On Tuesday she and Mr McDonnell will ‘discuss how a radical Labour government can lead the way in building a new international economic order that works for the many, not the few’, a programme for the event says. 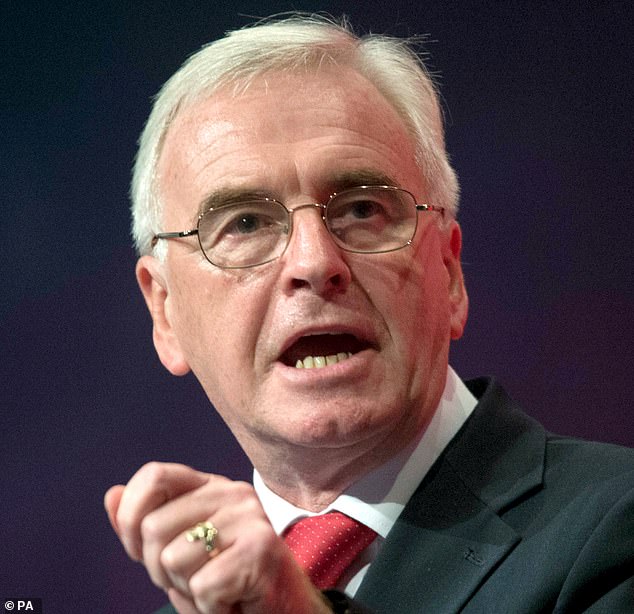