Shakhtar Donetsk were sent crashing out of the Champions League on Tuesday night after slipping to defeat away at Roma.

But striker Facundo Ferreyra made headlines all by himself for sending a ball boy crashing over the advertising hoardings.

The incident provoked a fiery exchange between both sets of players towards the end of a game that was decided by Edin Dzeko’s second-half strike. 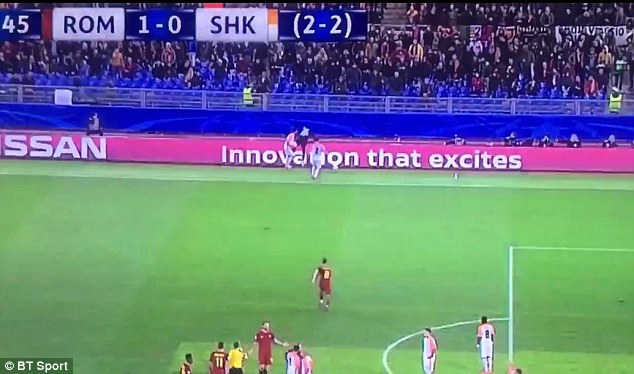 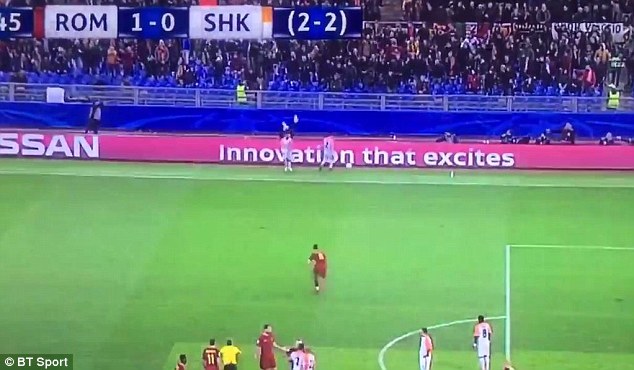 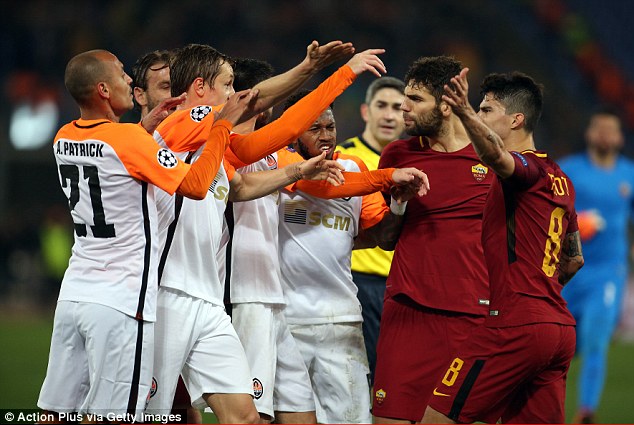 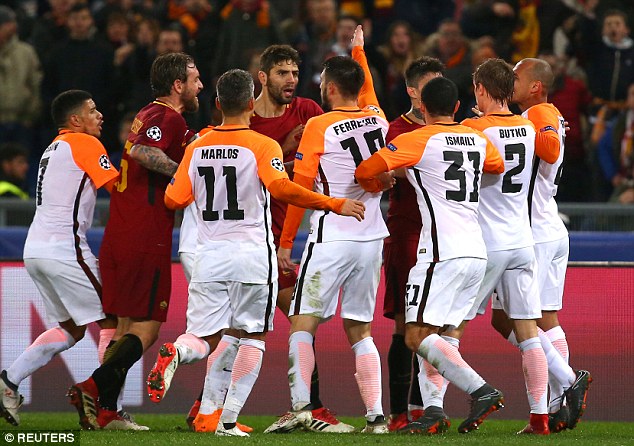 Roma were heading through on away goals before Ferreyra took matters into his own hands with time ticking away and the hosts keen to eat up minutes.

With just 10 minutes remaining a ball boy on the side of the pitch held onto the ball a little too long for the 26-year-old’s liking.

Ferreyra proceeded to shove him off his feet and over the advertising hoarding as he grabbed the ball from his grasp.

But his actions failed to inspire a late rally from his team-mates, who exit the competition at the last-16 stage.

Ferreyra has proved a success in Ukraine but famously failed to play a single minute of football in an entire season on loan at Newcastle in 2014-15. 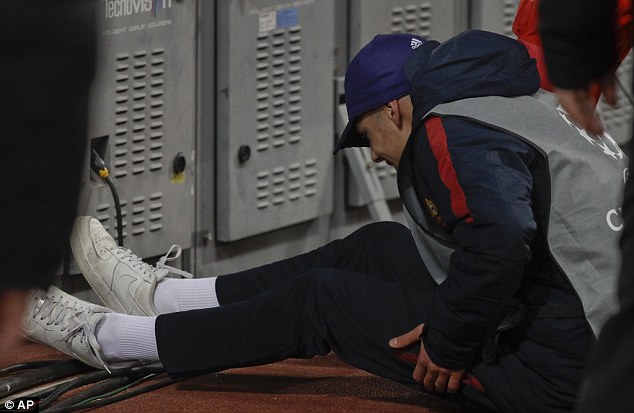 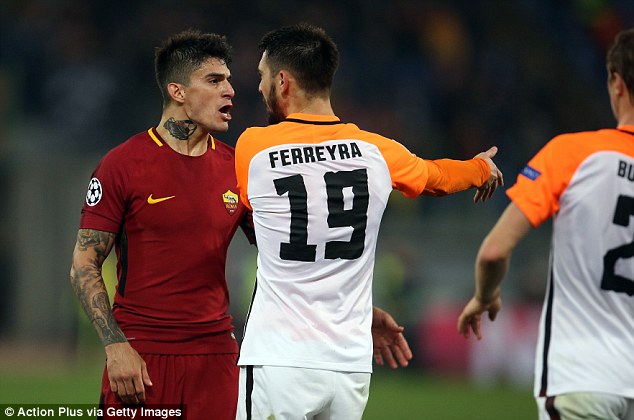