Shamed: The firms that charge you to pay by credit card

Dozens of travel companies, insurers, car dealers and even local councils are charging rip-off fees for paying by credit card – even though the Government says this is unacceptable.

A Money Mail investigation found customers are having to fork out as much as 3 per cent extra to pay by credit card.

In some cases, they are being charged £150 more than they would if they paid by debit card.

Dozens of travel companies, insurers, car dealers and even local councils are charging rip-off fees for paying by credit card – even though the Government says this is unacceptable

These fees have been branded a ‘rip-off’ by ministers and are being banned under new laws. Firms have been given until January 13 to get rid of so-called credit card surcharges.

Today we name and shame the firms hanging on until the last moment to make the changes. Among the offenders are holiday giant TUI (formerly Thomson), Ryanair, Centre Parcs and Ealing Council in London.

While none of these organisations is breaking the law, our research shows some could be making a profit.

Many firms claim they face extra costs for processing payments if you choose to pay by credit card rather debit card.

But Money Mail understands that these should be no more than 1.5 per cent, while many firms are charged less.

That means they could be lining their pockets if they’re charging customers anything higher.

James Daley, founder of consumer group Fairer Finance, says: ‘It’s shocking that companies and councils are brazenly hitting customers with these fees, which they know full well are unacceptable.

‘If they’re charging any more than 1.5 per cent then they’re either lying about their costs, or they’re not driving a good enough deal from their bank, which is a betrayal of the trust that customers and taxpayers put in them.

‘Many are just making excuses so that they can keep on milking customers for extra profits until the final hour.’

Customers are being hit hardest when they make big purchases such as holidays and cars because the fees are a percentage of the price.

One customer was slapped with an extra £79 fee when she fell ill with pneumonia on a TUI cruise and ran up a £3,950 medical bill.

Another was told to cough up an extra £100 to pay a £5,000 car deposit by credit card at Mill Volvo, a dealership in Newcastle. 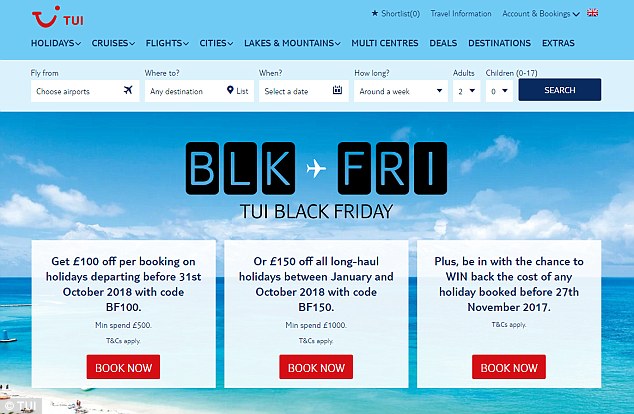 We’ve also found wedding venues charging an extra £150 for a £6,000 catering and room hire package. Councils such as Ealing, South Cambridgeshire and West Dorset are hitting residents with an extra £40 on a typical £1,600 council tax bill.

Insurers that impose fees include Swinton, Endsleigh and Debenhams, which all charge 2.5 per cent. Admiral imposes a flat fee of £5.95. Meanwhile, the DVLA charges a flat fee of £2.50 on car tax payments. Many companies have been charging these fees for years.

This is because banks have historically charged retailers 2 per cent or more to process credit card payments. So if someone made a £100 purchase by card, the retailer had to give the bank £2.

In 2013, the Government banned firms from passing on more than a fee ‘representative’ of the cost of processing the payments. But consumer groups say the rules were too vague and didn’t solve the problem. Then in 2015, the EU curbed the so-called interchange fees banks could charge retailers.

Now banks can charge no more than 0.2 per cent to the retailer if you paid by debit card and 0.3 per cent if you paid by credit card. However, the banks are able to add on a ‘merchant service charge’, which covers the cost of renting a card machine and other expenses. This uncapped fee is usually no more than 1.2 per cent, experts say.

So in total, the cost to retailers of processing card payments should be no more than 1.5 per cent.

A separate Brussels ruling called on all EU countries to ban charges on Visa and Mastercard payments. In Britain, ministers went further, including charges for using American Express, PayPal and Apple Pay in the January 13 ban.

Some organisations have stopped taking credit card payments altogether. HMRC, which currently charges up to 0.6 per cent to pay by card, will only take debit cards from January 13.

A South Cambridgeshire District Council spokesman says it received £15,843 in card charges from taxpayers over the year to April, but had to pay out £15,140 to Capita to process these payments.

A spokeswoman for Ealing says its charge is ‘to cover the fees of up to 1.89 per cent charged by banks to the council for processing these payments as well as covering internal processing costs.

It is reviewing its charges and will look at ‘whether it is possible to reduce them’, she adds.

A spokesman for CityJet says it is reviewing its charges and points out it is ‘one of the few carriers to offer free seat selection, free checked bag and complimentary drinks and snacks on all flights’. 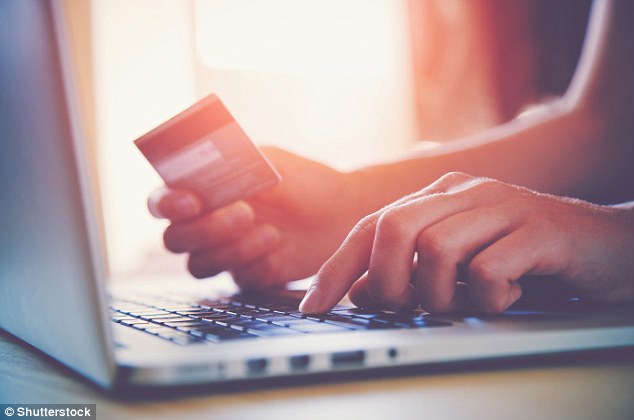 A separate Brussels ruling called on all EU countries to ban charges on Visa and Mastercard payments. In Britain, ministers went further, including charges for using American Express, PayPal and Apple Pay in the January 13 ban

Admiral says it is abolishing all credit card charges ‘within three weeks’ and has never made a profit from the fees.

Cruise & Maritime Voyages says it has ‘no control’ over the fees its trade partners charge for credit cards. It says its current fees do not cover its costs and all charges will be scrapped on January 13.

Trade body The Travel Network Group says fees for small tour operators, which it represents, can be up to 2 per cent.

The DVLA says it ‘does not profit’ from credit card fees. Swinton says it is ‘in the process of removing credit card charges’ in time for the January deadline.

Motorpoint says its 2 per cent fee ‘represents the fee we are being charged’ by its supplier. It will remove it on December 1.

Holidaycottages says this year it has suffered a loss overall on the cost of processing credit cards but will remove its 2 per cent fee ‘soon’.

Centre Parcs, Ensleigh, Trainline and Ryanair say they will meet the January deadline. Mill Volvo says its policy is not to charge fees for cards and has emailed sales staff to make this clear.

From whether interest rates are really about to rise, to investing tips, or what makes a new £10 note valuable, the This is Money team and Georgie Frost wrap up the week’s essentials in an easy to listen to 40-minute show.