Shane Lowry opens up a four-shot lead at The Open

Three years after taking a four-shot lead into the final round of the US Open, Ireland’s Shane Lowry has the same advantage heading into the last day of the 148th Open after a sensational performance at Royal Portrush.

Roared on by a capacity crowd, Lowry carded a stunning eight-under-par 63 to get one hand on the Claret Jug as he tries to become only the fifth Irish winner of the Open after Fred Daly, Padraig Harrington, Darren Clarke and Rory McIlroy.

McIlroy had set the course record of 61 at Portrush as a 16-year-old amateur but Lowry’s 63 established a new one for the revised layout and a birdie on the 18th would have equalled the lowest round in major history set by Branden Grace at Birkdale in 2017. 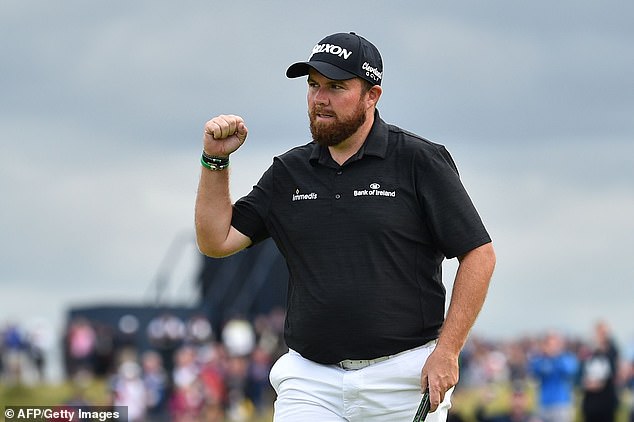 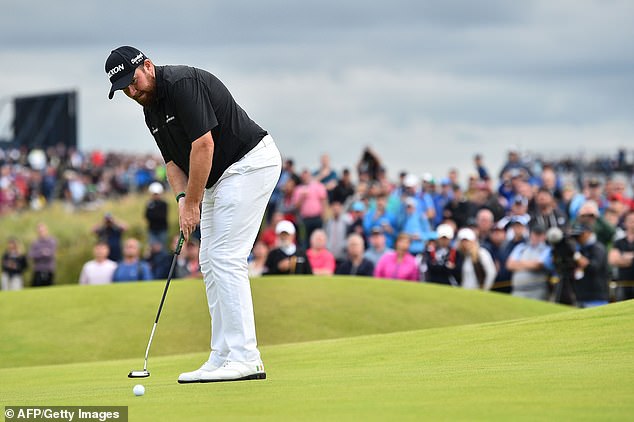 Roared on by a capacity crowd, Lowry carded a stunning eight-under-par 63

Lowry’s long-range attempt trickled agonisingly past the hole, but the 32-year-old from Offaly understandably could not wipe the smile from his face as chants of ‘Ole, Ole, Ole’ rang out from the grandstands.

England’s Tommy Fleetwood is Lowry’s nearest challenger on 12 under par after carding a bogey-free 66, with JB Holmes two shots further back and world number one Brooks Koepka and Justin Rose seven off the lead on nine under.

‘I really enjoyed today, obviously I played great golf and the crowd were incredible. Every time I got a putt I wanted to hole it and hear that roar again. I said to Bo (Martin, his caddie) walking off 17, ‘We might never experience anything like the next half-hour again, so let’s make the most of it’.

‘I just felt so comfortable out there and hope I do tomorrow. I have a tough 24 hours ahead of me, but there’s nowhere I would rather be. I have a four-shot lead in an Open in Ireland. Tomorrow is going to be incredible no matter what happens.’

Asked about losing that four-shot lead at Oakmont in 2016, Lowry added: ‘I hope I’m going to be able to deal with it better. I know it’s going to be difficult and hard but hopefully I am ready for it.’ 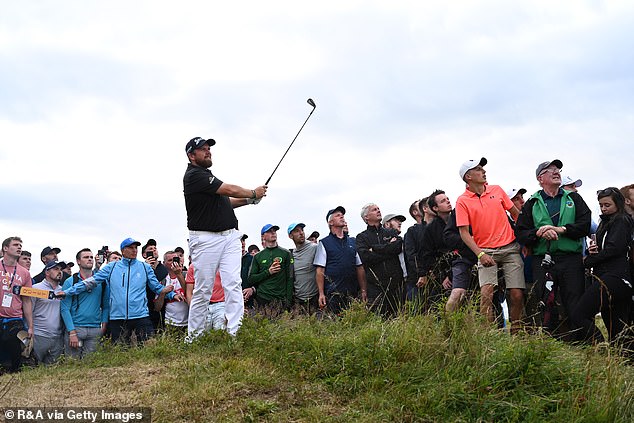 With the final groups unexpectedly getting the best of the weather, low scoring was essential and Lowry did not take long to get into red figures, a superb tee shot on the par-three third setting up a birdie from close range.

Lowry also birdied the fifth and ninth to reach the turn in 33 and move into the outright lead, although Fleetwood was playing equally well and his fourth birdie of the day on the 10th got him back on level terms.

In the group behind, Lowry used a combination of luck, judgement and the contours of the 10th green to fashion another birdie and edge in front again, but Fleetwood responded immediately on the par-five 12th.

Lowry two-putted the same hole for his fifth birdie of the day and then enjoyed a huge slice of luck on the 14th, where an errant drive was heading for dense undergrowth only to hit a male spectator on the back of the neck and land in light rough.

From there Lowry was able to make par and he took full advantage with birdies on the 15th and 16th, the latter courtesy of a stunning tee shot to seven feet on a 232-yard par-three which fully deserves its name ‘Calamity’ due to the danger lurking to the right of the green.

Lowry was not done there and chipped to two feet to set up a final birdie of the day on the 17th, Fleetwood unable to close the gap after completing his round with six straight pars.