Shane Warne’s gym fanatic son Jackson, 21, has revealed why he didn’t want to emulate his father’s cricketing success despite taking a hat-trick in his final high school cricket game.

Jackson Warne took four wickets off five balls while playing for Brighton Grammar in 2015 – 20 years after Shane’s own hat-trick at the MCG in 1994.

But his spin bowling legend father said Jackson had been put off by people asking for photos and interviews within minutes of the impressive haul.

Shane Warne’s gym fanatic son Jackson, 21, has told why he chose not to follow in his father’s footsteps despite having success with the ball in high school cricket games

‘The last year he played cricket he took a hat-trick, took four wickets in five balls and smashed the ball out of the park,’ Shane told the A Few Off The Wood podcast.

‘Within half an hour, 45 minutes, there was that any people coming down to the ground asking for pictures and interviews. He said never again and that’s it.

‘As much as I would have loved to play cricket with Jackson just socially, I understand the expectations on him.’

Jackson credited his prolific spell to his ‘moon ball’ – a looping delivery which encourages the batsman to try and hit to the boundary only to be caught out by the ball’s slow pace.

But he said he didn’t want to become the cricketing equivalent of basketball superstar LeBron James’ son Bronny – who is being tipped for an NBA career despite only being 15-years-old.

‘If I was to take up cricket the expectation of me to be great or the next big thing would be huge,’ Jackson said. ‘I couldn’t just be a player, I had to be the best of the best.’ 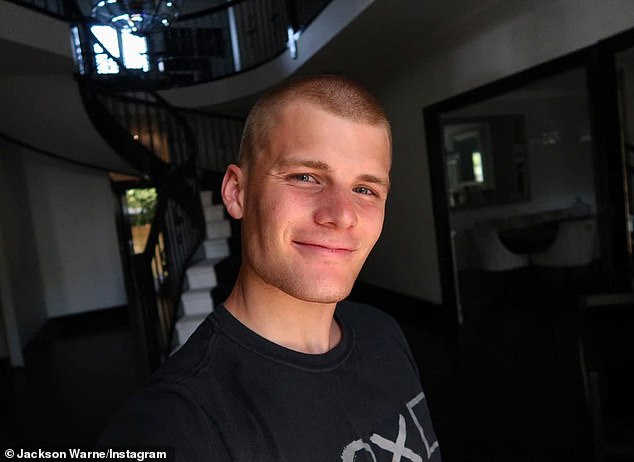 Despite choosing not to pursue his father into the cricketing world, Jackson said he had bonded with his father in a different way through their shared love of poker.

‘We’ve found poker together so the good news is poker goes to some pretty cool places that cricket didn’t,’ he said while also speaking about his love for playing with LEGO.

He added he had spent much of lockdown working out in his friend’s home gym and had been focused on honing his physique since leaving school. 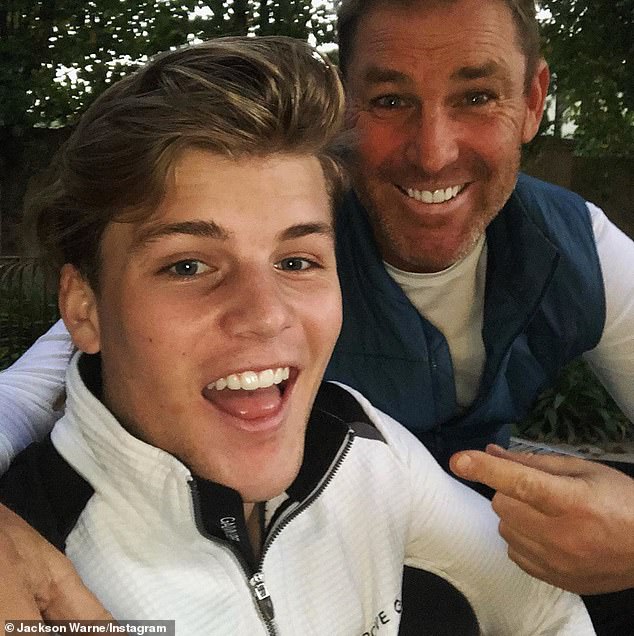 ‘It was when I was 15 or 16 I looked at all my friends and I was still the skinny kid always covering my self up and going into the water with a T-shirt on,’ he said.

‘I wanted to feel confident to go to the beach in summer. 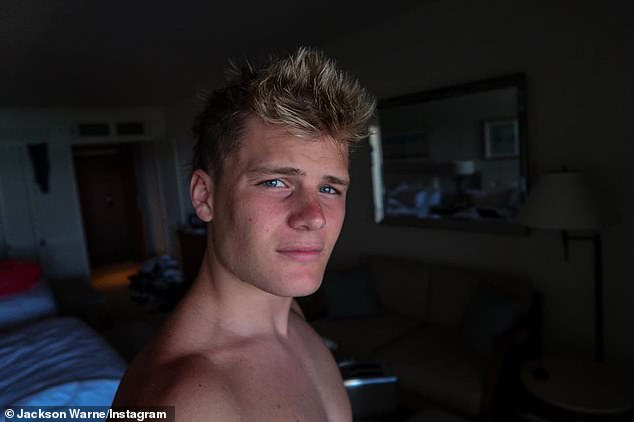 Jackson in March was unveiled to be a new star of the reality show SAS: Who Dares Wins, soon to film in New Zealand 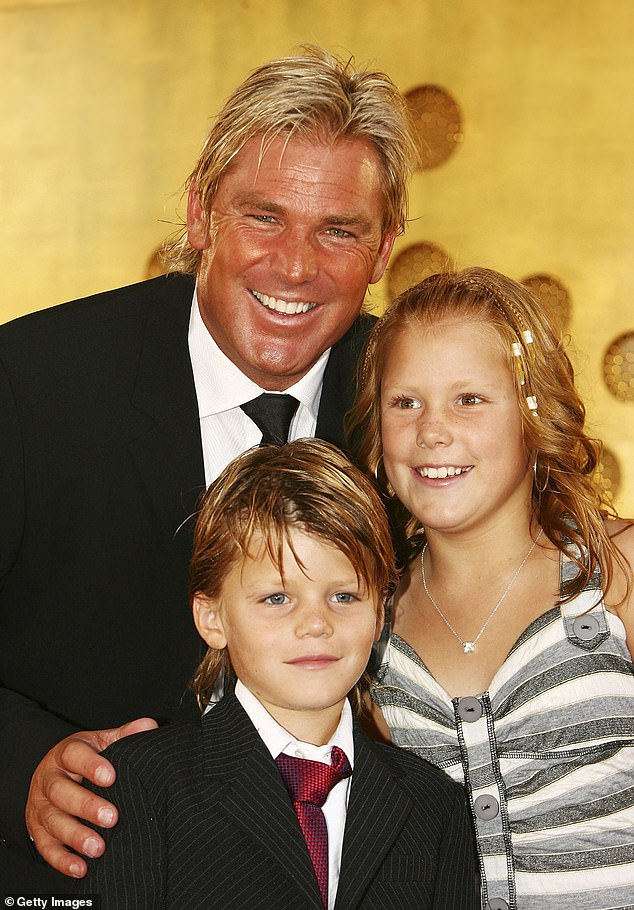 Throwback: Shane Warne poses with Jackson and his daughter Brooke on the red carpet at the 2007 Allan Border Medal at Melbourne’s Crown Casino

Jackson in March was unveiled to be a new star of the reality show SAS: Who Dares Wins, soon to film in New Zealand.

Based on the UK show of the same name, the contest sees a group of former Special Forces soldiers recreate the Special Air Service’s secret selection process, putting a number of contestants through the trial.

Shane is father to Jackson along with daughters Brooke and Summer who he shares with his ex-wife Simone Callahan.