In a lull between belting out formulaic pop-country bangers, Shania Twain confides in us. She often struggles to overcome life’s everyday adversities, she admits, standing atop a giant leopard-print neon cube, dressed in slashed silk and fishnets, suspended 20 feet in the air.

The incongruity defines a show that mixes gushing intimacy with a ruthless demonstration of Vegas-grade star power. One minute, Twain is swishing around like the queen bitch from Dynasty; the next she’s over-sharing like a bridesmaid on her second bottle of Prosecco.

The tour is titled Shania Now, a concept that turns out to be not far removed from Shania Then. Last year’s comeback album, Now, was crammed with the kind of laser-guided earworms that propelled the Canadian to superstardom in the Nineties. 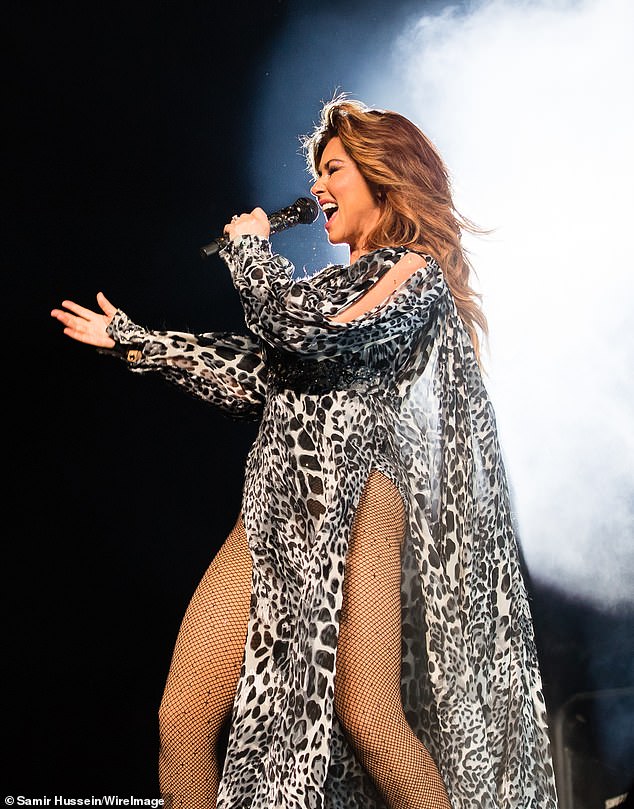 In recent years Twain has battled betrayal, divorce, dysphonia and Lyme disease, a trail of misfortune that allows her to return as a survivor

The key difference is of perception. In recent years Twain has battled betrayal, divorce, dysphonia and Lyme disease, a trail of misfortune that allows her to return as a survivor, and her live show to be framed as a frenzy of post-traumatic positivity.

‘I’m an optimistic person,’ she declares after Up!, one of five songs tonight boasting an exclamation mark in its title. Though Poor Me and I’m Alright revisit her marriage break-up, they simply accentuate the rampant exuberance of Life’s About To Get Good and pretty much everything else.

It’s cheesy, but effective. The set is dazzling, a constantly shifting tableau created by the inventive deployment of five video cubes, resembling a fancy game of Tetris. The musical filling, meanwhile, is surprisingly meaty.

Twain grew up in poverty and, at the age of eight, sang in bars to help her parents pay the bills. For a time the family lived in a homeless shelter.

A punchy, no-nonsense band combines with Twain’s creamy, flawless voice to weaponise big hitters like That Don’t Impress Me Much and I’m Gonna Getcha Good! Now and then, her country roots show through.

Driven by two mean fiddles, Any Man Of Mine has a hard bluegrass kick, while she ascends a revolving podium to strum an affecting You’re Still The One. Written with her ex-husband, tonight it’s dedicated to her fans.

The pacing could use some tweaking. Having faffed about taking selfies and frogmarched a mother and daughter on stage, for some reason Twain dons a top hat to watch a montage of her old video clips on the screens.

Ten minutes of filler kills the momentum, but a focused finale brings the show back on track, climaxing in the irrepressible Man! I Feel Like A Woman!

That’s another thing that has changed: these empowering Friday night anthems have accrued a certain gravitas in the age of #MeToo. All in all, Shania Now isn’t a bad place to be. 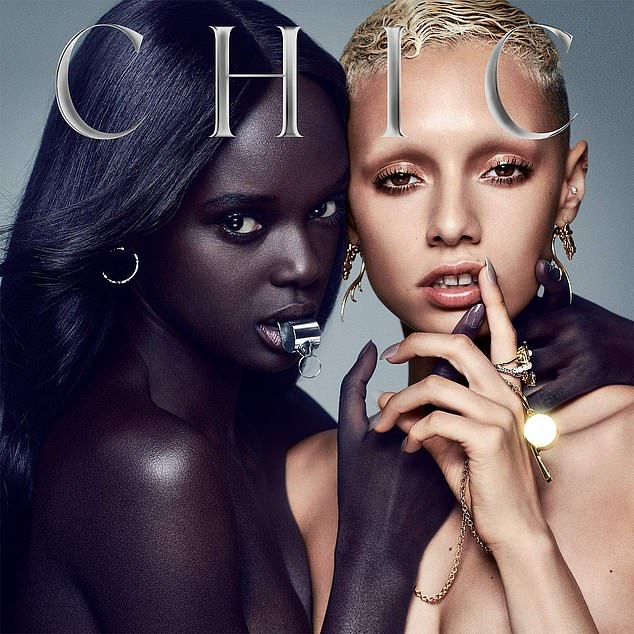 No one could begrudge the return of Nile Rodgers – an architect of Seventies disco and a Bowie and Madonna collaborative genius in the Eighties – with his first Chic album in 26 years. It boasts a fantastically glam cover, guest turns from Elton John and others, lashings of Rodgers’s inimitably fluid guitar, with hints at the dancefloor dreams of old 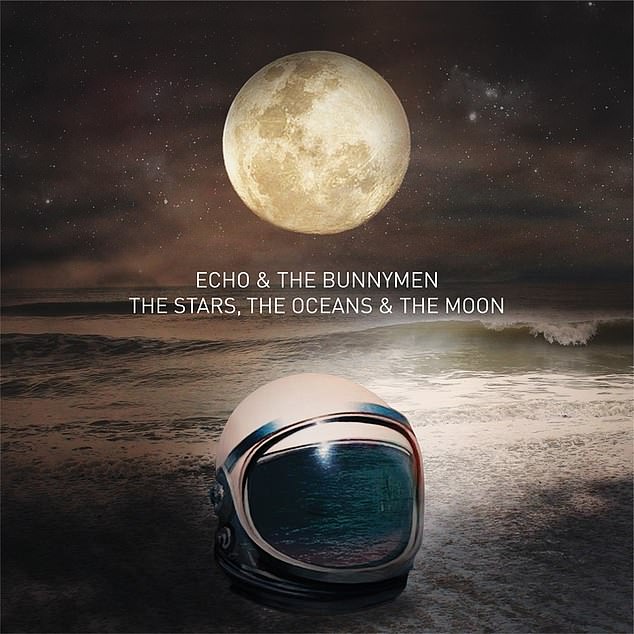 Ian McCulloch of Liverpool’s Eighties heroes Echo & The Bunnymen is defiant about their decision to rerecord such classics as The Killing Moon: ‘It’s my f***ing moon,’ he advised Mojo magazine. The album takes 15 cinematic Bunnymen greats in a lush, generally rueful direction and McCulloch’s cigarette-enriched croon rises to the task 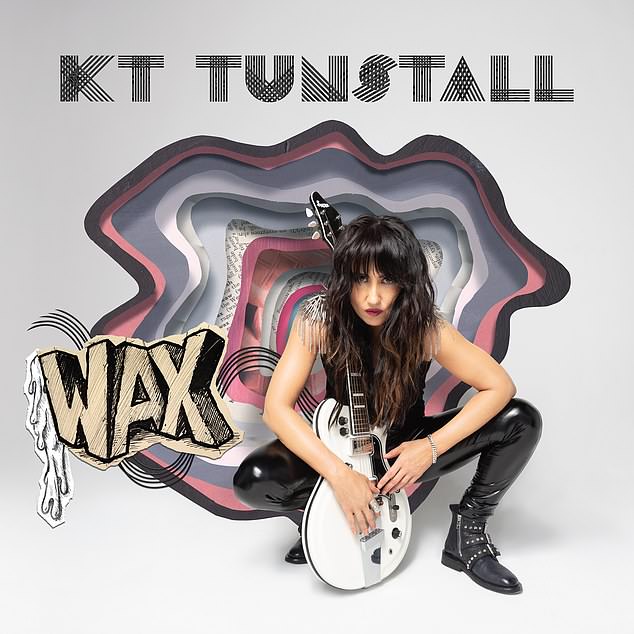 Having tasted stardom with 2005’s Eye To The Telescope, K T Tunstall struggled to repeat the trick. But Wax bristles with electric guitars, modern sounds and insistent tunes. Some of them, like The River, might have made worthy hits once, but these days just signal a sturdy, intelligent singer-songwriter who is keen to stick around