Shannen Doherty’s six-year battle with breast cancer is ‘part of life at this point’: ‘I never really complain’

The 50-year-old actress admitted that her diagnosis is ‘part of life at this point’ during the virtual panel for her upcoming Lifetime movie which is based on a woman who was diagnosed with cancer.

Shannen was first diagnosed with cancer in 2015 and went into remission two years later, but the cancer returned in 2020.

Shannen Doherty admitted that her diagnosis is ‘part of life at this point’ during the virtual panel for her upcoming Lifetime movie which is based on a woman who was diagnosed with cancer; seen in 2019

List of a Lifetime also stars stars Kelly Hu and Sylvia Kwan, and follows the story of a woman discovering new meaningful relationships after receiving a breast cancer diagnosis.

‘I feel like I have a responsibility in my more public life, which I separate from my acting life … to talk about cancer and perhaps educate people more and let people know that people with stage 4 are very much alive and very active,’ she said.

‘My husband says that you would never know that I have cancer. I never really complain. I don’t really talk about it. It’s part of life at this point.’ 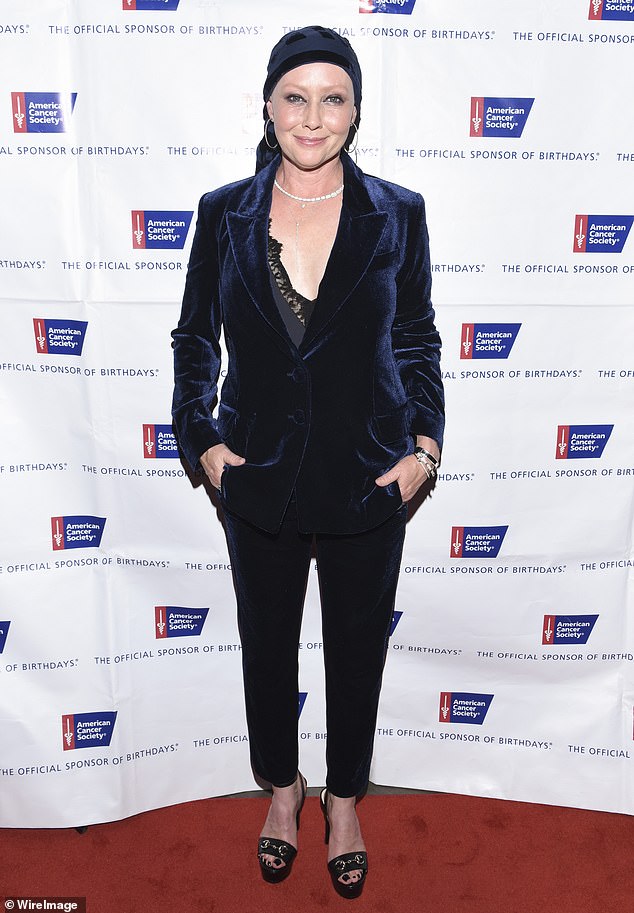 Staying strong: Shannen was first diagnosed with cancer in 2015 and went into remission two years later, but the cancer returned in 2020; seen in 2016

Doherty, who found fame as affluent teen Brenda Walsh on Beverly Hills, 90210, has been married to photographer Kurt Iswarienko since 2011.

The project was ‘the first acting thing I’ve done about cancer’ since revealing her diagnosis last year.

‘I didn’t have to give anybody advice because [of director Roxy Shih] and these beautiful ladies who did such a beautiful job with their own preparation process,’ Doherty said.

‘We all showed up and honestly … this was truly an unbelievable pleasure to be a part of, and I was blown away every second that I got to work with these amazing ladies.’

When it comes to her own ‘bucket list,’ Shannen admitted she’s not quite interested in checking off any boxes.

‘I just think a bucket list is odd in my particular situation because it means that I’m sort of trying to check things off before my time runs out,’ she said. 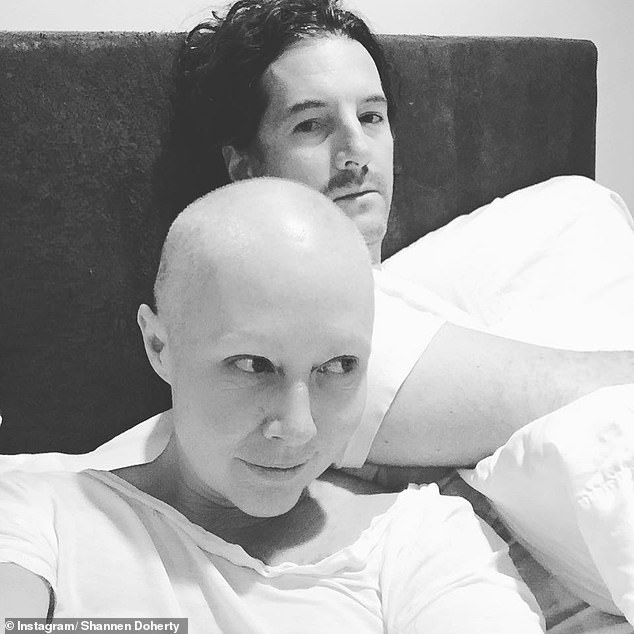 Support system: Doherty has been married to photographer Kurt Iswarienko since 2011

‘I’m very much like there’s no bucket list because I’m going to be the longest-living person with cancer. If I had to say one, it would just be living. That’s the only thing on my list at this point.’

She’s remained a vocal advocate for people living with a cancer diagnosis and disproving assumptions around terminal illnesses.

‘I want people to not hear stage 4 cancer and think of the person that is gray and falling over and they can’t move and they’re going into hospice and they can’t work,’ she Sarah Michelle Gellar in an Entertainment Tonight interview in October.

‘You get written off so quickly, even though you’re vital and healthy and happy and wanting to go out there and work.’

‘Everybody’s terminal,’ she added at the time. ‘I might live a lot longer than somebody who’s perfectly healthy. You have no idea.’ 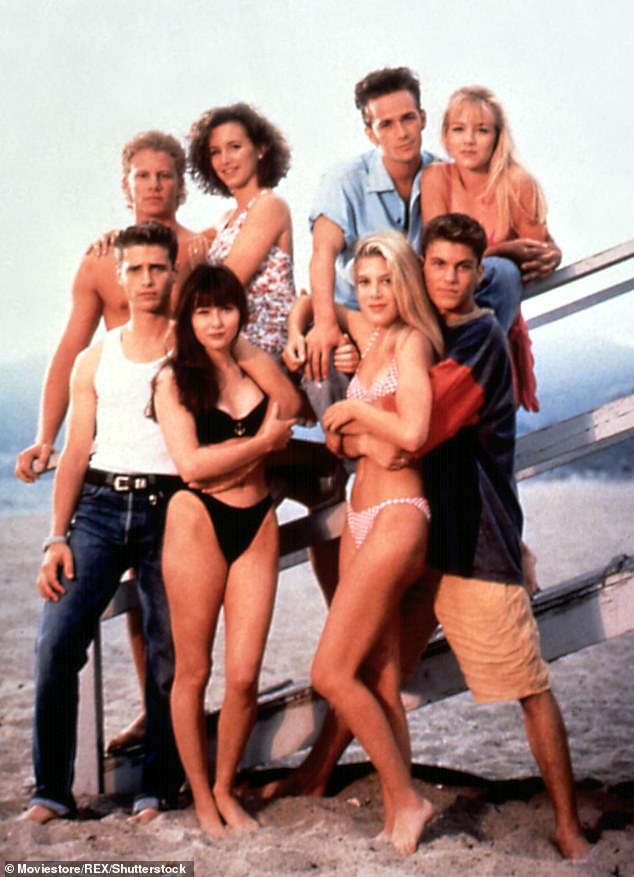 The way they were: Doherty found fame as affluent teen Brenda Walsh on the hit drama series Beverly Hills, 90210