Often-maligned in his final years in Los Angeles, and since his 2021 move to Motown, Goff has been quietly impressive with 19 touchdowns and 7 interceptions this campaign.

Though in the latest Pro Football Focus QB rankings, Goff was ranked 28th, compared to Tom Brady’s position in 10th — despite an inconsistent season by his lofty standards.

‘This ranking is some bulljive. Skip, this is why people really don’t put a whole lot of stock when you come up with these grades,’ the Hall of Fame began.

‘A higher pass to touchdown ration than Josh Allen, and a higher QBR than Dak Prescott.’ 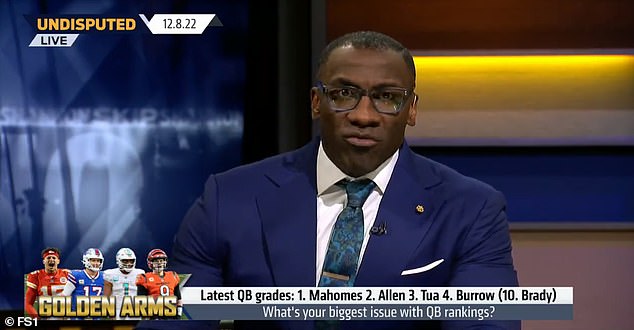 Goff was placed below several signal-callers who have struggled mightily this season for some of the league’s basement franchises, including the Broncos and Panthers. 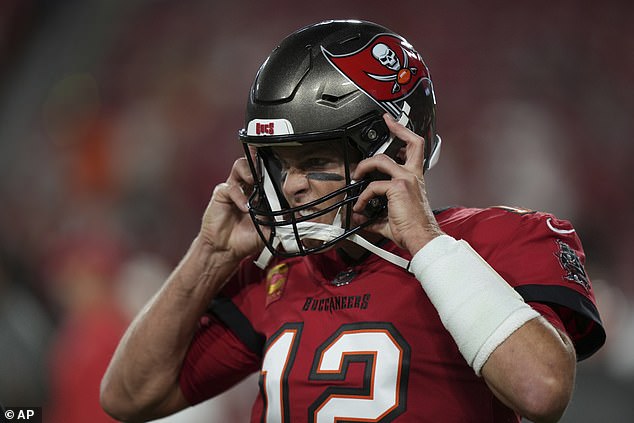 ‘His team averages 26.3 points a game, and he’s the 28th rated quarterback by Pro Football Focus.

‘Tom Brady has not played better than Jared Goff. Just imagine what the Lions record would be with their offense if they had the Bucs defense.’