Since Suns owner Robert Sarver announced he would be selling the team last week, a who’s-who of names have been linked to the franchise as prospective buyers.

NBA legend Shaquille O’Neal can be added to that list – with a caveat.

Although O’Neal said he was initially interested in becoming the team’s majority owner, that option became highly unrealistic once Jeff Bezos – among other billionaires – was rumored to be in for the team as well.

However, ‘The Big Diesel’, who played two seasons in Phoenix late in his career, has revealed he’d still be willing to join a potential Bezos bid in a lesser capacity.

‘If he wants me on board, I would gladly like to talk to him,’ O’Neal told TMZ Sports.

Bezos is one of several billionaires who have been mooted as potential buyers, with Oracle founder Larry Ellison and Laurene Powell Jobs, the wife of the late Steve Jobs, named as well. 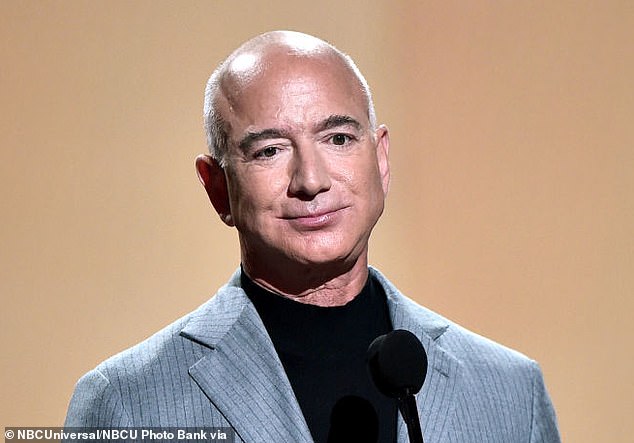 The team is up for sale after Sarver was fined $10 million and banned for a year from the NBA following allegations of racial and sexist slurs and well as bullying towards employees.

Sarver decided to sell the team (and the WNBA’s Phoenix Mercury) after several sponsors, including Verizon and PayPal, made clear their intentions to cut ties with the team, and the franchise is expected to fetch an estimated $3 billion according to ESPN.

The 60-year-old had also been privately advised by NBA commissioner Adam Silver to sell the team, and faced public criticism from many including Suns’ point guard Chris Paul and LeBron James before giving in. 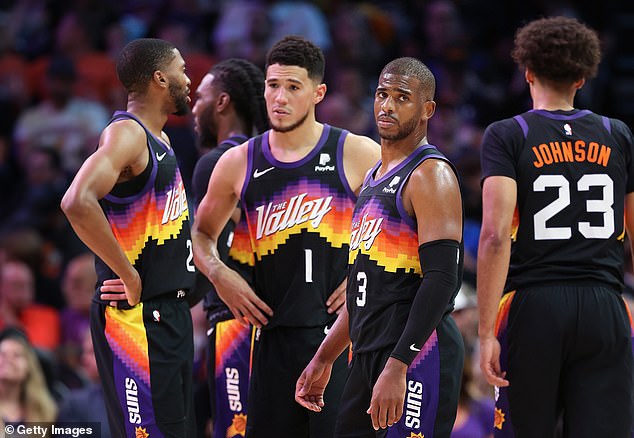 ‘As a man of faith, I believe in atonement and the path to forgiveness. I expected that the commissioner’s one-year suspension would provide the time for me to focus, make amends and remove my personal controversy from the teams that I and so many fans love,’ he said in a statement after deciding to sell the team.

‘But in our current unforgiving climate, it has become painfully clear that that is no longer possible – that whatever good I have done, or could still do, is outweighed by things I have said in the past.’

The Suns begin their season on October 19 vs. the Mavericks.