Shaquille Wokoh who ploughed into pedestrians outside bar is jailed

Shaquille Wokoh, 24, pictured, has been jailed for eight years after mowing down a crowd of people with his car in London

A man who ‘used his car as a deadly weapon’ to run down late night revellers standing on the pavement has been jailed for eight years.

Shaquille Wokoh, 24, of Croydon, ploughed into pedestrians outside Mekan Bar & Restaurant in Catford, south east London, after getting into a fight at the venue earlier in the night.

The crash was caught on CCTV which was used to launch the investigation because no victim ever came forward despite the footage clearly showing a man lying hurt on the ground.

Wokoh was found guilty of attempted grievous bodily harm (GBH) with intent, dangerous driving and assault by beating at a trial in February.

He was sentenced at Woolwich Crown Court today with six years imposed for GBH, 18 months for dangerous driving; and, three months for assault by beating – all to run concurrently.

PC Gary Sanders Gary, from Lewisham Borough, said: ‘This was a deliberate use of a car as a deadly weapon. It was only by luck that no one was killed or suffered serious injuries.

‘Wokoh was clearly enraged that night and in the heat of the moment launched an attack against those responsible.

‘As a result of the investigation, Wokoh was found to have accrued thousands of pounds by criminal activity; forensic tests of the money we recovered showed abnormally high traces of heroin. 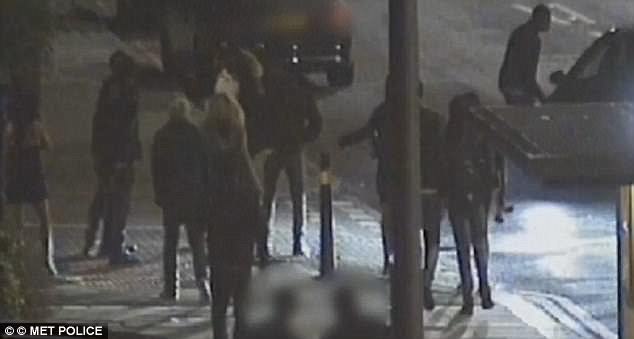 CCTV footage showed Wokoh plough into a group of revellers, pictured, before speeding off 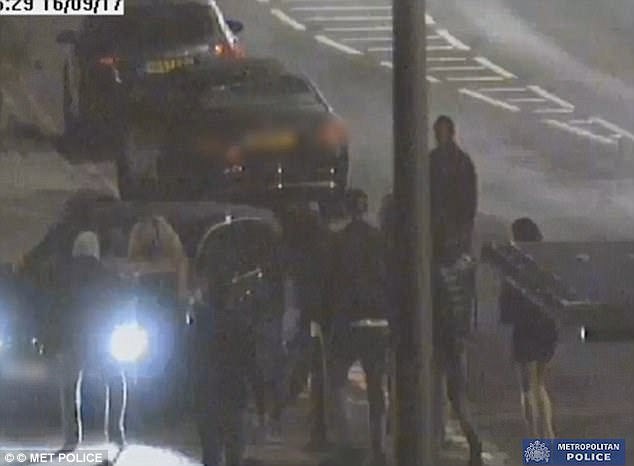 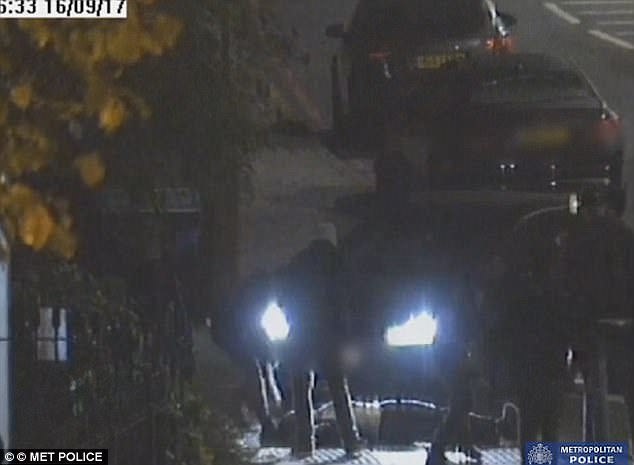 The victim was left lying on the ground but never came forward to the police, while witnesses would not tell officers what happened

‘This money has now been seized and can be used to help, and not harm, communities.’

Wokoh had been involved in a fight in the bar with a man believed to be the eventual victim last September.

Upon being ejected he immediately made for his Volkswagen Golf which was parked nearby and then drove into partygoers leaving the venue ‘with no regard as to whom he hit’, according to police.

Because no victim came forward and no calls to police were made, officers were alerted to the incident by Lewisham Council CCTV operators.

They attended but were faced with a crowd who told them nothing had occurred and no victim was identified. 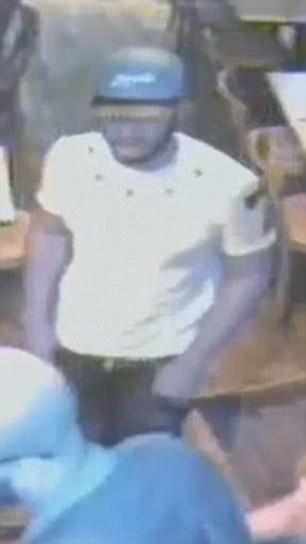 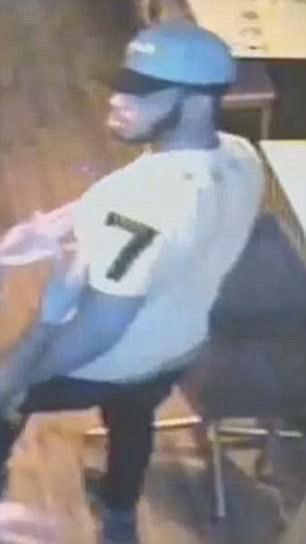 This man is believed to have been the victim after being seen on CCTV earlier in the night, with police relying on the cameras to conduct the investigation, eventually stopping Wokoh in his car after matching it to the footage 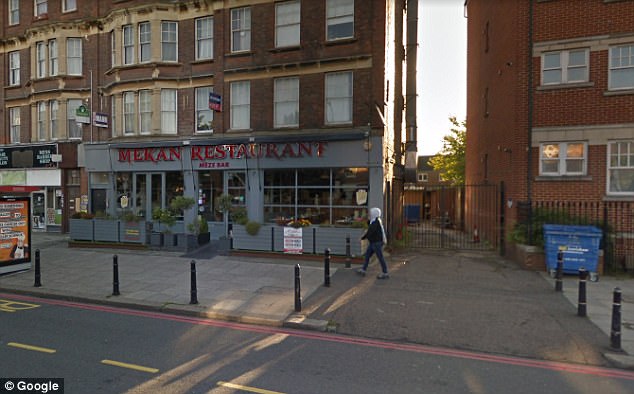 However, as police had CCTV of the incident, an immediate investigation was started and on October 5 the suspect Golf drove past Catford police station and the car was stopped by police, with Wokoh driving it.

He was arrested for attempted murder and also money laundering after around £1,800 was found in the car.

Wokoh had earlier this month pleaded guilty at the same court to money laundering after more than £100, 000 in cash was found at his home.

He was sentenced for this offence to two years in prison, to run consecutively.