The Reject Shop has become one of few retailers to flourish amid the coronavirus pandemic, with shares soaring to $8.12.

The budget retailer, which has 351 stores across Australia, saw its shares rise by 13.9 per cent on Monday – and they were valued at $1.98 just a year ago.

The dollar shop currently brings in around $900million in sales each year, and broker Morgan Stanley expects their stock in shares could climb from $300million to $3billion within a decade.

‘The range of possible outcomes is wide, others have tried and failed, and the stock’s recent performance has been exceptional – yet we still find risk-­reward compelling,’ Morgan Stanley told The Australian.

The broker recently upgraded the budget store’s stock rating to overweight, as many Australians were turning towards cheap homewares amid the pandemic.

‘We see a new but experienced management team and a simplified strategy as a potential catalyst to turn a market-leading position and $900m per annum of sales into elevated compound earnings growth off a very low base,’ the broker said.

The broker said the retailer strived throughout the pandemic due to its large market and strong unit economics.

Sourcing and staff costs are expected to be cut under The Reject Shop’s new management led by CEO Andre Reich, as well as reducing rent costs.

‘All of these characteristics are despite strong competition in discount retail from global leaders such as Walmart, Amazon and Costco. We see the maturity and profitability in Australia as ­materially lower, but find that competition is not the likely reason,’ Morgan Stanley said.

This time last year, The Reject Shop’s shares cost just $1.98 and in January this year, they were sitting at $3.32. Australia’s retail sector was hit hard after the outbreak of coronavirus (pictured, an empty QVB on April 1) 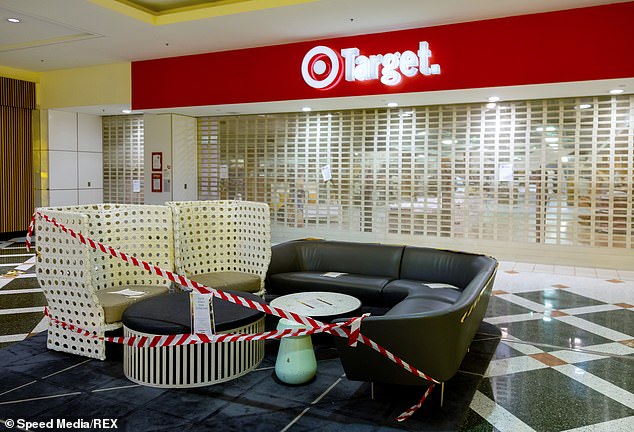 Australia’s retail sector was dealt another blow after it was recently announced that department giant Target would close 167 of its stores (pictured, a close store in Melbourne)

The increase in shares is good news for retailers with many suffering one of their worst years on record amid the COVID-19 pandemic.

The pandemic resulted in a 17.7 per cent drop in sales throughout April 2020.

Department stores also lost 14.9 per cent of sales from this time last year.

On the other hand, online sales doubled from this time last year, making up 11 per cent of all retail turnover for April 2020, compared with only 5.7 per cent the previous year.

Throughout the year a string of retailers had no other choice but to shut up shop.

Target’s parent company Wesfarmers announced that 75 stores would close and 92 others would be transformed into Kmarts.

At the end of May, British luxury clothing store Jigsaw London announced it would shut down all of its Australian stores due to COVID-19. 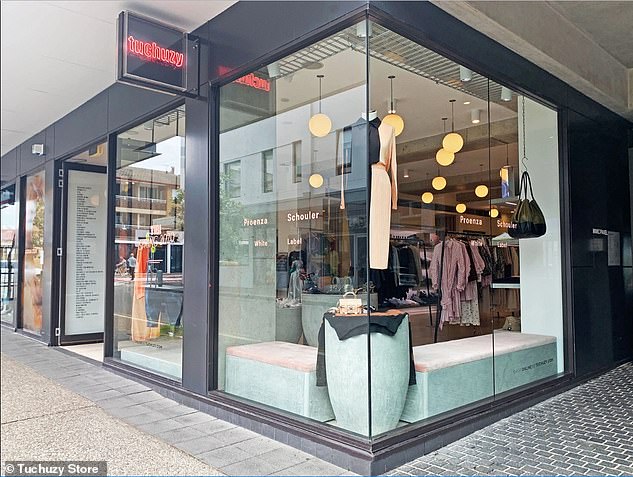 Tuchuzy (pictured) a high-end women’s retailer in the heart of Bondi, will be shutting its doors

Meanwhile, David Jones is set to shut down some of its 48 department stores due to suffering $464 million in debt following a loss of sales.

Household names including Harris Scarfe, Bardot, Roger David, and Napoleon Perdis also dropped like flies in the past year with dozens of stores closing resulting in heavy job losses.

Alex Perry also announced the closure of its brick and mortar stones to focus on online sales.

Jeanswest and Colette by Colette Hayman also fell victim to the retail apocalypse.