Around 130 borrowers who took out shared appreciation mortgages in the late 1990s are set to take Bank of Scotland and Barclays to court early next year.

It follows more than two years of work by law firm Teacher Stern to put together a case that they claim is watertight against the banks and arrange a finance deal that means borrowers – most of whom are well into retirement – don’t lose out financially if the claim fails.

The firm is now issuing a final call to borrowers or relatives of borrowers who took out the loans from either bank 20 years ago, saying there is still time to join the action.

Borrowers were sold shared appreciation mortgages in the late 1990s to help them fund retirement, but many have now been trapped by debts that have rocketed to many times more than they borrowed.

The loans allowed borrowers to release a cash sum worth up to 25 per cent of the value of their home, often interest-free.

The catch was that when the property was sold, the loan would have to be repaid in full plus up to an eye-watering 75 per cent of any uplift in value of the property.

Those who took them out are the victims of house price inflation well beyond any expectations at the time – and instead of seeing the benefit of the growth in the value of their home, they have seen their debts grow to punishing levels.

The result is that the banks’ profits on each loan can sometimes be in excess of 700 per cent.

In July 2016 This is Money launched a campaign to get the banks to reduce the amount borrowers should have to repay to reflect the cost of a normal mortgage over the same period.

The legal claim prepared by Teacher Stern is also seeking to force the banks to reduce the amount repayable on shared appreciation mortgages to a more reasonable level.

More than 250 borrowers have been in touch with This is Money seeking further information on the legal action,  with many of them subsequently joining.

David Bowman, one of the solicitors co-ordinating the case, confirmed that around 130 SAM borrowers had committed to claiming against the banks and that the firm was receiving new enquiries every day.

‘After several years of work we are now ready to kick things off in the next couple of weeks,’ he said.

‘The really egregious thing about how these loans were sold is that they deliberately targeted vulnerable people, many of whom could reasonably have taken out better value mortgages at the time.

‘Not everyone who took a SAM has a claim that would merit taking it forward against the banks but in our experience the vast majority do.

‘We are helping people either to claim back money they paid to the banks to redeem their SAM or to relieve them from the burden of an existing SAM – and in both cases to claim back any unfair interest that they may have paid to date.

‘Anyone who is interested in joining the group should get in touch with us as soon as possible.’

Both Bank of Scotland and Barclays were responsible for selling and administering shared appreciation mortgages, but the loans were funded by money given to them by an outside investor, SBC Warburg, an investment bank since taken over by UBS.

Once the loans were completed, SAMs were put into one of several companies, specially created to hold them off the lenders’ financial balance sheets.

The process is known as securitisation. This is not unusual – a very large number of normal mortgages sold today are made in the same way – and it doesn’t affect the terms of the mortgage contract between the borrower and the lender.

Any borrower or relative of a borrower who took a shared appreciation mortgage from either Barclays or Bank of Scotland in 1997 or 1998 can choose to join Teacher Stern’s action.

The firm has put together a legal case against both banks hinging on its claim that the original contracts between the borrower and bank were unfair.

Unless the banks settle it’s likely the action group will file a claim early next year.

The exact date is still to be confirmed but could be as early as February because of time pressure created by the fact that some SAM borrowers have already sold their properties and redeemed their loans.

The law puts a clock on how long after the contract relationship ends a claim can be made – this is known as the law of limitations.

It means that borrowers who have not yet redeemed their loans can still claim against the banks.

Borrowers who have redeemed their SAM have 12 years from the date they paid the mortgage off to bring their claim for compensation.

Before the claim is formally issued to the court, Teacher Stern will write to both Barclays and Bank of Scotland, as well as any third party firm that purchased the SAMs after they were originally made. 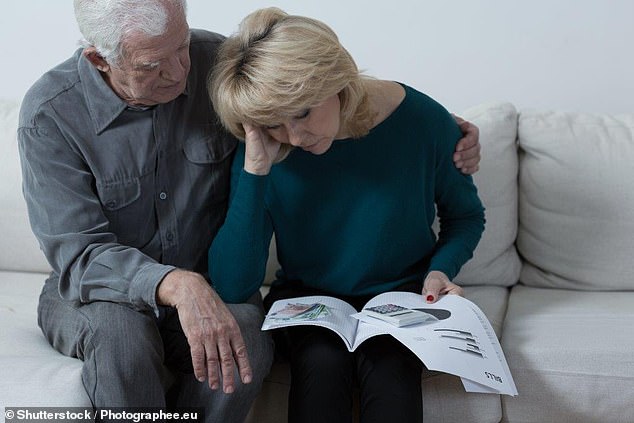 If the claim makes it to court and the borrowers win, they could see their debts reduced

Bowman said: ‘In any formal litigation, there is a protocol to follow at the pre-action stage. We will soon be writing a formal legal letter detailing our clients’ case in full, their individual circumstances and the losses they have suffered as a result of the banks mis-selling these atrocious mortgage products.

‘The banks will then have the opportunity to respond and if they engage with us constructively there may be settlement discussions arranged on a case by case basis at that stage. If not, the claim will proceed to a trial which we are confident our clients will win.’

This letter is due to be sent by the end of November 2018. Individuals can still join the group action after this date, but once the formal claim is issued to the court, Teacher Stern is unlikely to accept any new claimants as clients.

Borrowers who want to join must pay £500 up front. There are likely to be further costs involved later down the line.

However, Teacher Stern has now secured an insurance policy for borrowers taking part that will mean that should the claim fail or the banks win, their legal costs will be covered up to a threshold amount.

If the claim makes it to court and the borrowers win, they could see their debts reduced by hundreds of thousands of pounds in some of the worst cases.

In that scenario, Teacher Stern and the barrister who will argue the case will take a fee.

How likely are borrowers to win?

The court could decide to force the banks to change the SAM contracts to reflect the second scenario, meaning borrowers won’t have to pay such astronomical sums.

It could also mean that anyone who had a SAM in the past and has already paid it back is eligible for a rebate.

Those with shared appreciation mortgages will likely recall a previous legal action against the banks which failed.

The Shared Appreciation Mortgages Action Group was set up in 2009 by Hilary Messer, of RWP Solicitors, to fight for redress for affected borrowers. She raised £1.5million for a group action.

They won the support of a judge who agreed the case should be heard, but the banks appealed and the case never made it to court, leaving the complainants owing millions in their banks’ legal costs.

In exchange for a waiver on those costs, complainants agreed to sign a gagging order stopping them from ever complaining about shared appreciation mortgages again.

This time should be different. Teacher Stern is confident they have a good shot at winning this case for borrowers and the financial package they’ve secured should also protect borrowers from falling foul of the same outcome.

Once filed, it’s likely that the legal process could take up to two years to go through but ultimately Teacher Stern believes it can secure a deal for borrowers. 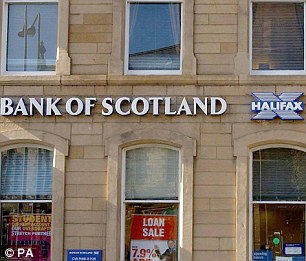 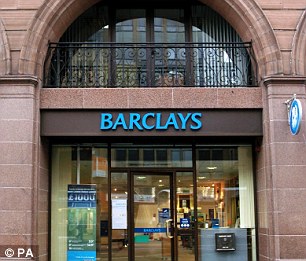 We contacted Bank of Scotland for comment and were told that they had not yet been made aware of a legal claim by Teacher Stern.

A statement from a Barclays spokesman said: ‘The supporting literature on shared appreciation mortgages directed borrowers to seek independent legal and financial advice. We are satisfied that SAMs were sold in the right way. Barclays does not comment on past or present matters that are or were the subject of legal proceedings and before the courts.

‘Barclays no longer offers shared appreciation mortgages. Existing SAMs customers facing hardship due to illness, disability, decreased mobility or a change of financial circumstances and wishing to adapt their current home, or move to a new one, may be eligible for assistance under the Barclays Shared Appreciation Mortgage Hardship Scheme. Applications are considered on an individual basis and requests can be made by calling 0800 023 2981.’

This is Money has been campaigning for these borrowers since July 2016 to highlight just how crushing the outstanding balances on some of these loans have become after two decades of rising house prices.

We don’t think borrowers should get off scot-free. Far from it – they signed contracts that the banks are enforcing.

But we do think there is room for negotiation between the banks and their, very often, vulnerable customers.

To share your experience or get in touch with Teacher Stern, email sarah.davidson@thisismoney.co.uk