She debuted her relationship with Beverly Hills, 90210 star Brian Austin Green in January.

And on Wednesday, Dancing with the Stars pro Sharna Burgess sparked rumours the pair might be engaged, after sharing a loved-up selfie with her beau – with a very telling caption.

‘Endgame,’ the 36-year-old captioned the image, which showed her dressed to the nines while kissing Brian, 48, on the lips.

Wedding bells? Dancing with the Stars judge Sharna Burgess has sparked rumours she might be engaged to actor Brian Austin Green, after sharing this loved-up selfie captioned ‘Endgame’ to Instagram on Wednesday

Sharna looked incredible with lashings of makeup enhancing her striking features, and wore her hair slicked back.

Brian couldn’t stop smiling as he planted a kiss back on his beloved, with the pair posing in front of a stunning city skyline while enjoying a glass of champagne.

The romantic image and cryptic caption prompted many to question if it meant the duo were taking the next step in their romance, with one fan asking: ‘Engagement??’

‘Engaged maybe?’ another wrote, while a third added: ‘End game? Y’all get married of break up?’

Something to share? The cryptic black-and-white photo and telling caption left many to believe the duo might be taking the next step in their romance, with one fan asking: ‘Engagement?’

The couple’s relationship has been going from strength to strength since taking things public in January.

Recently Brian gushed over her partner, claiming he was excited for a long and happy future with her in a heartwarming interview.

‘Honestly right now, this campaign Sharna, my kids, my life, the prospect of what the future holds… the excitement of all of that, my life in general makes me smile,’ the Trueheart ambassador told Sydney’s Daily Telegraph.

‘I’m in a really good, happy place,’ the father of four added. 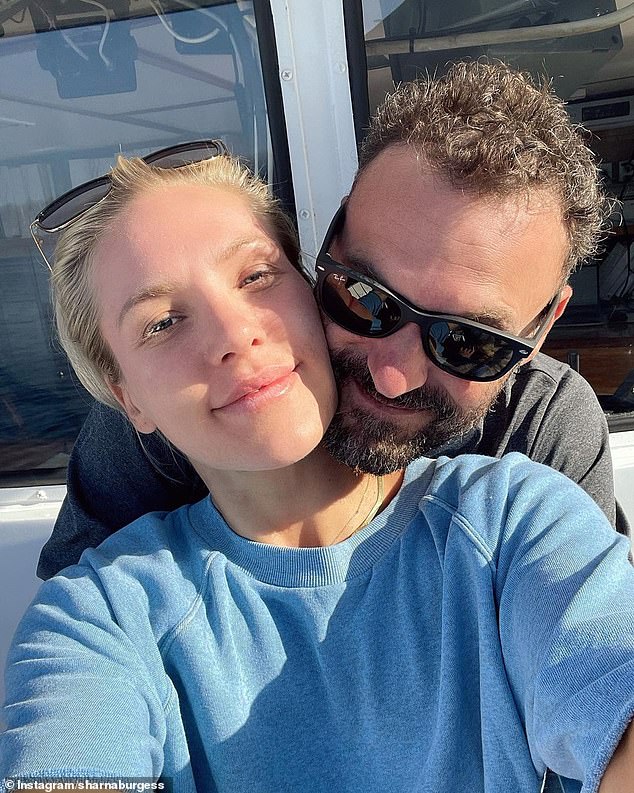 Love is in the air: ‘Honestly right now, this campaign Sharna, my kids, my life, the prospect of what the future holds… the excitement of all of that, my life in general makes me smile,’ Trueheart ambassador Brian recently told Sydney’s Daily Telegraph of Sharna

Brian also has a 19-year-old son, Kassius, from his relationship with Vanessa Marcil.

Brian and his ex Megan Fox announced their split in May last year after tying the knot in 2010. She filed for divorce the day before Thanksgiving.

She had previously filed for divorce in 2015 citing irreconcilable differences, but was back with he husband and pregnant the following year. 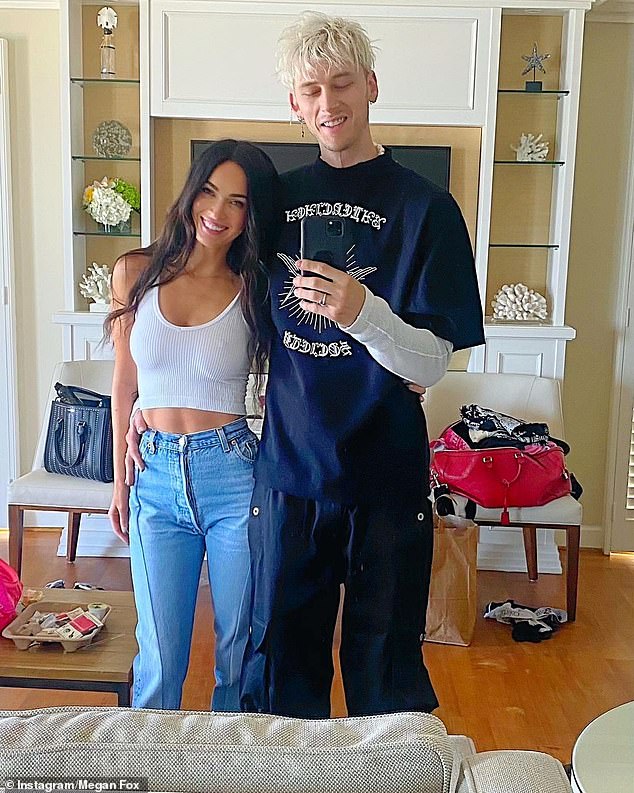