Sharon Stone, 63, turns back the clock in a yellow bikini… as she wishes everyone a ‘happy summer’

Sharon Stone, 63, turns back the clock as she flashes fab figure in a bright yellow bikini to wish fans a ‘happy summer’

Before she became a leading lady in Hollywood in the early 1990s, Sharon Stone worked as a model for the famed Ford Modeling Agency in New York City.

And the 63-year-old actress proved she still knows how to work the camera by striking a pose on Instagram.

Stone slipped her age-defying physique into a bright yellow two piece swimsuit as she hung out poolside with her beloved pet pooch on Saturday afternoon.

Still got it! Sharon Stone, 63, proved she still knows how to work the camera by striking a pose on Instagram on Saturday

The Casino star lifted her arms behind her head for the snap and wished everyone a ‘happy summer’ in her caption.

In keeping with her signature style, Sharon had her bleach blonde tresses cut relatively short and styled slightly spiky.

She appeared to be soaking up the sun at her Los Angeles home, with her dog gazing up at her from the comfort of an open sliding glass door in the background.

After giving her Instagram following a glimpse at her ageless beauty, Stone returned to the platform to marvel over the beauty of mother nature and beyond. 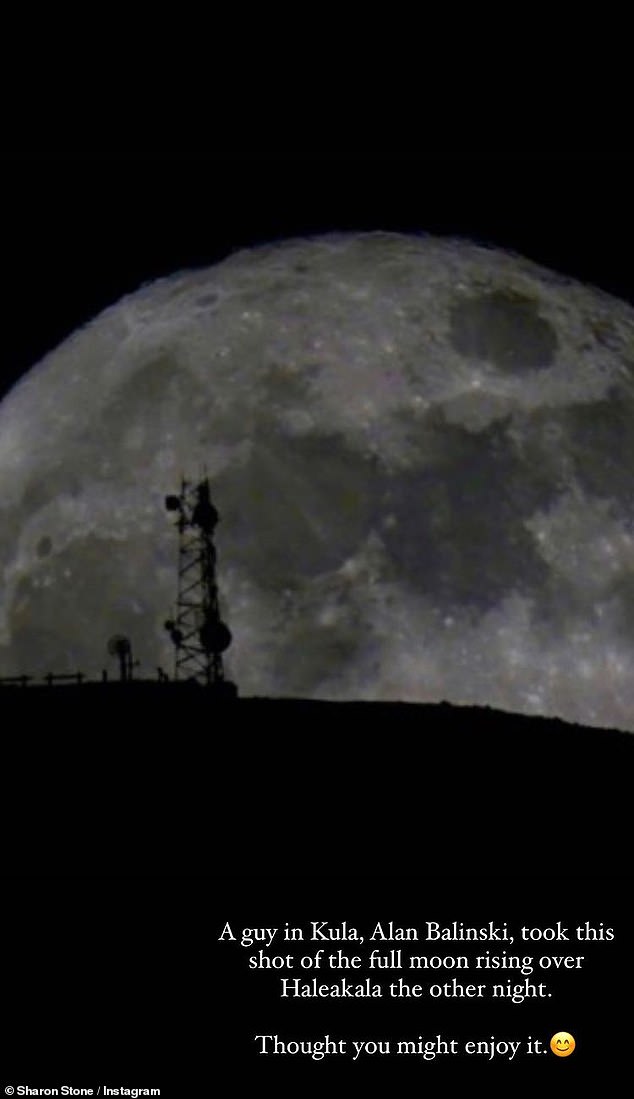 Wondrous universe: The Pennsylvania native shared another one of her nature posts, only this time it was an incredible photo of the full moon over Kula, which is a district in Maui, Hawaii

Specifically, the actress posted an incredible photo of the moon taken in Kula, which is a district in Maui, Hawaii.

‘A guy in Kula, Alan Balinski, took this shot of the full moon rising over Haleakala the other night,’ she captioned the lovely picture, which was shared to her Instagram Story.

After quitting modeling, Stone made her film debut as an extra in Woody Allen’s comedy-drama film Stardust Memories (1980). 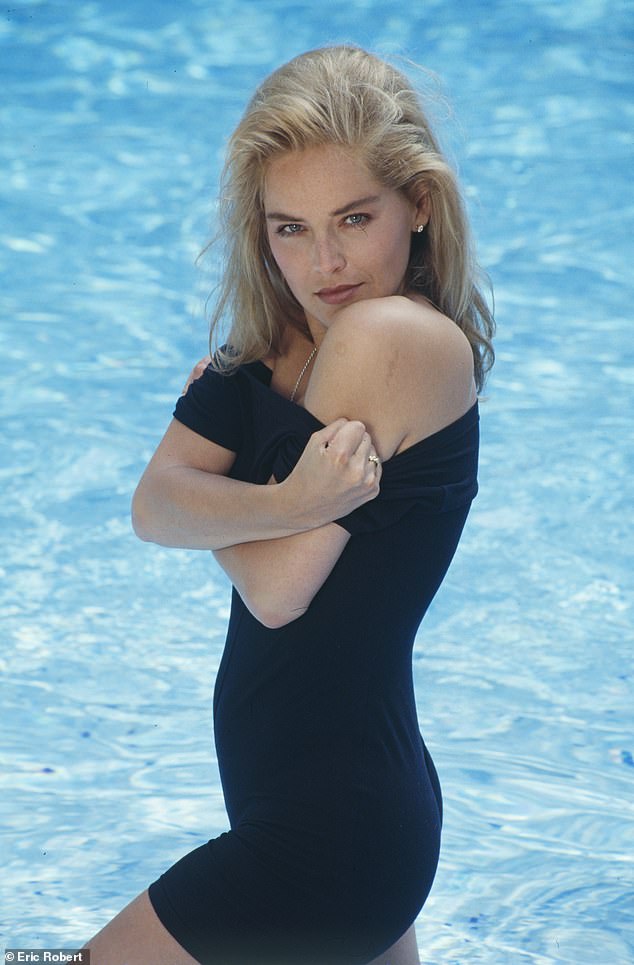 Model-actress: By the time she was 19, Stone had started a career as a fashion model in 1977, which would last just a few years because of her transition to acting; she’s seen in 1990 around the time she had a breakthrough in film with Total Recall TV break: One of Stone’s early breaks in acting came in the comedy-drama series, Bay City Blues, that aired on NBC in 1983; she is pictured with co-star Patrick Cassidy

It was her role in the science fiction action film Total Recall (1990), starring Arnold Schwarzenegger, that put her on the map.

She solidified her status as a leading lady with her role in Basic Instinct, Sliver (1993), The Quick And The Dead (1995), and most-importantly, Casino (1995), which she was nominated for a Best Actress Oscar.

In more recent years, the mother of three has seen success in television with roles in the acclaimed series Mosaic (2017) and Ratched (2020).

Shining: Stone showed off her youthful style and appearance when she attended  the Tribeca Film Festival in New York City earlier this month