Shattered ex-boyfriend of cancer faker who allegedly conned him out of more than $25,000 speaks out

The heartbroken boyfriend of alleged cancer scammer Lucy Wieland has revealed the final words he said to his girlfriend before finding out the devastating truth.

Brad Congerton, who was a doting carer to his girlfriend after believing she had aggressive ovarian cancer, told Wieland ‘I love you’ – just hours before discovering he had been allegedly lied to.

Speaking about the last time he talked to his then-girlfriend, Mr Congerton explained the meticulous morning routine he went through to care for her.

‘I’d sit her up in bed, get her some food, take her to the toilet, set up her biomat in bed to do three hours,’ he told the Townsville Bulletin.

Lucy Wieland (pictured, right) allegedly defrauded her ex-boyfriend Bradley ( Congerton (left)  between the end of May and mid-October 2018 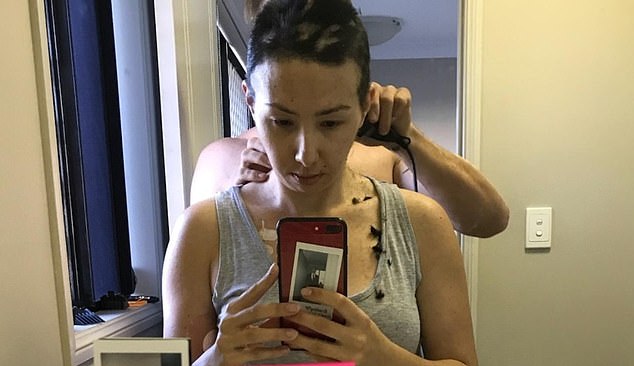 ‘Set up her nebuliser to make sure it had enough juice and sit her medication by her bed.

‘I did that every day for her. That morning, I kissed her goodbye, said “I love you” and went to work. That was the last time I spoke to her.’

Mr Congerton dedicated his life to caring for his sick girlfriend, spending all his life savings on pioneering treatment.

His colleagues at the Australian Defence Force even held a huge fundraiser and a bake sale to help. 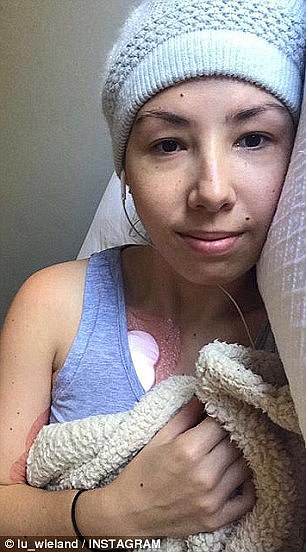 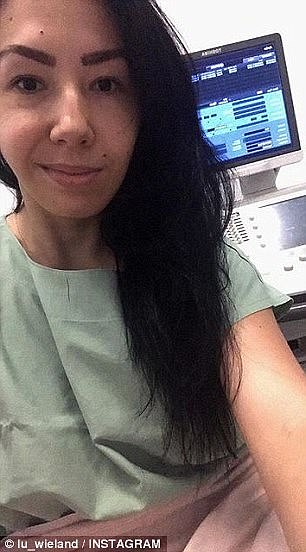 Lucy Victoria Wieland (pictured), 28, allegedly scammed loved ones and the Townsville community out of $55,000 by claiming the cash would be used to treat her cancer

But he was called into his manager’s office at work one day and confronted with a detective and medical examiner who told him about the allegations.

The couple had met through the army seven years ago, with Wieland working at the Defence Bank.

Wieland, 28, allegedly scammed loved ones and the Townsville community out of $55,000 by claiming the cash would be used to treat stage five ovarian cancer on crowdfunding site GoFundMe. 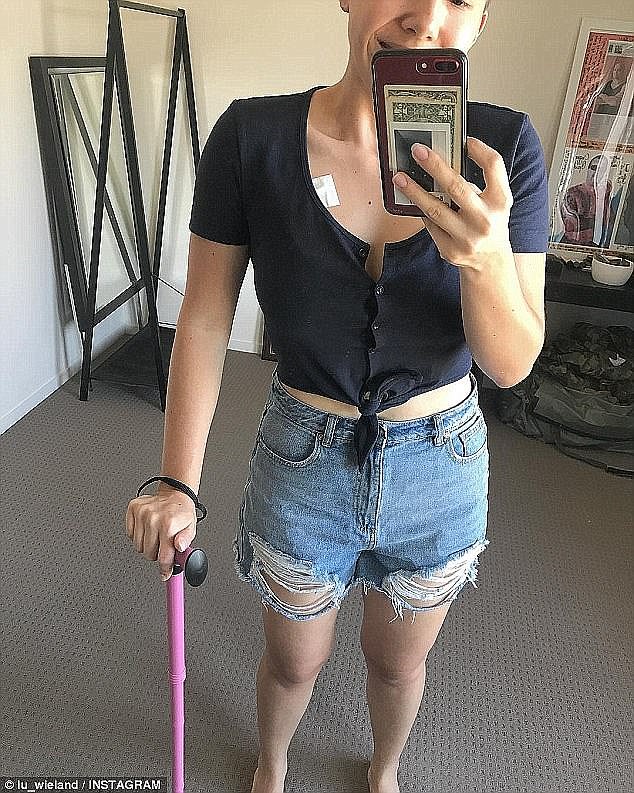 Fully committed to his girlfriend’s health, Mr Congerton planned to have children with her and was planning their life together.

It was Mr Congerton who initially set up the GoFundMe page to save his girlfriend’s life, titled ‘help me save her life’.

He has since received death threats from the public, convinced that he must have known his girlfriend didn’t have cancer.

But he was also allegedly being lied to, and was doing ‘everything he could to save her’.

His own father was even considering withdrawing his super so they could go to Germany for a pioneering $50,000 treatment.

They had started to explore pricey alternative medicines, including vitamin infusions and hemp oil. 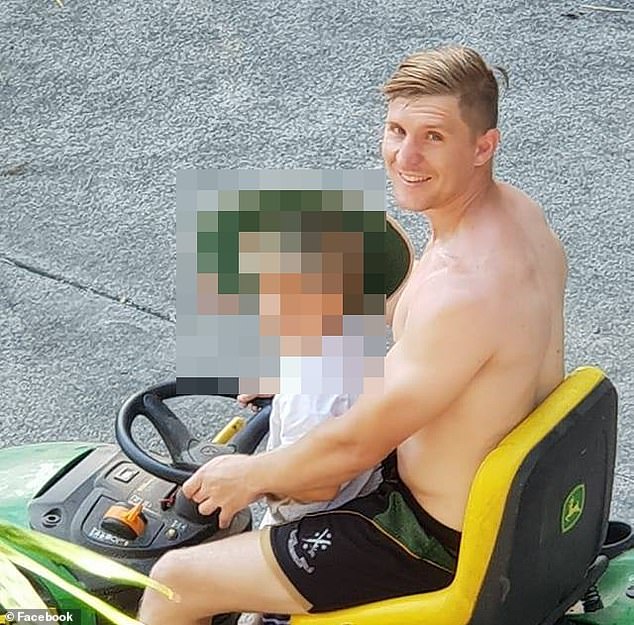 Brad Congerton (pictured) had spent all his life savings trying to save his girlfriend’s life, after believing she had aggressive ovarian cancer 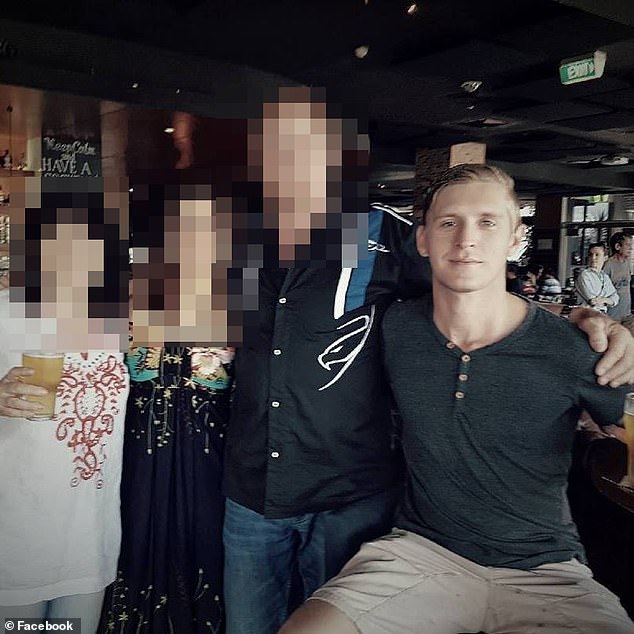 Brad Congerton (pictured, right) took care of Wieland, with his own dad offering to withdraw his super so they could go to Germany for treatment

And when Wieland went to apparent chemotherapy appointments, she would never let her boyfriend come in the clinic – saying she ‘didn’t want him to see her like that’, he alleged.

Instead he would drop her outside and pick her up afterwards, while her supposed surgeries always happened when he was away for work.

Wieland was charged with fraud, possession of restricted drugs and forgery in 2018.

She is now also facing additional charges relating to alleged crimes committed against her ex-boyfriend.

Police are understood to have found pills labelled ‘Letrozole’, a breast cancer treatment, at Wieland’s house.

But it will be alleged the drugs were actually an antibacterial treatment for urinary tract infections called methenamine.

Wieland was expected to appear in Townsville Magistrates Court on Thursday but she failed to appear as she now lives in Gladstone.

Her absence was excused by Magistrate Steven Mosch.

The case is expected to be heard on January 29. 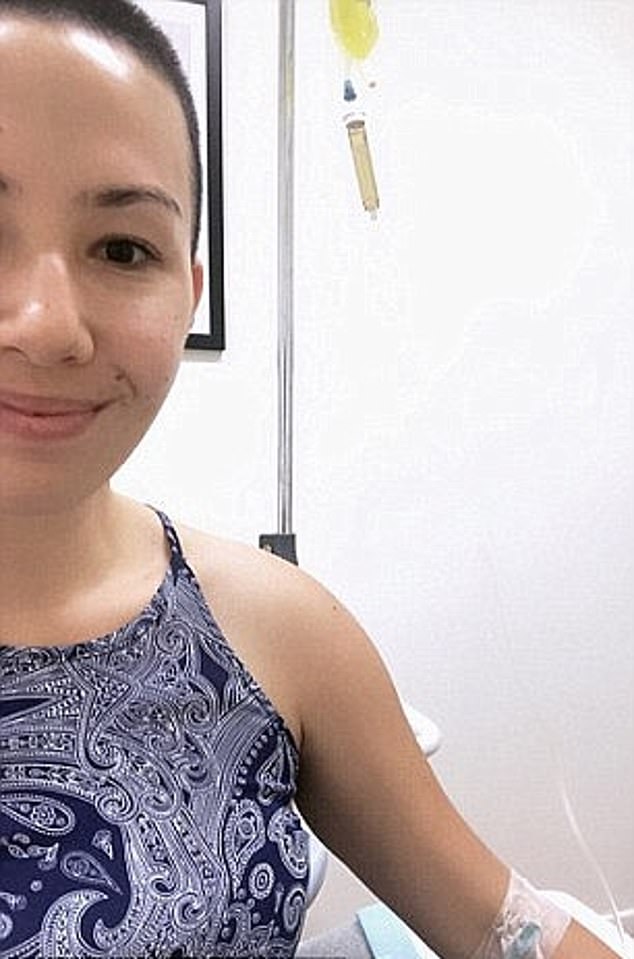 Wieland previously accused Mr Congerton of betraying her after cutting off contact.

‘I’m not accusing him of anything but what the f*** has happened? I thought I was dying,’ she allegedly wrote to friends.

Wieland claimed she was diagnosed with ovarian cancer in March 2018 and had to shut down her beauty salon due to her deteriorating health.

Police believe Mr Congerton was not aware the entire ordeal was an alleged scam, and those who knew the couple believe he fell prey to Wieland’s lies.

Detective Inspector Chris Lawson said Wieland was arrested after a member of the public tipped off detectives. 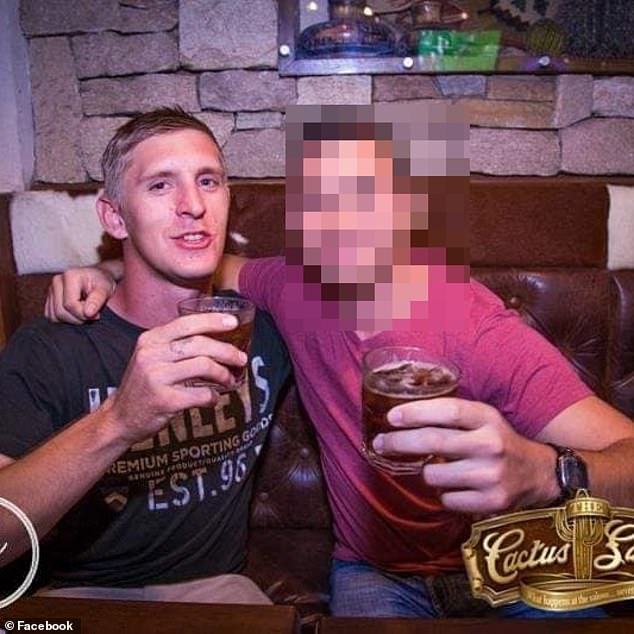