Shaun Wane has hit back at claims from Australia that the World Cup has been rigged in England’s favour.

The Aussie media have moaned that the host nation have been given a full week off between matches, while other teams have had shorter turnaround times and had trouble with training facilities and finding hotels.

But Wane laughed off those suggestions at his press conference on Wednesday, pointing out that the Kangaroos – who play their semi-final against New Zealand on Friday – will have an extra day’s rest over England if they both reach next Saturday’s final.

‘I’ve never, ever heard that before, and I never thought I would hear that,’ said the England coach when the accusations were put to him by an Aussie journalist. ‘I just don’t see where that would come from. That’s definitely not what I am seeing.

‘The Aussies are playing Friday and we’re on Saturday, so they’ve got another 24 hours on us to relax in a steam room.

‘I think the World Cup has done a great job in organising what they have done. We have had seven-day turnarounds and I don’t think any team can moan about changing hotels. 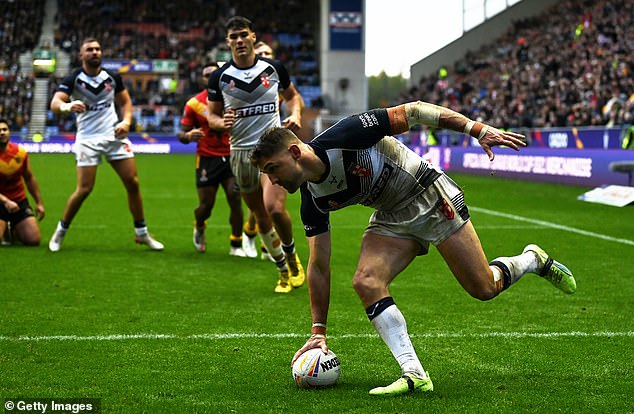 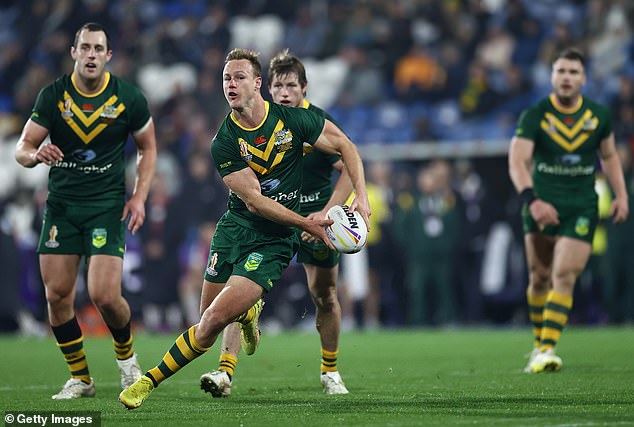 ‘We’re changing hotels this weekend, travelling down to London. But we look at that as exciting.’

England thrashed Samoa 60-6 in their World Cup opener but Wane is expecting an entirely different challenge against a side who boast six players from NRL champions Penrith Panthers.

‘We have not even referenced that first game,’ added Wane. ‘We know it’s a different team. They’re talented with a lot of really good players from the NRL.

‘They’ll challenge us and it’s got the makings of a really good hit out.’