Inmate David Sweat, known for escaping prison in 2015, is in trouble again after he was caught in a sex act with his girlfriend

A convicted murderer who performed a Shawshank Redemption-style prison escape has found himself in trouble again after he was caught getting frisky with his new girlfriend during a recent visit.

Sources told the New York Post that David Sweat’s girlfriend, Frances Malanik, visited him on March 8 at the maximum-security Attica Correctional Facility in upstate New York, where Sweat is currently serving a life sentence for killing a cop.

The 37-year-old inmate and Malanik were in the visitor’s area at Attica’s Special Housing Unit, where Sweat spends 23 hours a day in solitary confinement, when a correctional officer spotted Sweat fondling himself through his prison pants.

The source said Malanik, 45, then reached through the window in the partition that was separating them and took over for Sweat. 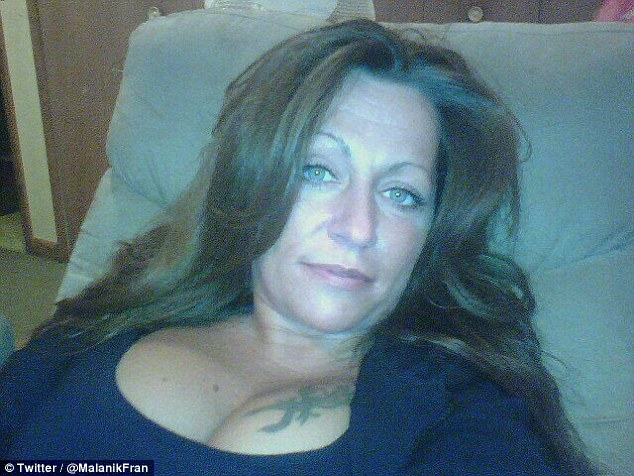 Frances Malanik was escorted out of the prison after she decided to help Sweat fondle himself. Malanik and Sweat started dating in 2015, shortly after Sweat was captured and returned to prison

Officers immediately ended the visit and escorted Malanik out of the prison.

Sweat was put back in his cell and is not allowed to have visits from Malanik for 60 days.

Sweat and Malanik, 45, struck up a relationship in 2015, shortly after Sweat was captured and returned to prison following an elaborate escape.

In June of that year he and fellow inmate Richard Matt busted out of the Clinton Correctional Facility in Dannemora, New York by using tools smuggled to them by jail worker Joyce Mitchell. The escape resembled the one hatched in the 1994 movie ‘The Shawshank Redemption’.

Matt, 49, was fatally shot by a border patrol tactical team three weeks after he busted out of prison. Sweat was captured on June 28, 2015.

Mitchell, who was nicknamed ‘Shawskank’ after it was revealed she had sexual relationships with Matt and Sweat, was arrested and is currently serving seven years in prison.

The elaborate scheme and Mitchell’s involvement inspired a 2017 Lifetime movie. 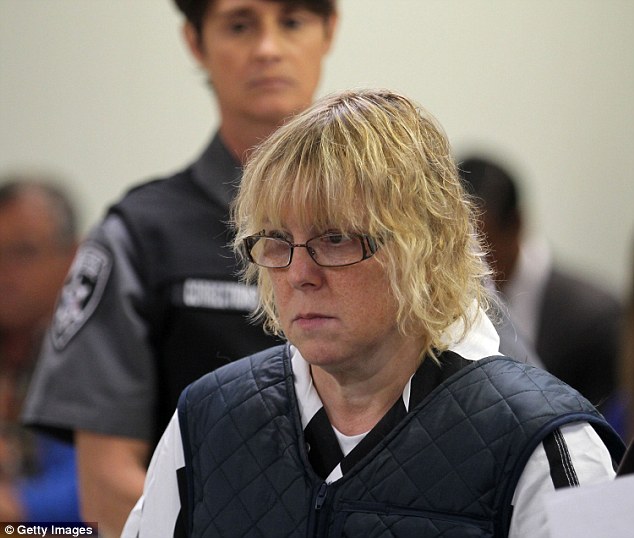 Joyce Mitchell, a former jail worker, helped Seat and another inmate escape prison in 2015 by smuggling them tools. The events inspired a Lifetime movie