Beleaguered Ukip leader Henry Bolton has insisted his relationship with model Jo Marney was ‘more than just a quick leg-over’ and there are ‘real feelings on both sides’ as he refused to rule out reuniting with his controversial lover.

Mr Bolton, 54, was engulfed in scandal when it emerged he had left his wife and two young children for 25-year-old Ms Marney, who was then at the centre of  a racism storm after vile texts emerged of her using the n-word.

She was suspended from Ukip for saying Meghan Markle’s ‘seed’ would taint the Royal Family and Mr Bolton was forced to break-up with her. 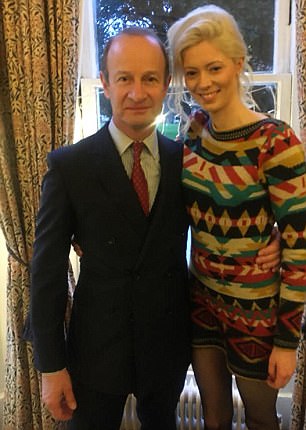 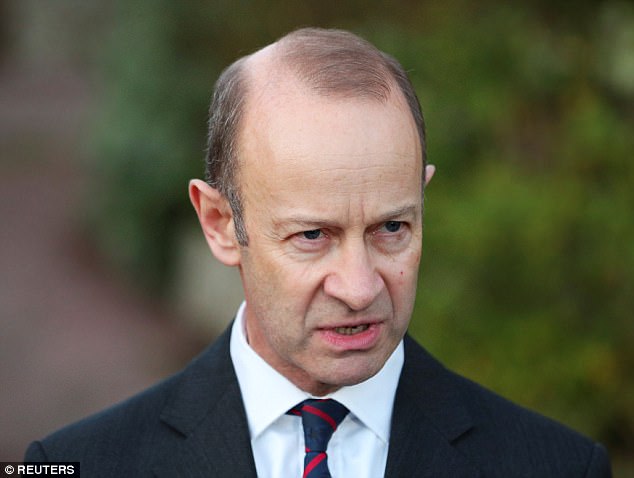 Mr Bolton has so far refused to step down as leader of Ukip, even after his lover was unmasked as a racist who sent vile texts about Prince Harry’s finacee, Meghan Markle

The furore has led to growing calls for Mr Bolton to step down as leader of the party, with his refusal to do so threatening to spark an all-out revolt among members.

But in an interview with the Times, the former policeman refused to rule out reuniting with his controversial lover and revealed he still speaks to her most days.

He said: ‘Everyone assumes that she’s just a quick leg-over or something. There are real feelings on both sides.’

And when asked why he did not just end the relationship for good, he replied: ‘Because we’re humans and I like to think that I do the right thing, not necessarily the thing that everybody expects me to do, but the right thing.

‘And I don’t yet know what the right thing is.’

And Mr Bolton added he was ‘absolutely’ concerned Ms Marney might harm herself as the controversy surrounding their relationship dragged on.

Yesterday, Ukip bosses hit back at Mr Bolton after he had claimed he was ‘skint’.

Party treasurer John Bickley  said the leader had been given £10,000 in expenses since he became leader on September 29 last year. 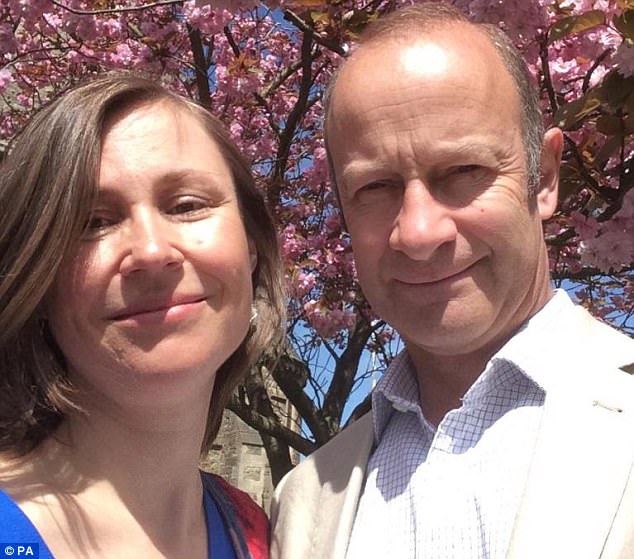 One of the payments is believed to be made a fortnight before Christmas while another came  after news of his relationship with Ms Marney became public.

Mr Bickley refused to acknowledge what the payments covered due to confidentiality concerns, although he did admit that the money had been paid.

‘The party has been doing everything to try to help him. The party isn’t undermining him.’