She wasn’t lovin’ it! Toe-curling moment man proposes in a busy McDonald’s queue – and gets rejected

She wasn’t lovin’ it! Toe-curling moment man proposes in a busy McDonald’s queue – and gets rejected

A man has proposed to a woman in a McDonald’s queue – but it’s safe to say she wasn’t lovin’ it.

Footage shows the man down on one knee while holding out a ring box while the woman orders at the till at the fast food chain’s Sandton branch in Johannesburg, South Africa.

She looks toward the McDonald’s employee before turning around and shaking her head at the man.

Onlookers can be heard cheering at the couple, in a bid to encourage the woman to say yes.

A man proposed to a woman in a busy queue at Sandton McDonald’s branch in Johannesburg, South Africa

The couple appear to share a heated exchange before the woman storms out of the store and is booed by other diners.

The man finally gets up and collects the food from the counter, which he props in his shopping trolley, before walking out with his dinner and no fiancée.

The video of the failed proposal has racked up 3.7 million views on Twitter, with many criticising the man’s choice of location to pop the question. 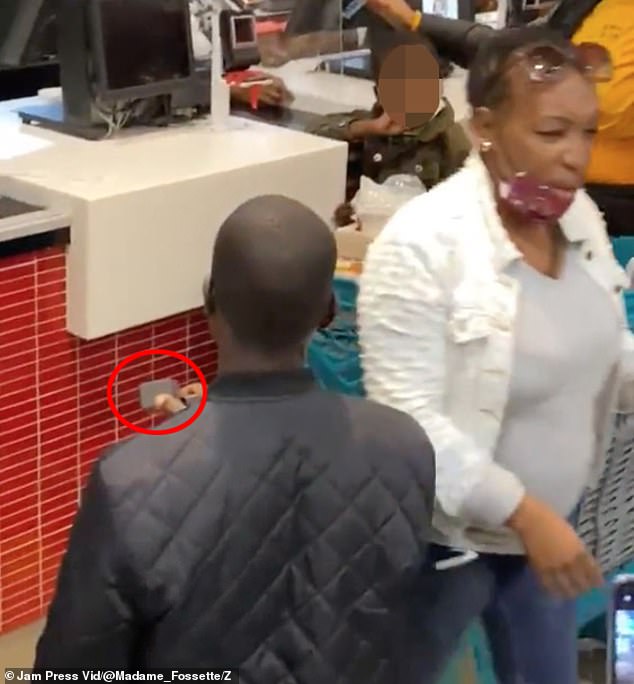 One person said: ‘OMG NOT AT MCDONALDS.’

A second social media user added: ‘If a man proposes to me in McDonalds I’d just pass out because no way you thought this was the ideal way to propose to me, no f****n way!’

A third person commented: ‘He thought to himself, “What would be the most romantic proposal?” Mcdonald line next to a trolley of groceries.’ 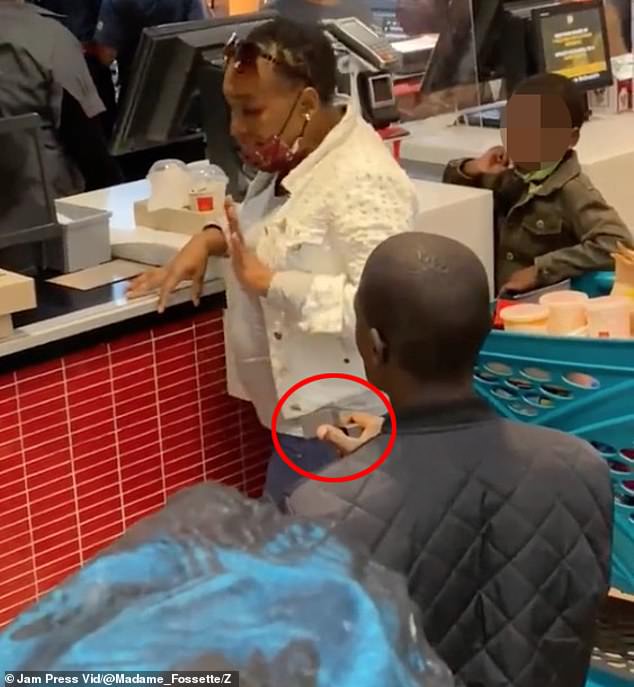 Others said the woman was well within her right to turn him down.

A Twitter user said: ‘What’s sad about someone saying “no”?’

‘Clearly we’ve become entitled to have people agree with us on everything.

‘In private or public she’s exercising her decision as an individual, y’all need to stop with this nonsense. Lmao.’ 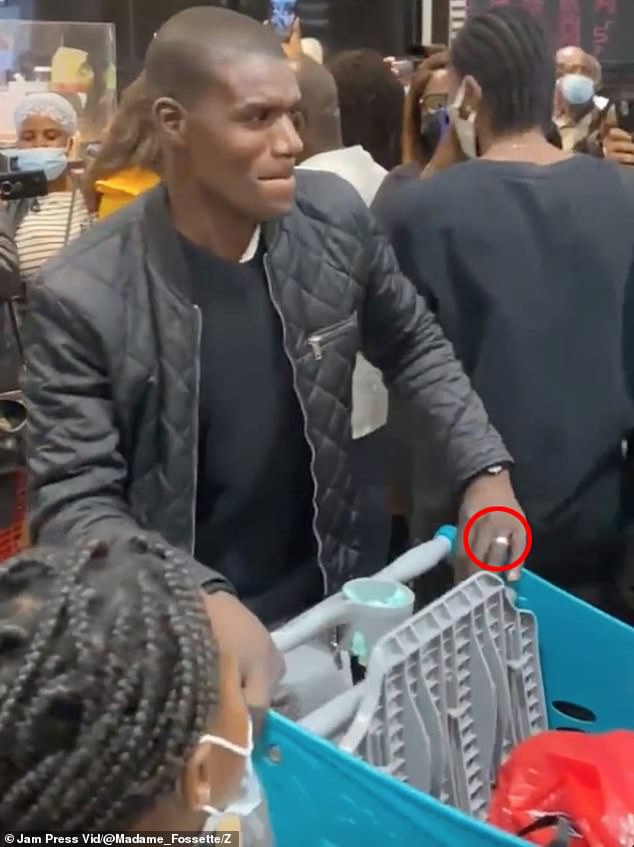 The video of the failed proposal has racked up 3.7 million views on Twitter, with many criticising the man’s choice of location to pop the question and many noticing the wedding band already on his finger

And others pointed to the fact the man was already wearing a ring on his wedding finger.

‘And why is this man already wearing a wedding band?’, said one Twitter user.

Another person added: ‘Wait, is this man trying to take a second wife?… I see a ring.’