When it comes to naked self-aggrandisement, brass neck and eye-watering double standards, the machinations of the British establishment are truly wondrous to behold.

Take Lionel Barber, 62-year-old editor of the Financial Times, who even his admirers would admit, is not much given to self-doubt or modesty.

A year ago he raised eyebrows after accepting the Legion d’Honneur from the French government in recognition of the Remainer FT’s ‘positive role in the European debate’. But now he has truly excelled himself.

Financial Times editor Lionel Barber (pictured) was  tasked with finding a new chairman. To widespread incredulity, it’s just emerged he has decided to put himself forward for the job

Barber has spent nearly a year as acting interim chairman of Tate, the art galleries group, tasked with finding a new chairman.

To widespread incredulity, it’s just emerged he has decided to put himself forward for the job.

Barber’s expected appointment has already raised questions about potential conflicts of interest and disquiet has been expressed among FT journalists and Tate trustees.

The gallery is reliant on corporate sponsorship from financial companies which would normally be scrutinised by the Financial Times.

The chairman’s role is to secure external funding so questions will inevitably be asked as to how donations to the Tate may affect his paper’s coverage of the donors.

But, in a further astonishing twist, I can reveal Barber is also chair of Tate’s ethics committee — the very body whose role it is to police sponsors and ensure no impropriety in receiving donations from companies that often appear in his own paper’s pages. 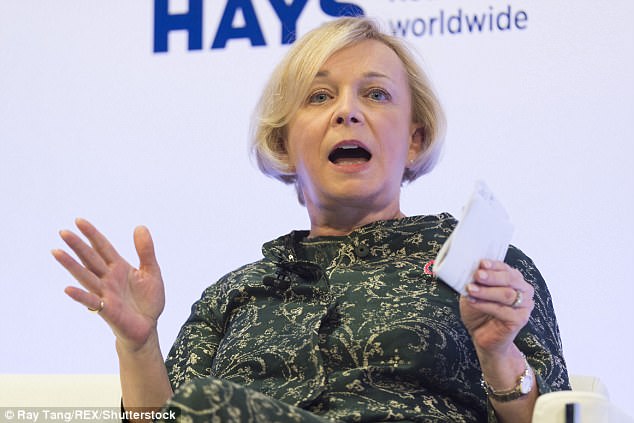 Other leading candidates for the chairmanship were Moya Greene (pictured), chief executive of the Royal Mail 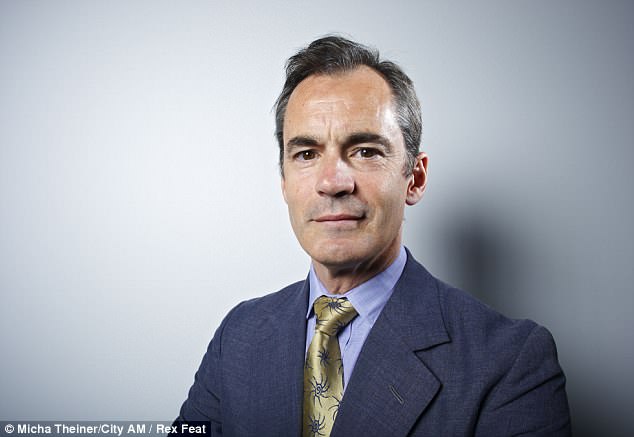 Barber, as if he didn’t have enough on his gilded plate, also sits on the gallery’s Finance and Operations Committee and the Audit Committee.

‘All trustees and the chair are bound by the Nolan principles,’ says a Tate spokesman, referring to the Committee for Standards in Public Life. ‘We haven’t announced the next Chair of Tate and we cannot comment further at this stage.’

Once he is appointed Tate chairman it is expected Barber will stand down from the ethics committee.

Other leading candidates for the chairmanship were Moya Greene, chief executive of the Royal Mail, and Barber’s fellow Tate trustee Roland Rudd, chairman of the PR company Finsbury.

‘The funding situation of Tate is dire,’ says my source. ‘After government funding they need to raise £100 million a year. Tate Britain is in need of major refurbishment. This is not just a part-time sinecure, but a challenging job.’

Barber, who has been FT editor since 2005, is thought to have secured agreement from Nikkei, the Japanese owners of the newspaper, that he could carry out both roles for a limited period.

‘He has told colleagues at the newspaper he plans to stay until 2020,’ says another source.

Seasoned Fleet Street observers, however, are mystified as to how Barber could find time to do both jobs. Barber declined to comment.

Kirstie, the daughter of former Christie’s chairman Lord Hindlip, says: ‘He has an amazing wife in Fiona, who does everything — except that he takes care of the mortgage, bins and cars. That’s all he does.’

Kirstie doesn’t disclose if her long-term boyfriend, Ben Andersen, is any more helpful around the house.

There are plenty of awkward scenes to enjoy in the hit BBC sitcom Mum — and the embarrassing moments are not confined to on-screen shenanigans.

Lesley Manville, 62, is the acclaimed star of the show while her 29-year-old son, Alfie, works on it as a cameraman. 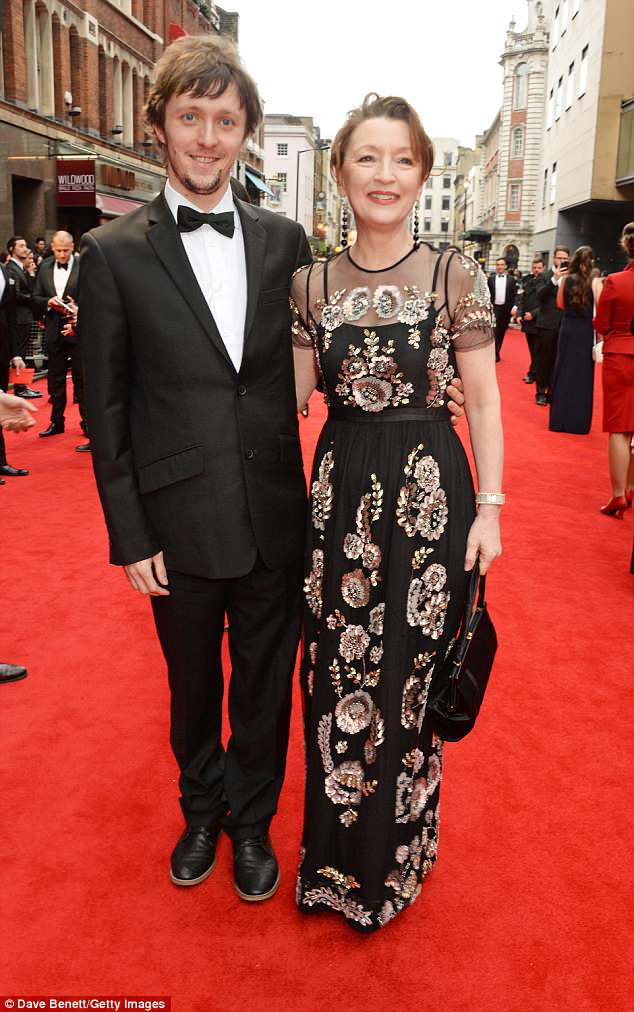 Lesley Manville, 62, is the acclaimed star of the show while her 29-year-old son, Alfie, (pictured with his mother), works on it as a cameraman

Manville says: ‘Sometimes I’d see him at lunchtime and he’d quip: ‘You all right there, Mum? In your trailer?’

Alfie, whose father is Manville’s ex-husband, Gary Oldman, worked with his mother during outdoor scenes. ‘It was surreal at times,’ the actress says. ‘I’d sometimes forget Alfie was on the crew and think, ‘What on earth are you doing here?’ when I saw him.’

Tory Brexiteer Jacob Rees-Mogg says if the EU referendum had gone the other way, he would have temporarily joined an order of Trappist monks and remained silent for several months rather than complain about the result.

He might have enjoyed the experience. The Leicestershire monastery in question has a licence to brew its own beer.