Dr Katie Edwards (pictured) has claimed the son of God was also a victim of sexual abuse, when he was stripped to be crucified.

An unlikely figurehead has been co-opted into Hollywood’s Me Too movement – Jesus Christ.

An academic from the University of Sheffield has claimed the son of God was also a victim of sexual abuse, when he was stripped to be crucified.

Writing in advance of Easter, on website The Conversation, Dr Katie Edwards says this was a ‘powerful display of humiliation and gender-based violence.’

In an article headlined with the words ‘#Him Too’, written with an academic from the University of Otago in New Zealand, she wrote: ‘This is not just a matter of correcting the historical record.

‘If Jesus is named as a victim of sexual abuse it could make a huge difference to how the churches engage with movements like #MeToo, and how they promote change in wider society.’

The MeToo movement has been supported by Hollywood actors, who wore black to support it, and attacked by feminist Germaine Greer as ‘ballyhoo’.

But the article is thought to be the first to link it with the crucifixion. 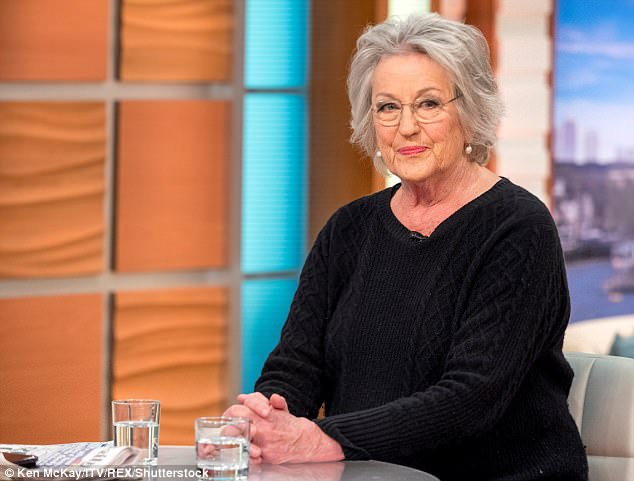 The MeToo movement has been supported by Hollywood actors, who wore black to support it, and attacked by feminist Germaine Greer (pictured) as ‘ballyhoo’

Dr Stuart Waiton, a criminology expert and senior lecturer in the sociology department of the University of Abertay, said: ‘Using Jesus Christ in this way is farcical.

‘There is a tendency in society to discuss almost everything as a form of abuse, to try and attach the label of victim and victimhood to more and more things and people.

‘But this is ahistorical and odd.

‘Our understanding of Jesus suggests he would see hardship as something to rise above and move on from, rather than as something that you come to define yourself through.’

Dr Edwards is director of the Sheffield Institute for Interdisciplinary Biblical Studies and has called for more attention to be paid to the stripping of Jesus, which she claims receives ‘little attention and minimal discussion.’ Writing with Professor David Tombs, Howard Paterson chair of theology and public issues at the University of Otago, she said the MeToo movement had exposed a common tendency to deny and dismiss sexual assault, harassment and abuse.

The article continues: ‘With this in mind, during this present Lenten period, it seems especially appropriate to recall the stripping of Jesus and to name it for what it was intended to be: a powerful display of humiliation and gender-based violence, which should be acknowledged as an act of sexual violence and abuse.’

Stripping was a deliberate action used by the Romans to humiliate and degrade those they wished to punish, although historical depictions of the crucifixion tend to show Jesus wearing a loincloth.

The article says scenes of the crucifixion contrast the power and control of the Romans against the forced submission of their prisoner, while hinting at further sexual violence in store.

The authors conclude: ‘The sexual abuse of Jesus is a missing part of Passion and Easter story retellings. It’s appropriate to recognise Jesus as a victim of sexual violence to address the continuing stigmafor those who’ve experienced sexual abuse, especially men.’