Sheffield Shield suspended at MCG due to dangerous pitch

Cricket authorities are scrambling to make sure the Melbourne Cricket Ground is able to host the Boxing Day test after a domestic game at the ground was suspended on Saturday due to an unsafe pitch.

The Sheffield Shield match between Victoria and Western Australia was stopped shortly after lunch as batsmen were in danger.

Three Western Australia batsmen were hit multiple times as the ball spat off the pitch at unpredictable angles.

The poor pitch was a concern for curators ahead of the highly anticipated Boxing Day test against New Zealand, although the strip used on Saturday was not the one earmarked for the upcoming test.

Shaun Marsh, Cameron Green and Marcus Stoinis were all hit by deliveries as the ball climbed unexpectedly off a good length.

Marsh and Stoinis were both struck in the helmet but umpires led players off the field after Stoinis went down after taking a painful blow to the ribs.

The game was halted several times after each player was hit and they were assessed by medical staff.

‘There were multiple balls that sort of vertically deviated more than acceptable and struck players on the helmet and body,’ referee Bob Parry said, the ABC reported.

‘That’s when the umpires felt it was becoming dangerous and player welfare has to be front of mind.’

Chief curator Matt Page spent an hour rolling the pitch to try and flatten it out.

Normally pitches can only be rolled between innings or in the morning before play begins, but Victoria gave permission for Page to work on the deck in the hope of play resuming.

The Sheffield Shield was suspended on Saturday after several batsmen were struck by the ball due to divots in the pitch (pictured: batsmen Shaun Marsh being hit in the helmet) 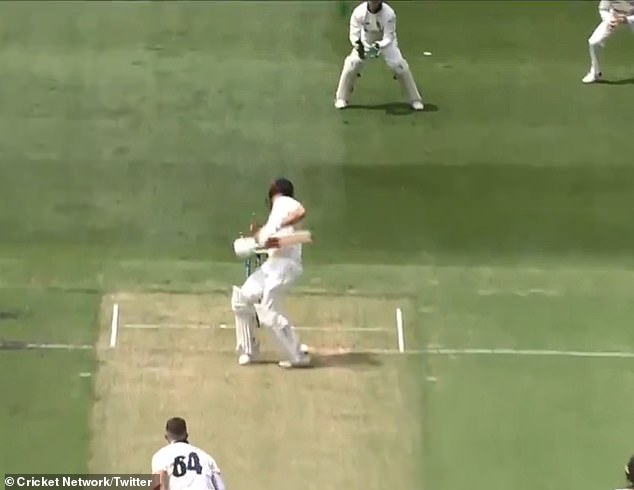 Umpires were expecting the game to resume on Sunday morning.

If the pitch is still deemed too dangerous and can’t be rescheduled the points will be split between Victoria and Western Australia.

The MCG was criticised last summer and given a ‘poor’ rating as it was too slow and flat, providing little life for bowlers and batters.

Australia and New Zealand are due to go head to head at the MCG on December 26. 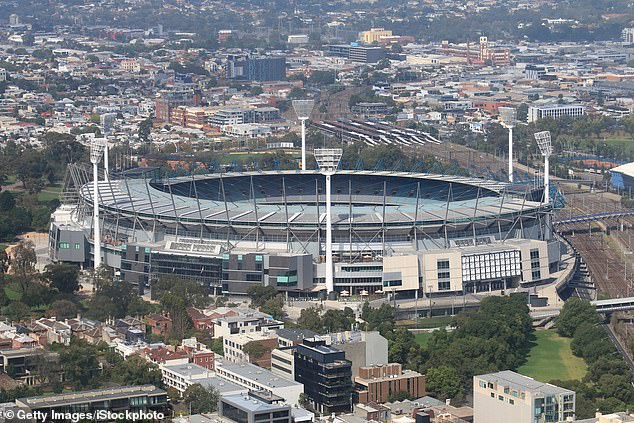 The MCG (pictured) was criticised last summer and given a ‘poor’ rating as it was too slow and flat, providing little life for bowlers and batters