In the week Chris Wilder publicly cast doubt on his future as Sheffield United manager, his players produced a performance that showed the board they must do everything they can to keep him.

This victory, only their fourth in the league this term, over Aston Villa may not be enough to keep Wilder’s team in the Premier League, but it showcased a group united behind their leader, even though they are still 12 points adrift of safety with 11 games remaining.

Wilder promised to celebrate on his players’ behalf and said: ‘They have another game on Saturday (against Southampton). All the beers they might have drunk tonight, I’ll do that for them.’ 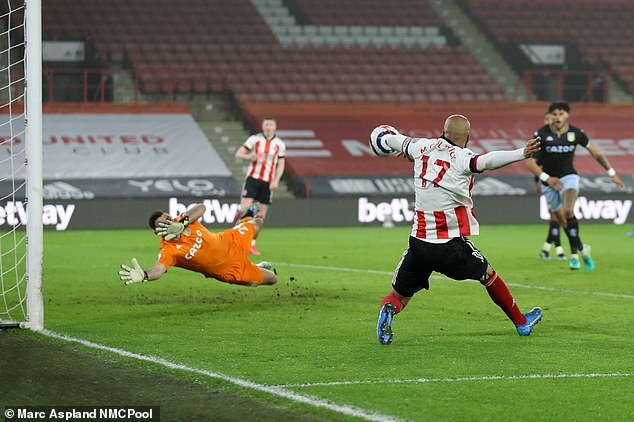 Reduced to 10 men early in the second half when Phil Jagielka’s yellow card for fouling Anwar El Ghazi was upgraded to red by referee Robert Jones in another controversial VAR call, the Blades defended superbly to ensure David McGoldrick’s 31st-minute strike would be enough to win it.

Amid ongoing differences with club executives, Wilder said this week he did not know whether he would still be in charge next season.

He led United from League One to the top flight, and this is their second season at this level.

Who can United possibly hire who would do a better job?

‘It was everything you want in a performance,’ Wilder added.

‘Any win for Sheffield United in this division is a huge result.’

Wilder also showed a ruthless streak by bringing off substitute Oli Burke, who had replaced Rhian Brewster on the hour, with two minutes left.

Ollie Watkins headed against the post yet despite playing against 10 men for more than half an hour, they could not break through.

‘We shouldn’t be leaving with nothing but we threw away points tonight,’ admitted Villa boss Dean Smith. ‘We didn’t show enough quality.’

Despite their multiple injuries, the home side matched Villa in a competitive opening half, though the first good chance fell to Smith’s men.

Watkins won the header after Bertrand Traore’s shot was blocked and John McGinn outmuscled Kean Bryan at the far post only to drag the ball wide. 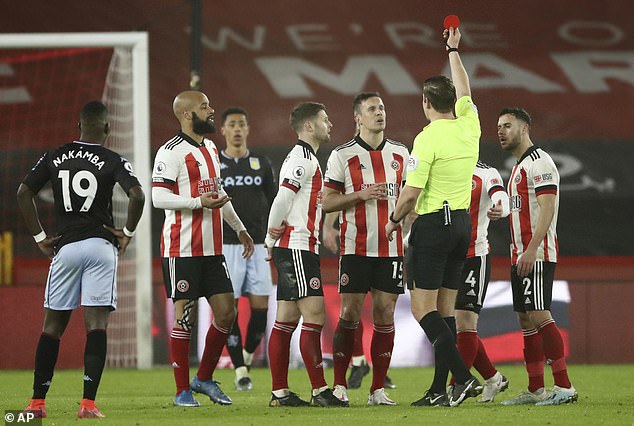 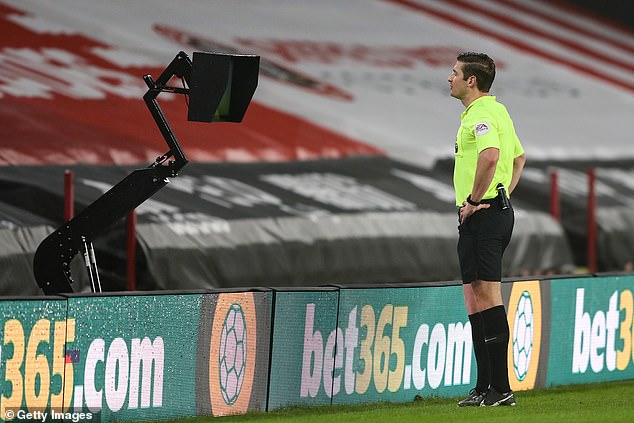 Villa were punished in the 31st minute when McGoldrick found George Baldock with a diagonal ball and continued into the box, scoring off the bar when Ahmed Elmohamady switched off and allowed him to reach the cross.

Three minutes later Traore showed wonderful footwork to weave past three United players – yet with the goal at his mercy, fired wide from 12 yards.

Traore went close again early in the second half, forcing Jagielka into a brilliant sliding block. Then Matt Targett crossed from the left and Watkins glanced a header against the woodwork.

The goal-saving challenge was the high point of Jagielka’s evening. He was originally shown a yellow card for bundling over El Ghazi as the Dutchman ran on goal, but after checking the monitor, referee Jones opted to send off the former England centre-back. 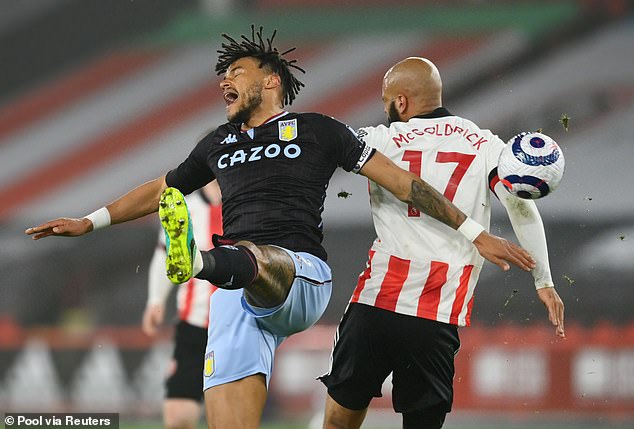 United were stunned, though it is questionable whether covering defender Bryan would have reached the ball ahead of El Ghazi had Jagielka not felled him.

Just as they were at Villa Park last September, when John Egan was dismissed early on, the Blades found themselves a man down.

Back in June, they were denied a clear goal at Villa Park because goal-line technology malfunctioned.

‘Villa are a brilliant club but they have had some decisions against us,’ remarked Wilder.

Villa moved up a gear, and Traore’s close-range effort was scrambled away by Ethan Ampadu, before John Fleck produced an equally important tackle on substitute Keinan Davis. Then in stoppage time Ramsdale made an outstanding stop to deny Konsa and Watkins could not reach the loose ball in time. 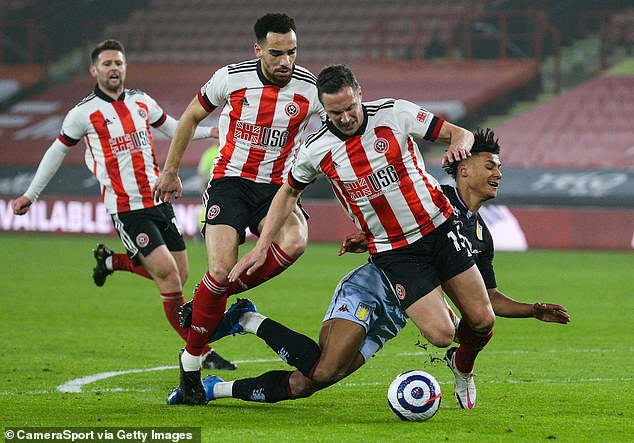 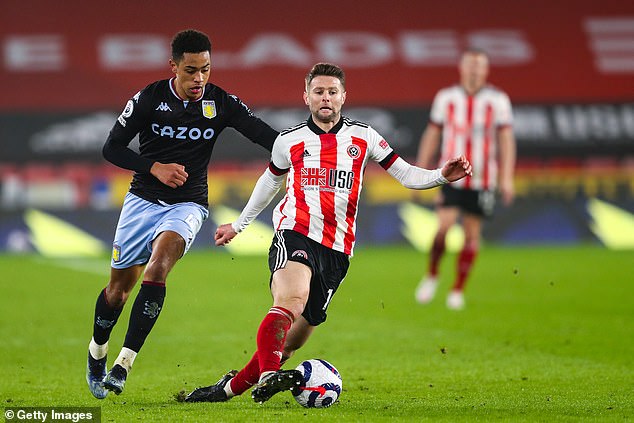