Sheffield United 1-1 Birmingham City: Troy Deeney’s back to his best, scoring the equaliser to cancel out a goal by the Blades’ Oli McBurnie

By Ross Heppenstall At Bramall Lane For The Mail On Sunday

Paul Heckingbottom’s Blades were on course for victory when the revitalised McBurnie smashed home a fine strike to open the scoring in the 64th minute.

It was his fifth goal in his past six games but the visitors, inspired by veteran skipper Deeney, were not to be denied.

They drew level in the 70th minute when the impressive Tahith Chong delivered a dangerous ball behind the United defence.

Deeney was there to collect possession and rifle a shot past Wes Foderingham from close range for his first goal of the season, much to the delight of the huge travelling support behind the goal.

The Blues were good value for their point after battling gamely throughout but United followers headed home with a huge sense of frustration.

If Heckingbottom’s side are to earn to automatic promotion, they simply have to take maximum points on home soil.

United had won their previous four games without conceding a goal, a fine sequence of results which had got Blades followers dreaming of a return to the Premier League.

This was their first game at Bramall Lane since August 30 after the postponement of the recent visit of Rotherham following the passing of Her Majesty Queen Elizabeth II.

After so long away, it took Heckingbottom’s men the best part of an hour to feel at home again.

McBurnie has enjoyed an impressive resurgence this season, but when Oli Norwood delivered a corner from the right flank in the 15th minute for the first home chance, he headed straight at Blues goalkeeper John Ruddy. 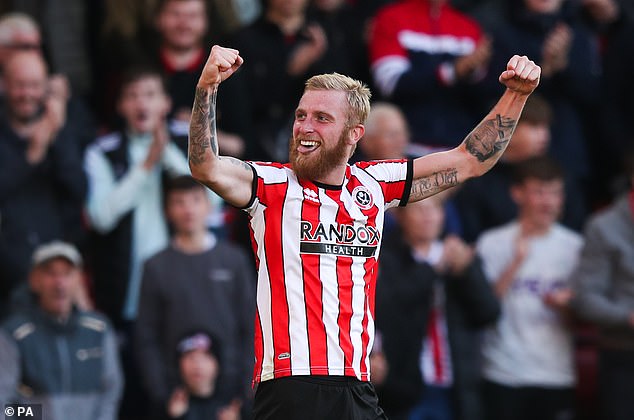 In truth it was only a half-chance and three minutes later the visitors almost caught United cold.

Birmingham midfielder Chong burst into the home penalty area and struck a shot which John Egan did superbly well to block.

A free-kick from United midfielder Tommy Doyle, on loan from Manchester City, smacked the top of the crossbar.

Sander Berge then fired wide after expertly engineering the space to hit a low, left-foot shot. 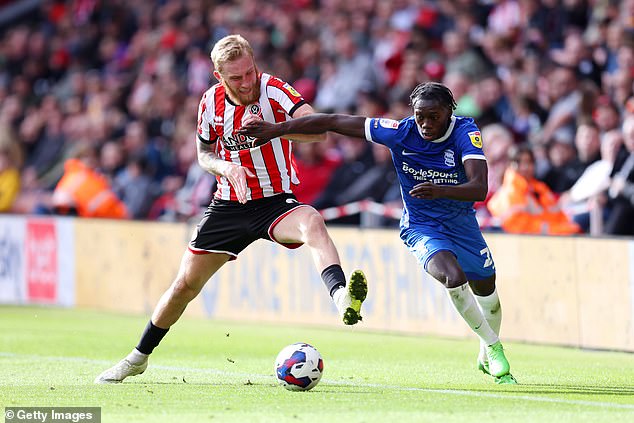 Iliman Ndiaye then failed to hit the target before strike partner McBurnie headed a Doyle cross from the right flank.

Birmingham continued to scrap for everything as the second half unfolded and Deeney went close from a deep free-kick before Ndiaye nodded wide at the other end.

Then came McBurnie’s moment as a free-kick dropped kindly to him 16 yards from goal and he lashed a thunderous right-foot shot high into the net.

Yet the visitors were soon level as Deeney struck in predatory fashion.

Billy Sharp came off the bench to replace McBurnie and drew a smart save from Ruddy late on as the honours ended even.