By Jason Mellor For The Mail On Sunday

Chris Wilder has revealed how the 12-month coronavirus pandemic has left him a changed man as he comes to terms with ‘something pretty awful’ in his personal life.

The Sheffield United manager admits he has had ample time to reflect during lockdown on the importance of football in helping people deal with personal loss.

Wilder’s Blades host a Liverpool side still in shock from the death of goalkeeper Alisson’s father, a tragedy which came after Jurgen Klopp was unable to attend the funeral of his mother in Germany this month due to travel restrictions. 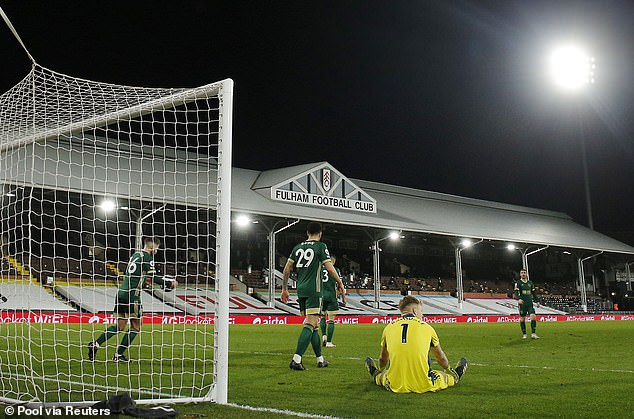 Wilder says the pandemic has allowed him to reassess his approach to life, and while he understandably didn’t want to go into details on his own circumstances, the Bramall Lane manager said: ‘There are always situations that happen in people’s personal lives.

‘I know Jurgen didn’t really want to comment too much about it, but it happens. It happened to me this week that something pretty awful’s gone on, but it happens to everybody.’

Both in terms of its players and staff behind the scenes, Covid has hit the South Yorkshire club hard.

Speaking of its wider impact, Wilder added: ‘Through this period there are so many people who have been affected and it’s been so sad for a lot of people.

‘However important football is to us all there are always things going on in life which help to keep it in perspective. We’ve had a year which has been difficult for anyone to either understand or enjoy. 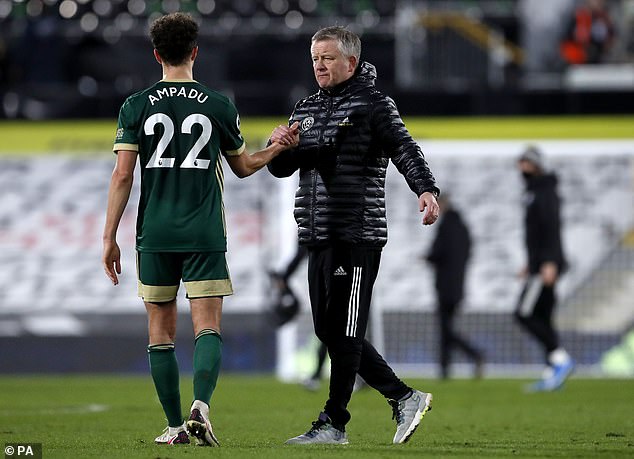 ‘We’re looking to get out of the back end of it now and looking for that time where we can all get back to that normality we used to enjoy and have possibly, and I won’t be alone in this, taken for granted a little bit. We’ll all reflect on that and maybe change our ways slightly going forward.’

After four seasons of continuous success under the lifelong Blades fan, a disastrous campaign sees them bottom of the Premier League table and on the verge of relegation.

Even given such a stark scenario on the pitch, Wilder admits the natural rhythms and weekly routines of the game proved a welcome constant during a turbulent last year.

He added: ‘We all have that same situation where things have happened that affect us personally, but you come back to one thing that’s consistent and it’s that game of football that at times takes us out of the sort of situation we find ourselves in.

‘You end up getting back to work and concentrating on your work. Football doesn’t really matter, but it ends up mattering.’