Championship Covid farce: Middlesbrough have NINETEEN positive cases and more players with symptoms, but are told they MUST play Sheffield United this weekend and will need to recall loanees to make up the numbers, leaving Chris Wilder fuming

By Craig Hope and Isabel Baldwin For Mailonline

Middlesbrough have been forced to play their Championship fixture against Sheffield United, despite a Covid-19 outbreak leaving their squad decimated after 19 players and members of staff tested positive.

Nine of Boro’s players, seven of whom would have started the fixture on Saturday, and ten members of staff have positive cases.

But despite Covid ripping through their squad, the EFL have said the game must go ahead, telling a frustrated manager Chris Wilder to recall players from loan to fulfil the fixture.

The former Blades boss described the situation as ‘the most difficult 48 hours of his 20-year managerial career’ and said he will recall players on Friday, less than 24 hours before the game, in a bid to boost their options off the bench. 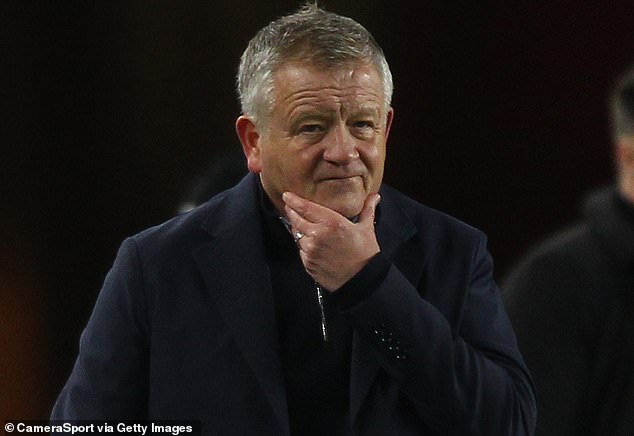 In addition to the loss of key members of the full-strength XI, members of staff including Alan Knill, Matt Prestridge, club analysts, coaches and three kit-men have all tested positive. 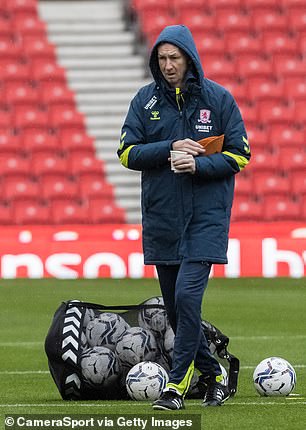 Ahead of his return to Bramall Lane for the first time, an angered Wilder told BBC Tees: ‘It’s possibly been the most difficult 48 hours of my managerial career. That says a lot.

‘The game is on. We’ve talked to the EFL, who have told us we need to do everything we can to get it on.

‘We have a number of players that are available and what they’ve wanted us to do is supplement that group with players out on loan. I can’t get my head around that.

‘I’ll be making a call to Steve Cooper to see if we can have Djed Spence back to sit on the bench. And the same with Lewis Wing. And Rumarn Burrell. We have players travelling down on their own to Sheffield.

‘We’ll have to recall the likes of Stephen Walker, Lewis Wing.’

Wilder continued: ‘The blunt message we keep getting back from the EFL is ‘you have an obligation to fulfil this fixture’. 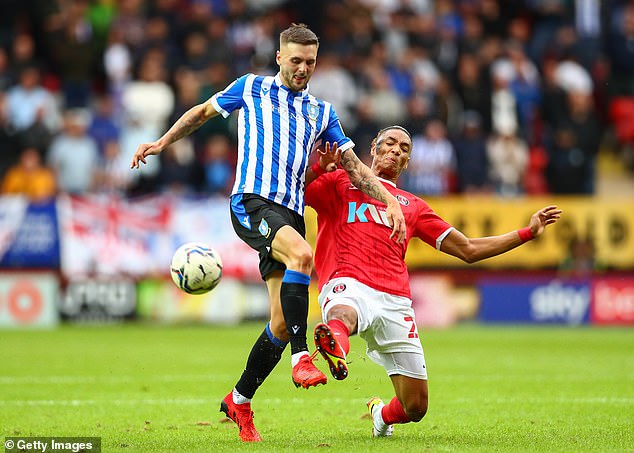 ‘This is 100% a covid outbreak. We have one injury, and he could play for 30 minutes. Let’s put the cards on the table. Will some clubs have bent the rules to dodge a fixture? In my opinion 100%.

‘I’m a man of integrity and honesty. I will play a game anywhere against anybody on a level playing field. We have been absolutely decimated from a player and staff point of view.’ The news follows the Football League decision to abandon matchday testing in an attempt to prevent last-minute postponements of fixtures.

The last-minute postponements have angered supporters and concerned clubs. But now, the EFL’s medical advisors have agreed testing on the day of the game only needs to happen if a player is showing symptoms of Covid.

Middlesborough had one Covid case in the camp earlier in the week ahead of their 2-1 win at Blackpool on Wednesday night.

However, that number multiplied significantly on Thursday and more tests were due to be taken on Friday morning. Sources say the squad has been ‘decimated’ by the spread of the virus.

Wilder’s side are the Championship’s in-form team and have climbed to fifth on the back of his arrival last month. They have won their last three on the spin and have taken 17 points from a possible 24 under the new boss.