Sheffield Utd striker Oliver McBurnie, 24, admits drink driving and is fined nearly £30,000 after police spotted him speeding ‘like an idiot’ in his Audi A8 at 1am

A Premier League footballer has been fined almost £30,000 for speeding ‘like an idiot’ while drink-driving to buy a friend some cigarettes.

Sheffield United striker Oliver McBurnie, 24, was caught by police in his black Audi A8 over one-and-a-half times over the alcohol limit.

They spotted the £20million player near his home in Garforth, Leeds, in the early hours of October 18 last year and stopped him for driving recklessly.

The 24-year-old Scottish international was breathalysed at the scene and recorded a reading of 53 micrograms per 100 millilitres of breath, 18 over the limit.

He had orginally denied the offence but changed his pleas to guilty at Leeds Magistrates Court today.

The court heard how officers spotted McBurnie driving recklessly at 1.16am on October 18 last year near Selby, North Yorks.

The court was told he had been driving ‘like an idiot’ by prosecutor Phillip Morris.

He said: ‘Essentially, officers noted that he drove off at speed.

‘In fact he drove off at such a considerable speed that the officer said it was idiotic during the exchange by the roadside with the defendant.

‘He was on a 20 mile limit road and the speed he was doing was grossly in excess of that.’ 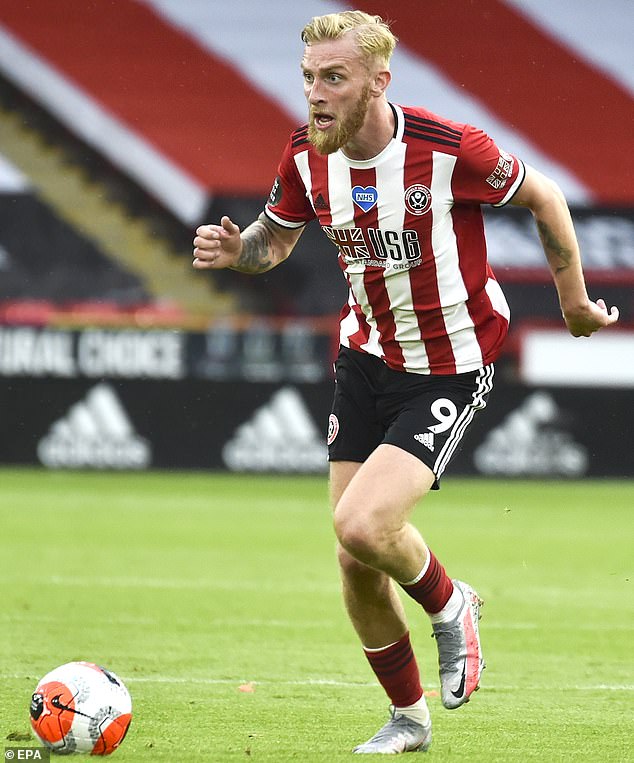 McBurnie began his career with Bradford City and moved to Sheffield United from Swansea in August. The player has won nine international caps for Scotland.

He had initially pleaded not guilty in November last year but changed his plea at the last minute in court.

Wearing a white shirt and a black tie, the £20,000-a-week striker only spoke to confirm his guilty plea.

Defence barrister John Dye told the court it was ‘stupidity’ that landed McBurnie in court but that was a mistake he was ‘genuinely sorry’ for. 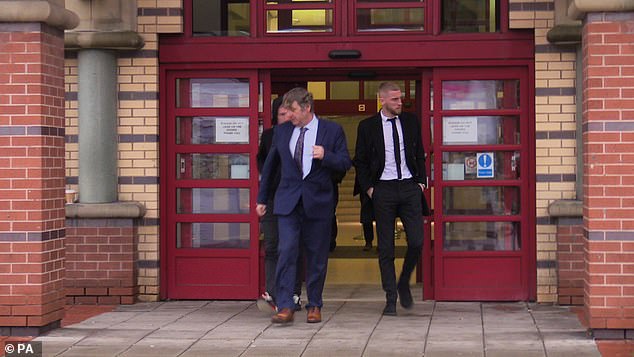 He said: ‘He was with a female friend who asked for cigarettes. He didn’t think and got in the car.

‘It’s real stupidity that put him in this place but he is genuinely sorry.

‘He is genuinely embarrassed to be here today with his father, and knowing so many look up to him.

‘But he won’t find himself in this position again.

‘He shouldn’t have done it, he gets that, but his offense isn’t as bad as it seems to those outside.’

Sentencing McBurnie, District Judge Michael Fannings told him he had chosen to put ‘himself and others at risk’ after recklessly getting into his black Audi A8 while drunk.

He added: ‘You are a young man, presumably of good character.

‘You pleaded guilty at the very last possibility.

‘I have to say that drink drivers are disproportionately responsible for causing death to innocent people.

‘You chose to put other people as well as yourself and your passenger at risk.’

He was fined £29,301 and given a 16-month driving ban which could be lowered to 12 months if he completes a rehabilitation course by May 2021.