Sheffield Wednesday 2-0 Sunderland: Dennis Adeniran stars with a goal and an assist for the hosts as they cause a Carabao Cup upset against Championship high-flyers Sunderland in the First Round at Hillsborough

Dennis Adeniran’s star performance helped League One Sheffield Wednesday to a 2-0 victory over Championship side Sunderland in the Carabao Cup First Round tie on Wednesday night at Hillsborough.

Adeniran opened the scoring in the 16th minute with a spectacular left footed strike from outside the Black Cats’ box which left goalkeeper Alex Bass with no chance of saving it as it flew into the top left corner.

The Wednesday midfielder then turned provider in the second half, teeing up Sylla Sow’s second goal for the home side in the 56th minute as the Owls go into the hat for the Second Round, which will feature non-European Premier League sides. 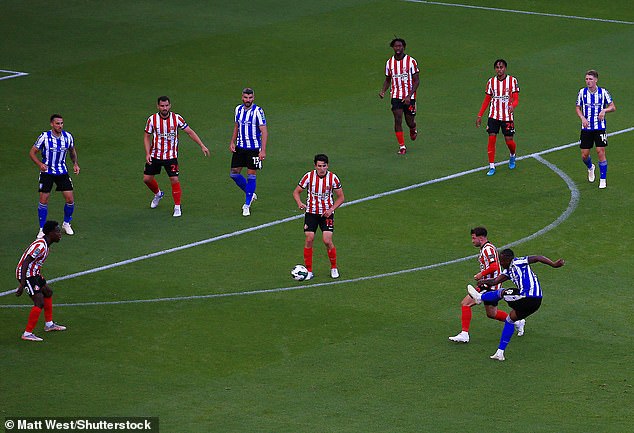