Sheila Buckley, mistress of rogue MP John Stonehouse, is pictured for the first time in years

She was once the glamorous brunette whose lover, the notorious John Stonehouse MP, scandalised Westminster.

The former Labour cabinet minister faked his own death and was jailed for seven years for fraud, but his loyal secretary-turned-wife Sheila Buckley stood by him to the end.

More than 40 years on, Ms Buckley, now 80, cuts a very different figure in the secluded cul-de-sac where she now lives a sedate life, pruning her roses and helping clients with their tax returns.

Her auburn locks have been replaced by grey and there is little hint of the sparkle in the green eyes that once captivated Stonehouse, the subject of two new biographies, who, despite being 21 years her senior, embarked on a torrid affair with her when she was working as his parliamentary secretary in the 1970s. 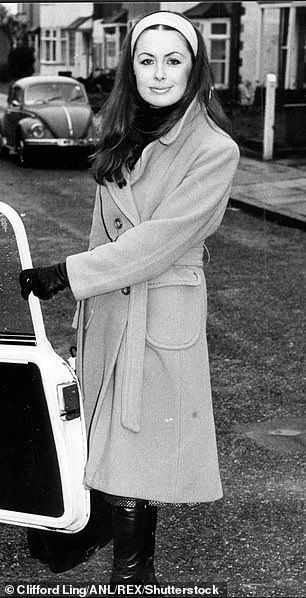 John Stonehouse’s mistress Sheila Buckley is pictured today (left) some 47 years after she was at the centre of the rogue MP’s spectacular downfall when he faked his own death. Ms Buckley (right) was Stonehouse’s brunette secretary, 21 years his junior, when they had an affair 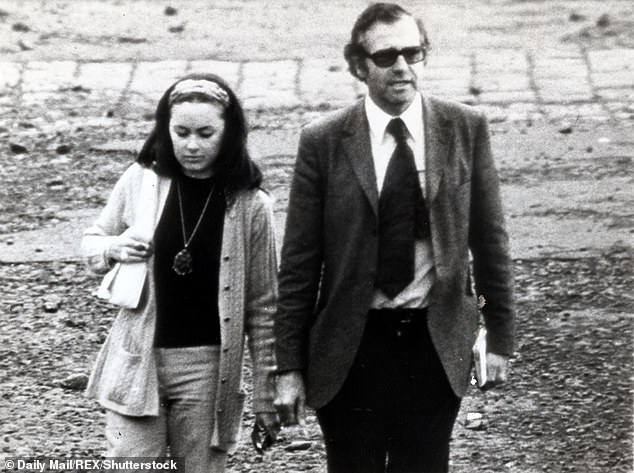 Stonehouse and Buckley, pictured here together alone, fell for each other when the philandering MP comforted his pretty secretary when she was divorcing her first husband

In one of the most astonishing scandals in British history, former Postmaster General Stonehouse went on the run when a string of crooked business deals finally caught up with him.

He left a pile of clothes on a hotel beach in Miami to fake his own death in 1974. Assuming he’d drowned or been attacked by a shark, the great and the good paid tribute to him in fulsome obituaries published in London.

In fact, Stonehouse had prepared the escape from his old life down to the tiniest detail, leaving a fake passport, money and luggage at a neighbouring hotel, and was on a flight to Australia before the alarm was raised.

In a trick borrowed from Frederick Forsyth’s Day of the Jackal, he obtained fake passports using birth certificates of two dead constituents and wired himself money in their names in Australia as he embarked on a new life. 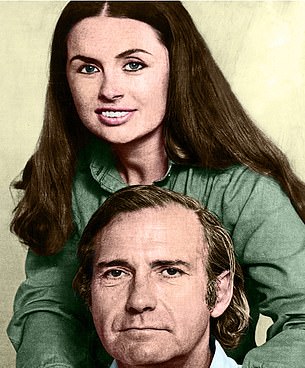 Within a fortnight he was caught due to a suspicious Melbourne bank teller (and initially suspected of being the fugitive Lord Lucan, who had disappeared a fortnight earlier).

He was then extradited to Britain, all the while continuing to serve as one of Parliament’s most colourful members. Stonehouse didn’t submit a resignation until after he was convicted of theft, fraud and deception and jailed for seven years. He died of a heart attack in 1988 aged 62.

For Ms Buckley, then a 22-year-old ingenue impressed by her dashing boss, Stonehouse was not just her mentor, but also a shoulder to cry on after she discovered her husband had cheated on her and began divorce proceedings.

Despite the age gap and Stonehouse’s frequent philandering, she fell in love with him and married him in 1981 after he divorced his wife Barbara. Their son James was born a year later and still visits her regularly at her 1980s red-brick home, running errands and bringing her shopping.

Few of those in the neighbourhood where she has lived for decades know of her complicated past.

She spends her days gardening with a partner who does not live with her and working from home as a chartered accountant.

But one of the most scandalous episodes in British political history is about to be excavated as two of Stonehouse’s family members have written books about the events leading to his capture and imprisonment.

After he was caught, Stonehouse phoned his wife to tell her that he was in fact, not dead. ‘Pressures became far too great. It was just impossible,’ he told her, according to great nephew Julian Hayes, the author of Stonehouse: Cabinet Minister, Fraudster and Spy. He then incredibly asked his wife Barbara if both she and Sheila could come out to Australia. 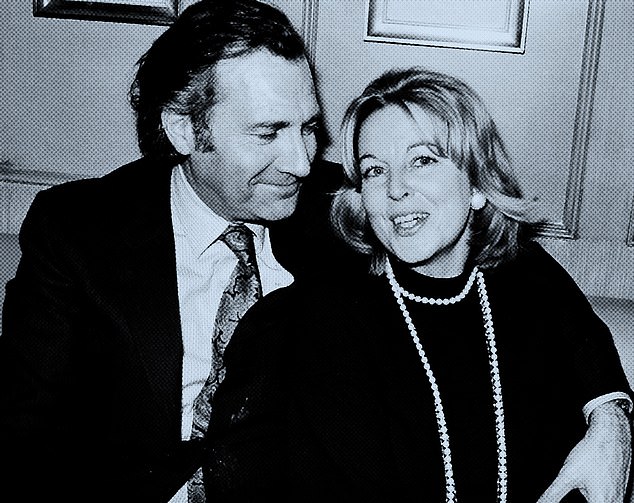 Stonehouse married his first wife Barbara when he was 23. The couple had two daughters ands a son. He relied on his wife’s calmness and strength that enabled him to rise in politics 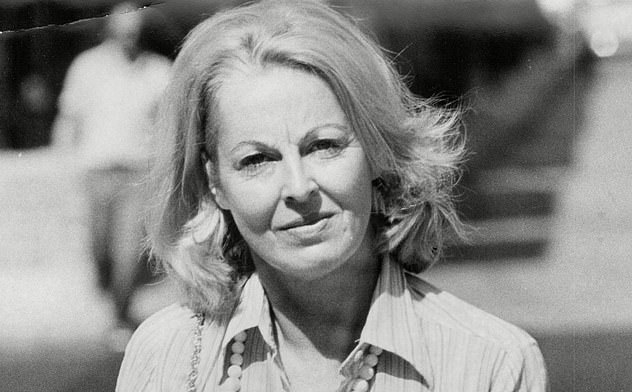 Barbara (pictured), who’d met him when she was 17, had become aware of his infidelities early in their marriage. Naturally, Barbara was extremely hurt. According to her, it seemed that Stonehouse needed to fall in love with someone new roughly every two to three years 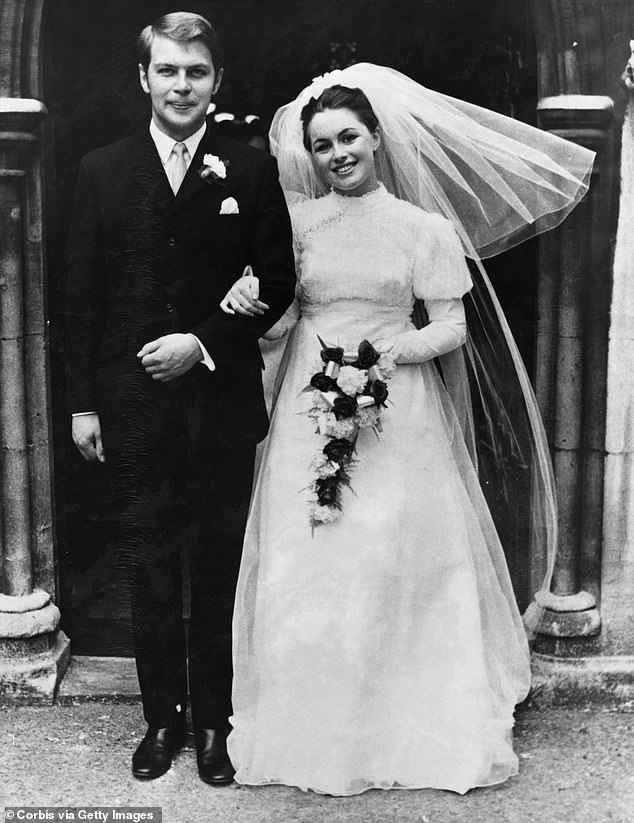 Ms Buckley is pictured here with her first husband whom she divorced after accused of being unfaithful. Stonehouse provided comfort to her at the end of her short-lived marriage

Mrs Stonehouse visited her husband without Ms Buckley and agreed to return to Australia with the kids so long as Sheila stayed away, but when she returned, there Sheila was. When Msr Stonehouse threatened to leave her husband if Ms Buckley stayed, he threatened to kill himself, then collapsed into Sheila’s arms and his wife realised he had made his choice, according to Hayes.

Neither Mrs Stonehouse nor Ms Buckley were prepared to give up on him, and Barbara stayed married for several more years. Stonehouse and Buckley were extradited and charged with conspiracy, fraud and theft. 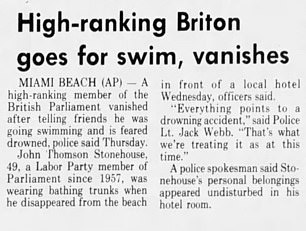 How Stonehouse’s ‘death’ was reported

‘As a British diplomat reported back to Downing Street at the time: ‘Although remarkably attractive and seemingly composed, [Sheila] is really rather a silly person who has been brought to her present situation by infatuation with Mr Stonehouse’, Hayes writes in his new book.

In court, Stonehouse had tried to mount a defence that he’d been in the throes of a mental breakdown and had taken on the alter ego of his dead constituent, even convincing psychiatrists of his split personality. ‘I don’t buy it. What he did was very carefully planned, it required a clear head’, Hayes said.

The courts agreed. Stonehouse was sentenced to seven years in prison, and Buckley received a suspended sentence of two years.

But only later did Stonehouse’s alleged spying activities for Czechoslovakia at the height of the Cold War come to light. Short on cash but looking to bankroll the lavish lifestyle of an ambitious politician, he developed a relationship with the Czech StB, or secret service, write Hayes. In exchange for political inside information, he would eventually be paid a tidy £5,000 (£76,000 in today’s money), in cash and untraceable. 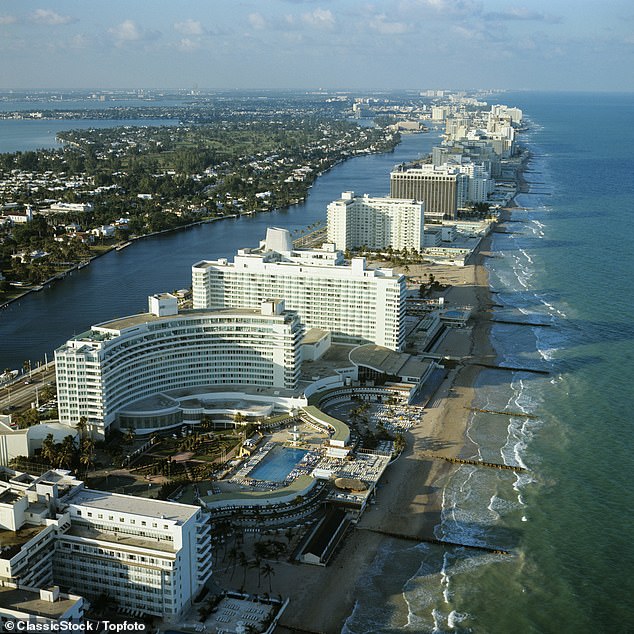 On a glorious November afternoon in Miami in 1974, Stonehouse, the tall and good-looking British MP,  left a pile of clothes on the beach and seemingly vanished off the face of the earth

Stonehouse’s daughter Julia, author of the forthcoming Stonehouse: My Father, adamantly disputes that her father ever spied for an adversary, as does much of the family, according to Hayes.

‘Julia is understandably very defensive, she gets very angry at the suggestion her father was ever a spy’, Hayes told MailOnline.

‘When Julia got wind of the book, there were then a number of quite, how shall we put it, terse emails,’ Hayes said. ‘So it’s not surprising that by the time I’ve finished she’s already written this book.’

‘Her book is an apology for her father’, he said, differentiating his own less sympathetic account.

Hayes, a criminal defence lawyer, said he’d approached the spying accusations with the mindset that his great uncle was innocent of spying until proven guilty. But after reviewing hundreds of documents released by both Czech and British authorities years later, he said there is ‘no question’ Stonehouse was a foreign agent.

Ms Buckley (left and right today) married Stonehouse in 1981 after he divorced his wife Barbara. Their son James was born the following year. She now lives in a quiet cul-de-sac with her neighbours unaware that she was at the centre of one of British politics biggest scandals

‘He betrayed everybody – his family, his constituents, his party, the country.’

But when his duplicity was unveiled, then-Prime Minister Margaret Thatcher decided not to pursue charges of treason. ‘It would be politically very embarrassing for government to go ahead with the prosecution,’ Hayes said, adding that there weren’t enough witnesses willing to come forward for a trial.

‘The fact of the matter is nobody’s learned anything from history’, Hayes said, drawing parallels to the current political landscape.

He compared former Health Secretary Matt Hancock, who had his own Sheila Buckley – his aide Gina Coladangelo – and was forced to resign for violating his own Covid protocols in an extramarital affair.

Hayes also noted Russia and China creeping into the political affairs of Western nations, and politicians playing into the hands of big business. ‘There aren’t the checks and balances that there needs to be in order for transparency and integrity,’ Hayes said. ‘It’s little wonder nobody has any respect or indeed any trust in the political establishment.’