Shelagh Fogarty claims she was groped at BBC

LBC radio host Shelagh Fogarty, 51, from Liverpool, spoke about her experience for the first time live on her show yesterday

A former BBC Radio 5 Live presenter is the latest star to come forward and claim she was groped while working at the corporation.

LBC radio host Shelagh Fogarty, 51, from Liverpool, spoke about her experience for the first time live on her show.

She revealed that she didn’t complain about the incident to her bosses or the police at the time.

She told her listeners: ‘I know a lot more than I am about to say or prepared to say – for obvious reasons it would be wrong to do that – but I myself was groped by an individual at BBC Radio 5 Live a long time ago.

‘I did not feel any distress at it, simply because that person was so much younger than me, so new to the environment and was drunk. It was a party, a leaving do.

‘I told him there and then, and it was in front of people, that it was a disgraceful thing to do and he should go away from me now and not come near me again and off he went.’

The man apologised for his behaviour after he was spoken to by another colleague.

On her show yesterday, Ms Fogarty added: ‘I just gave the guy advice. He was like a kid as far as I was concerned, much much younger than me, and said: “Look if you continue to behave like this you will get yourself into trouble, you need to address your behaviour. I’m not a 22-year-old girl or young woman who might be alarmed by this, I am someone who is significantly older than you. Address your behaviour.”

Now I don’t think he has addressed his behaviour.’

Riley had been the subject of complaints by a number of women at the Corporation, along with another unnamed male employee. 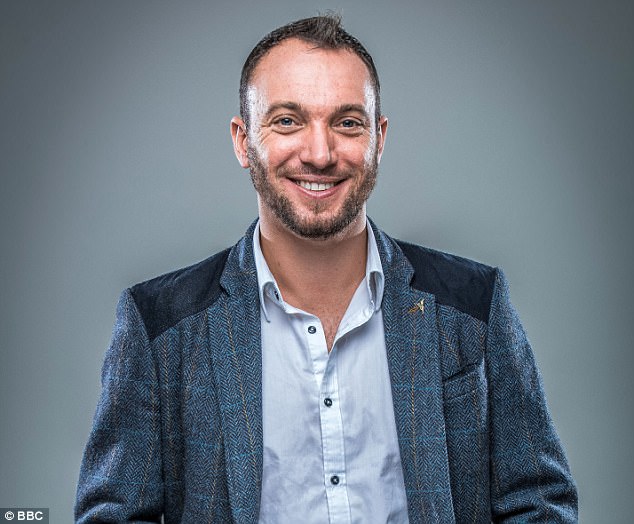 Following his suspension on Friday, Riley was absent from the broadcast of the Wales v New Guinea match in the Rugby League World Cup, which he had previously been scheduled to cover.

One woman is reported to have made a complaint about Riley in 2013 while speaking to investigators compiling the Respect At Work Review, which was set up in the wake of the Jimmy Savile scandal.

It is not known if the complaint against Riley was proven.

The BBC will make a decision over his future after an inquiry into the allegations, it was reported.

Riley’s is one of a number of cases of alleged harassment which have been raised by a group of women at the BBC, including Today presenter Mishal Husain and fellow broadcaster Victoria Derbyshire, according to a newspaper.

The allegations of sexual harassment were raised by the same group of women at the BBC, including Mishal Husain (pictured) and Victoria Derbyshire, who spoke out about the gender pay gap following the publication of BBC salaries