Sheridan Larkman on living with large breasts as a teen

An Australian mother whose breasts haven’t stopped growing since she was eight-years-old has opened up on how hard her life has been for the last 15 years.

Sheridan Larkman, 23, from Victoria’s Trafalgar now lives with size K breasts, and fears her breasts will keep growing, if she doesn’t have surgery soon.

The mum-of-two revealed that she’d had DD-cup breasts since the age of 10, and said her life as a young teenager had been profoundly difficult.

‘I started developing at eight and as a young tween and teen and that was the hardest time,’ she told Daily Mail Australia.

Sheridan Larkman (pictured) revealed that she had DD-cup breasts at the age of 10, and said her life as a young teenager had been profoundly difficult

Sheridan said apart from feeling different to other girls her age who were just growing into crop tops when she was already wearing proper bras, she had to deal with cruel remarks and rude comments about her body.

‘I just couldn’t work out why they were doing it.

‘I often felt disgusted and wanted to wear clothing that hid my body.’ 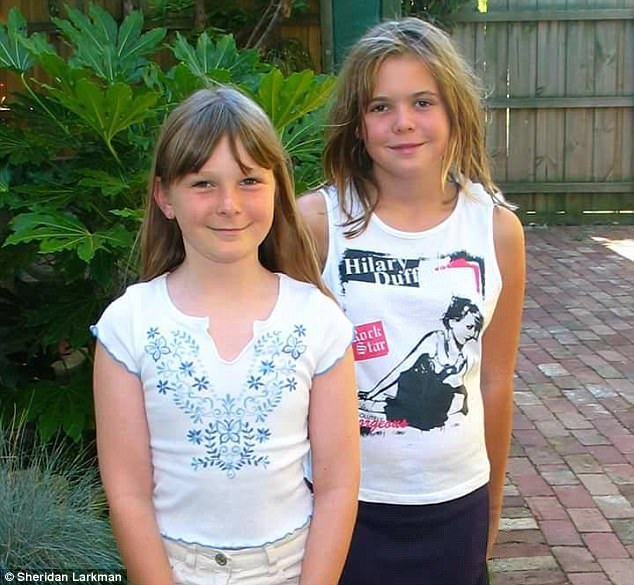 ‘I started developing at eight and as a young tween and teen and that was the hardest time,’ said Sheridan (pictured right) 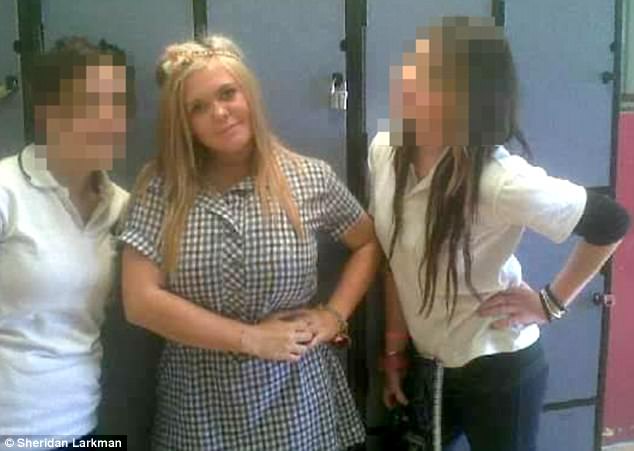 During her teenage years, Sheridan’s breasts continued to grow, and by the time she was 16 she was already ordering special H cup bras from overseas.

After speaking to her doctor, she was placed on a waiting list for a publicly-funded breast reduction surgery, but seven years later she is still waiting.

While her breasts have now ballooned to a size K, Sheridan suspects they might actually be larger than that as she said she often spills out the top of her clothes. 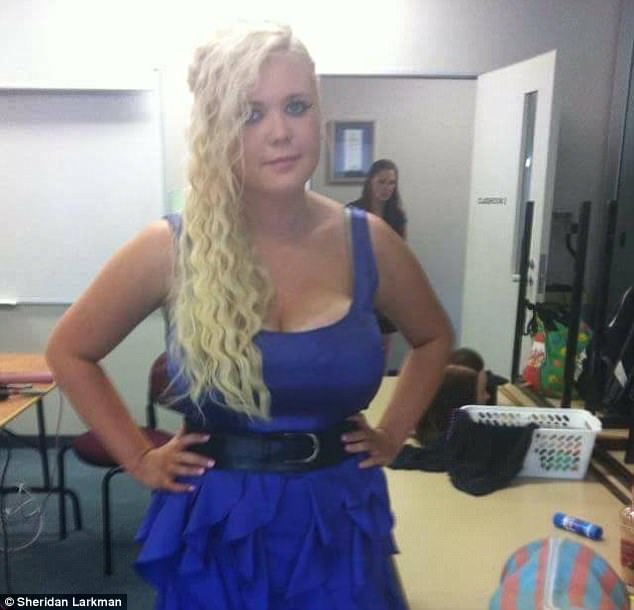 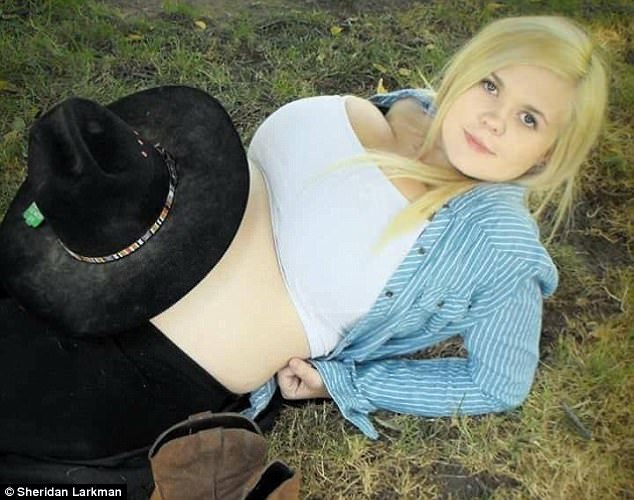 In addition, the young mum said her breasts have caused her to develop mild scoliosis, back and shoulder pain.

‘I haven’t weighed them I think but I think they are are around five or six kilos each. They are almost as heavy as carrying around four newborn babies.’

The mum-of-two, who has so far raised $8,000 towards her surgery through GoFundMe, wrote on her page: ‘Please help me fund a private reduction to save my health and so I can enjoy life more actively with my children and hobbies without restriction.’ 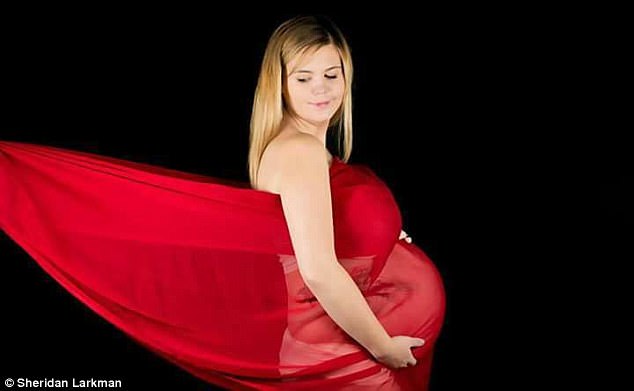 Sheridan’s surgery will see her breasts reduced by at least 10 bra sizes, and Sheridan said she is looking forward to the day she can walk into a store and shop without constraints

The 23-year-old said she hopes to drop about 10 bra sizes following the surgery, and is looking forward to the day where she can walk into a store and shop without constraints.

‘I really love clothing that’s accentuates my waist but hides my tummy and hides my boobs, but if I pull it in at my waist too much it looks like I am pushing out my boobs.

‘I really like the off-the shoulder look but unfortunately I can’t do that because I don’t have any strapeless bras and I often wear a sports crop over my bras just in case I do get any spillage.

‘I cannot wait for the day where I can walk into Kmart and just get a bra that fits and not have to wait for three weeks for delivery.’ 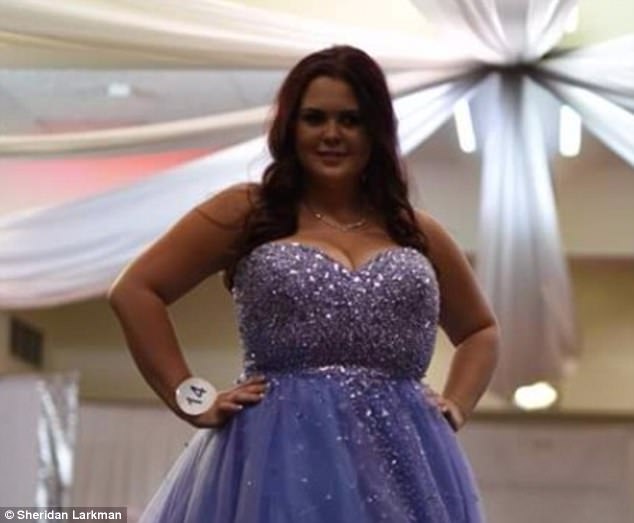 Though she doesn’t always feel good about her body, Sheridan learnt to deal with the skin she is in

Sheridan also shared she’s looking forward to the simple things, like being able to exercise or go swimming and feel confident.

‘I don’t appreciate my boobs, I definitely don’t like them but I have learnt to deal with the skin that I’m in.

‘I try and dress myself so that I feel body confident, not that I really am.

‘You learn to live with what you’ve got even if you don’t always feel beautiful,’ she concluded.