Sheridan Smith’s album Sheridan has a little of everything

A great actor seeks to disappear into every role, while a great singer strives to find themselves in every song. The first instinct doesn’t necessarily support the second, a fact that presents Sheridan Smith with a dilemma on her debut album.

Whether appearing on TV (Cilla) or the stage (Legally Blonde; Funny Girl), Smith has rarely missed an opportunity to prove that, in character, she is an able singer. An album, however, is a different challenge.

Sheridan offers a slightly uneasy mixture of musical theatre, venerable torch song, bluesy belters and contemporary pop, rock and soul. It has a little of everything without quite becoming a satisfying something. 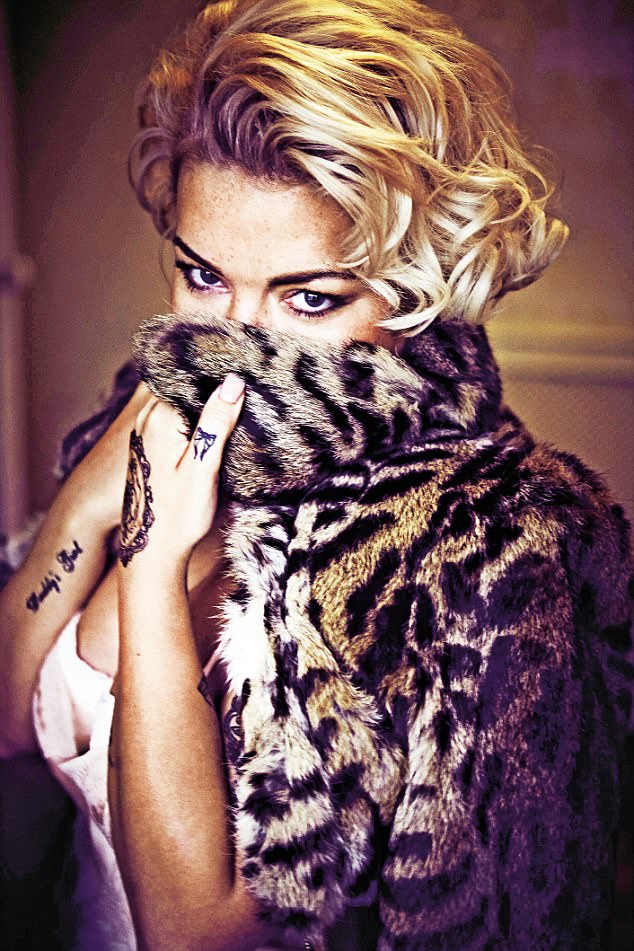 There are moments when Sheridan Smith (above) forgets that she’s both a terrific actress and a fine mimic, and allows herself to be a compelling recording artist

As expected, Smith is entirely comfortable with the big, brash theatrical numbers. Having played Fanny Brice in Funny Girl, she snuggles into Brice’s signature song, My Man, as though it were a fine old mink, and brings chutzpah to Lieber and Stoller’s I Smell A Rat.

She even convincingly reconfigures Addicted To Love as a throbbing, libidinous blues.

At other times, Sheridan has the air of plush karaoke. It’s virtually impossible to get old dogs such as Mad About The Boy or Anyone Who Had A Heart to perform new tricks; these versions are perfectly serviceable without leaving much of a trace.

Smith’s great-great-grandfather, Benjamin Doubleday, was a respected banjo player in Yorkshire and played in a trio with his daughters.

Thankfully, there are also moments when Smith forgets that she’s both a terrific actress and a fine mimic, and allows herself to be a compelling recording artist. Dinner At Eight, Rufus Wainwright’s tale of generational discord, is the show-stopper, an understated recital set to a devastatingly simple piano and strings accompaniment.

The Carpenters’ Superstar is slinky, sad and soulful, sung with bluesy resignation, while a spare, husky version of And I Am Telling You I’m Not Going, from Dreamgirls, is launched straight from the heart.

The rest of the album bears testament to Smith’s immense versatility, capability and likeability, without ever quite settling the matter of her own vocal personality. None of which, I suspect, will prevent Sheridan from becoming a hot ticket in the stocking-filler trade this Christmas.

It’s rare for a band of The Waterboys’ vintage to play a two-hour set consisting of three-quarters new material. Rarer still for such a bold act to be the correct creative choice.

That they pull it off – in a dreadfully sterile venue – is testament to the potency of their current incarnation. Expanded to a nine-piece, including two drummers, two superb backing singers, faithful foil Steve Wickham on fiddle and chief Boy Mike Scott on guitar, piano and vocals, the ensemble can turn their collective hand to just about anything.

They bring funky focus to the uneven sprawl of new double album, Out Of All This Blue. The punchy pop-soul of Do We Choose Who We Love and If The Answer Is Yeah sets the tone. 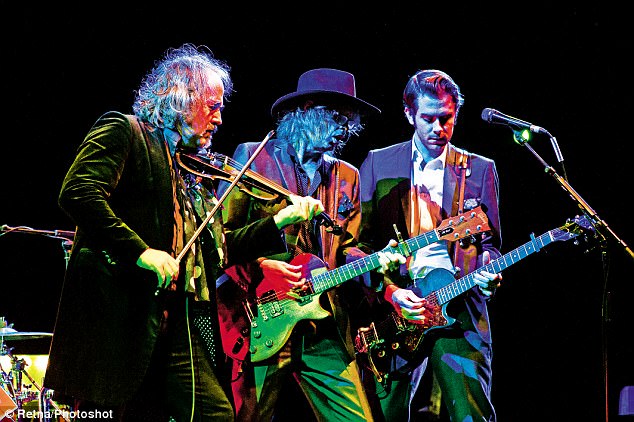 Love Walks In and Man, What A Woman add a smoky soulfulness, while The Girl In The Window Chair sees Scott, dapper in Stetson and polka dot scarf, recast as a late sixties chansonnier.

The inclusion of so much new material – including the so-so Hammerhead Bar and Elegant Companion – leaves room for only a handful of old favourites. Fisherman’s Blues is curiously stiff-legged, but A Girl Called Johnny and The Whole Of The Moon feel fresh and funky, while Medicine Bow positively crackles.

‘Wow!’ proclaimed the neon sign at the rear of the stage. A fair summary.

The Waterboys are on tour from April 26 to May 13; mikescottwaterboys.com