By Layth Yousif For Mailonline

‘Competitive Dad’ was a famous character on the popular comedy The Fast Show whose aim is to beat his kids in every sporting endeavor – and it appears former Manchester United star Shinji Kagawa is carrying on the fine tradition.

The 28-year-old Borussia Dortmund attacking midfielder posted a video on social media of him nutmegging his young son an incredible eight times.

Despite the poor lad’s best efforts he couldn’t get the ball off his father, prompting him, unsurprisingly, to burst into tears. 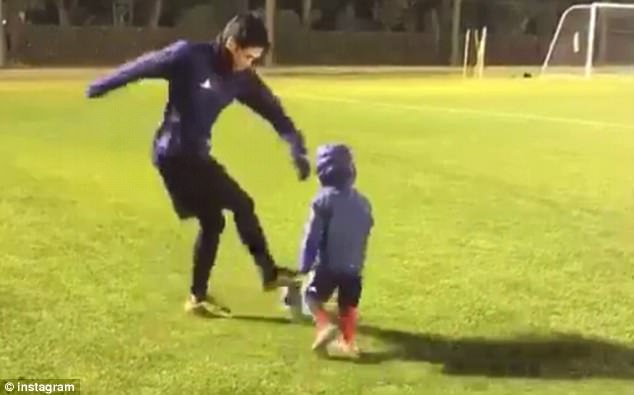 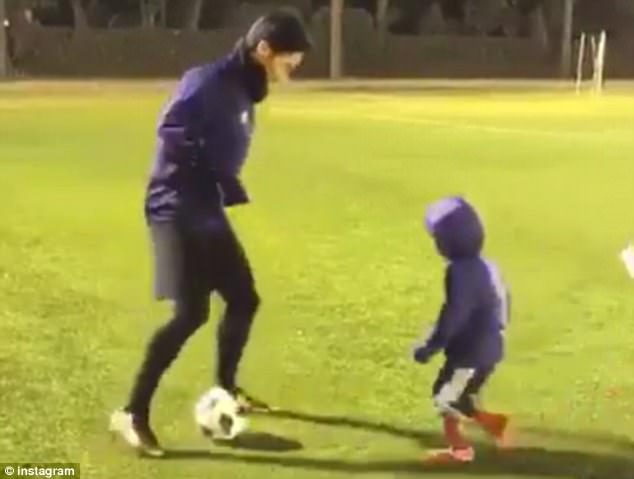 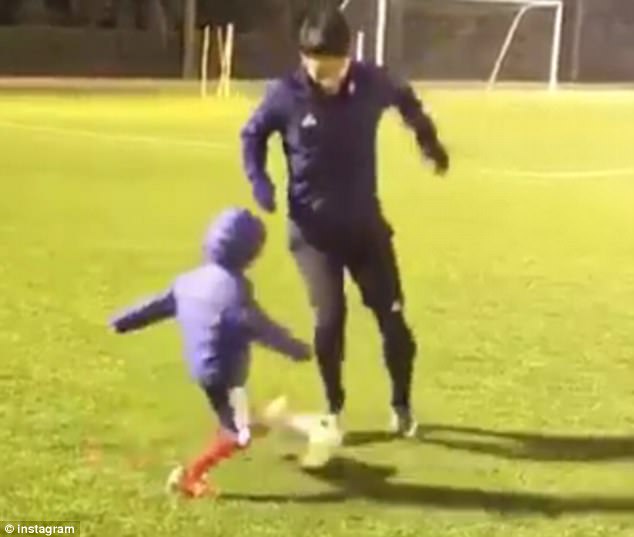 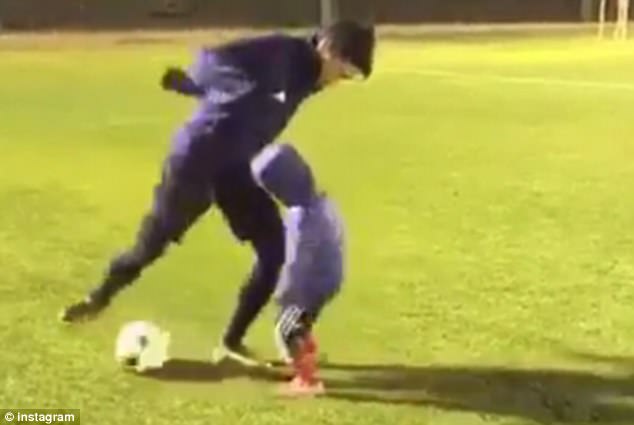 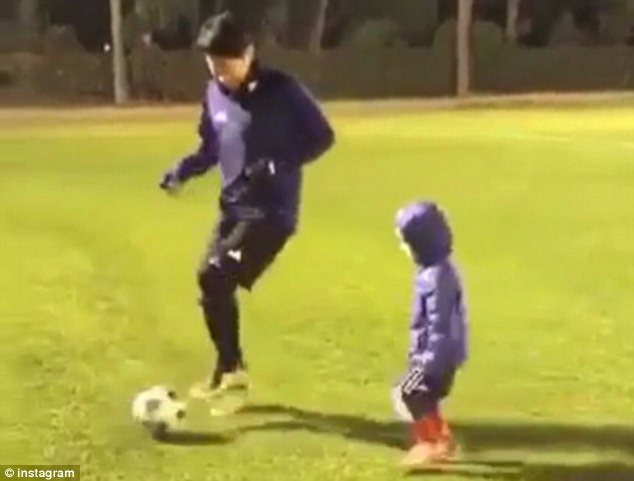 Kagawa’s competitive video was a huge hit with his fans with more than 1.5m views in a day

However, like all good football-loving parents who have attempted similar activities in the back garden or park, Kagawa does eventually cede possession of the ball to his young son – who promptly kicks the ball away in frustration.

The post struck a chord with the Japanese star’s 1.46 million Twitter followers and 1.23m Instagram fans – as the video was viewed more than 1.5m times in fewer than 24 hours, since he posted it on Boxing Day.

Kagawa’s Dortmund sit third in the Bundesliga with the German top tier on their winter break. 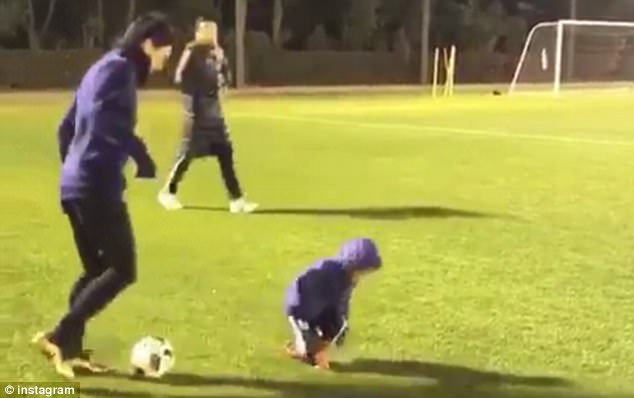 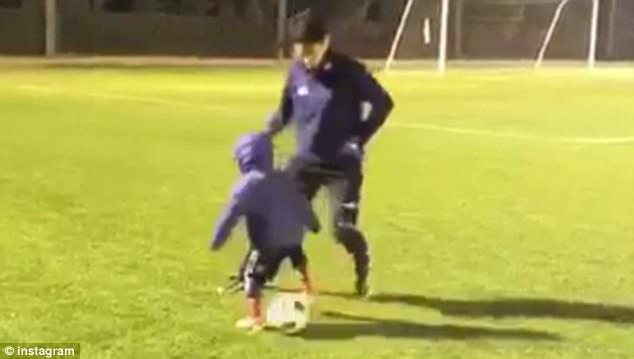 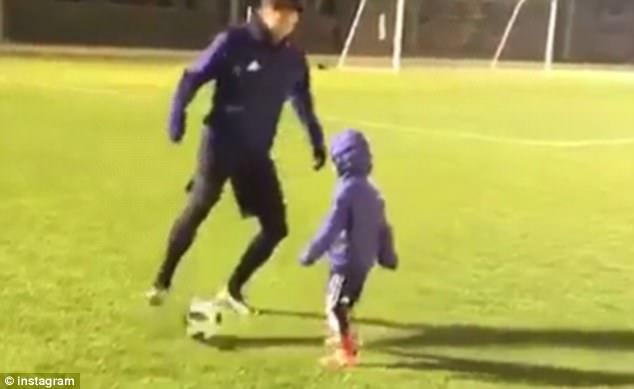 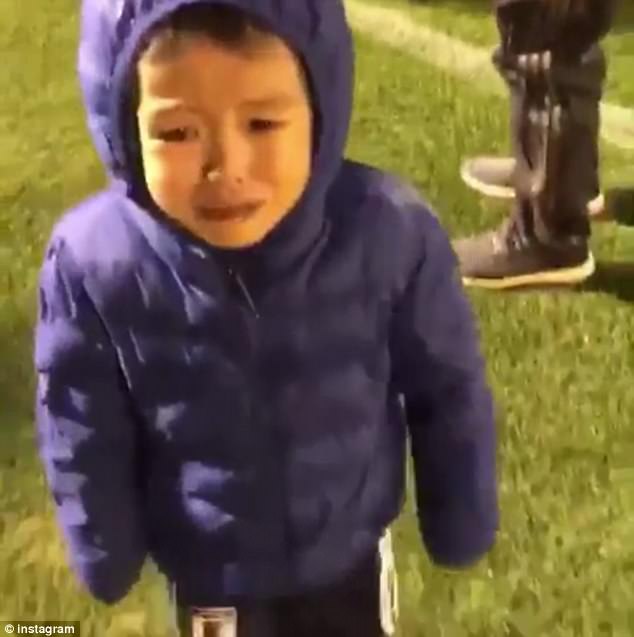 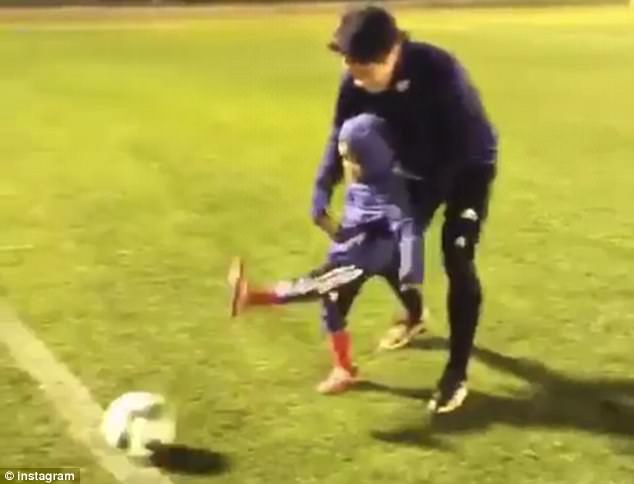 However, like all good parents, Kagawa eventually let his poor little lad have the ball 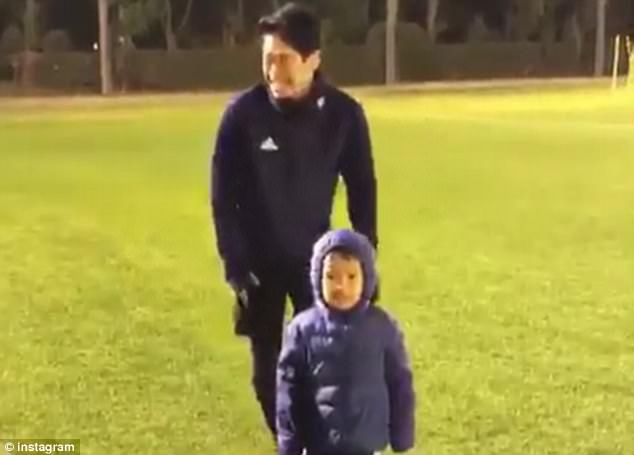 The talented Kobe-born attacker has made 13 appearances this term, scoring three goals with three assists for the black and yellows.

His team-mate, Pierre-Emerick Aubameyang, has also been busy at Christmas, by racing quad bikes in the Dubai desert.

Family man Kagawa has still been on the training ground judging by the video, although after the number of nutmegs his son had to endure the poor little lad may be wishing his ‘Competitive Dad’ was thousands of miles away on a quad bike too.