Archaeologists in Antigua have uncovered what they believe to be the shipwreck of a 18th-century French warship that was used by American colonists in the Revolutionary War.

Their theory is that it’s the remains of the Beaumont, a 990-ton French ship constructed in 1762.

The boat was resting in the muck at the bottom of Tank Bay, just eight feet under the surface.

A hydrographic survey of the Nelson’s Dockyard several years ago first tipped researchers off that a vessel was mired in the seabed.

More recently, diver Maurice Belgrave reported seeing the large ‘rib’ of a ship at the bottom of the bay.

But it wasn’t until last week that archaeologists confirmed the wreck was more than 130 feet long and matched the specifications of the 18th century French naval vessel.

If the archaeologists are correct in their assessment, it would be the only shipwreck with an intact hull built by the French East India Company, according to the Antigua Observer.

A wreck located just eight feet below the surface in Antigua’s English Harbour matches the description of the Beaumont, a 1762 warship that was later sold off and used during the American Revolution

Chartered by King Louis XIV in 1664, the French East India Company was intended to compete with the English and Dutch trading companies operating in Southeast Asia.

As an imperial merchant ship intended to travel from France to regions in the Indian and Pacific Oceans, the Beaumont would have been heavily armed, National Parks Authority archaeologist Christopher Waters told the Observer.

The Beaumont only served France for two years, though, before it was sold off to an unknown private individual and renamed the Lyon.

At some point after, the Lyon was used by colonists during the American Revolution until it was captured off the coast of Virginia by the HMS Maidstone, a British naval ship. 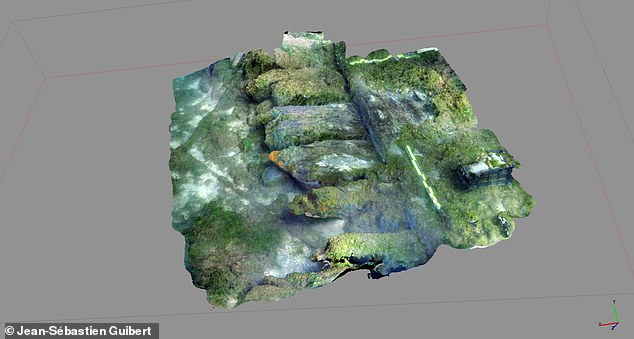 Pictured: Timbers from the shipwreck believed to be the Lyon. Analysis of the wood will help determine when and where it was cut, offering more clues about the ship’s identity

What happened to the ship after that is cloudy, though a vessel matching the Lyon’s description was listed in a 1780 map of Nelson’s Dockyard in Antigua’s English Harbor.

‘We know it was brought here,’ Waters said. ‘We just don’t know what happened to it. But it was very badly damaged and probably never left English Harbor again.’

Waters says evidence for the ship being the Lyon is ‘compelling,’ if only circumstantial.

‘The fact that it’s massive is incredibly special and unique in itself. Most wreck sites are small merchant ships,’ he told the paper. 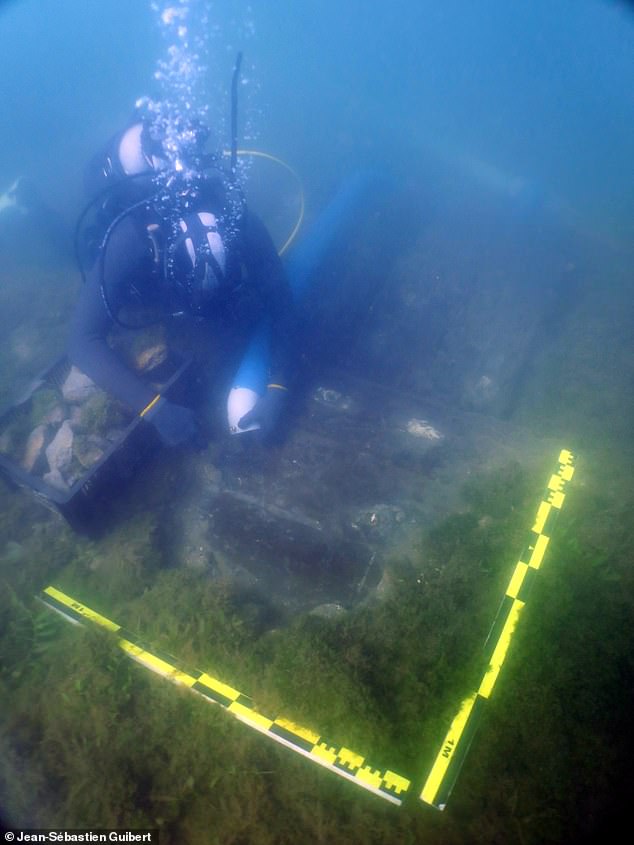 He compared the wreck to the Mary Rose—a British warship lost in the mid-16th century and discovered near the Isle of Wight in 1971—’in terms of its size and the stories we may be able to tell of it.’

Pleasure ships and fishing boats have sailed right over the wreck in Nelson’s Dockyard for more than 200 years.

The mud that kept it hidden also helped to preserve it, the Observer reported.

‘It’s amazing it could have lain there undiscovered for so long. I have snorkeled out there many times, used sonar equipment and missed it every single time,’ Waters said.

But over a six-day expedition last week, a team led by University of the Antilles archaeologist Jean-Sebastien Guibert used side-scan sonar and a magnetometer to locate the wreck described by Belgrave.

The hull they found, now marked off by orange buoys, is certainly big enough to be the Lyon, Guibert told the Observer.

‘I have been working in the French West Indies for 15 years and it’s the largest wreck I’ve ever seen,’ he said. ‘I did not expect it to be so big.’ 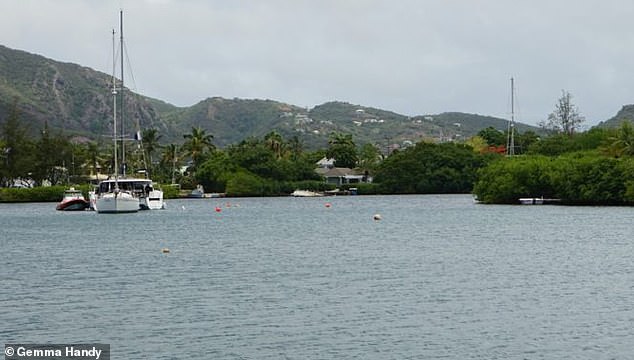 The researchers first focused on determining the wreck’s dimensions to see if they aligned with the Lyon.

Next they will analyze timber from the ship to figure out where and when it was cut.

Only wood and ballast have been found to date—it’s likely the ship was stripped of any valuable equipment or artifacts before it sank or was intentionally sunk.

‘There’s no gold, I promise you,’ Waters said in an accompanying video.

Besides its size, there are several other points in favor of the wreck being the Beaumont, aka the Lyon.

In addition to the map placing a French vessel in the harbor, there are no records of a British ship in the dockyards at that time.

‘The British were very good at keeping records about what happened at the dockyard and we haven’t found anything relating to it,’ Waters said. ‘So it’s a big possibility it’s not British but something else.’

The expedition was a collaboration between the University of the French West Indies (AIHP GEODE), the Antigua and Barbuda National Parks, and supported by Antigua & Barbuda Search and Rescue (ABSAR) and the American Association of Port Authorities (AAPA)

Funding came from the French Ministry of Europe and Foreign Affairs, the Richard Lounsbery Foundation, and the Overseas Martinique Convergence Contract, with support from ABSAR, the Antigua and Barbuda National Parks, and Soul Immersion Dive Shop.