Ajax fans have descended on Leicester Square ahead of their Champions League semi-final against Tottenham.

The Dutch giants take part in their first final four game in Europe’s elite club competition in 22 years on Tuesday night and their supporters are taking advantage of the opportunity.

On a warm day in London, their fanbase met at one of the capital’s landmarks to enjoy their trip. 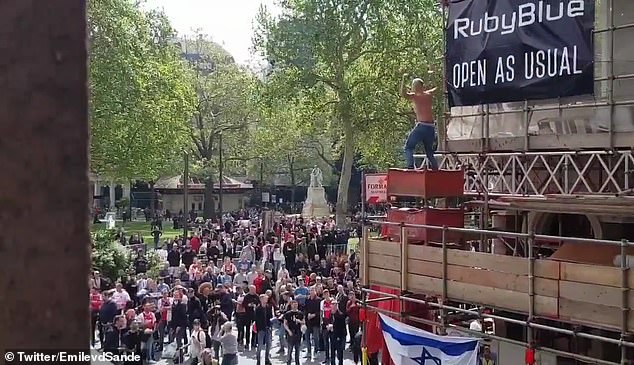 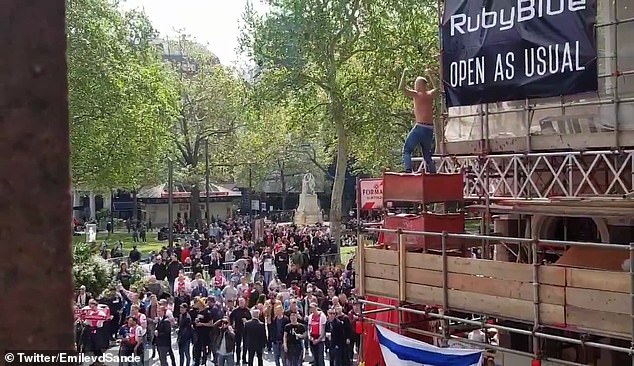 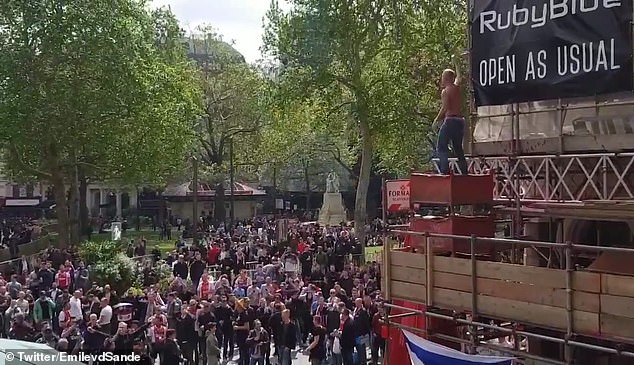 A particularly enthusiastic Ajax fan was even spotted climbing a piece of scaffolding to address to the rest of the supporters.

He cracked open a beer to the acclaim of those gathered below before spraying the drink around his head and leading the rest of the fans in a chant.

The fan then descended down the scaffolding and continued the celebrations back at street level. 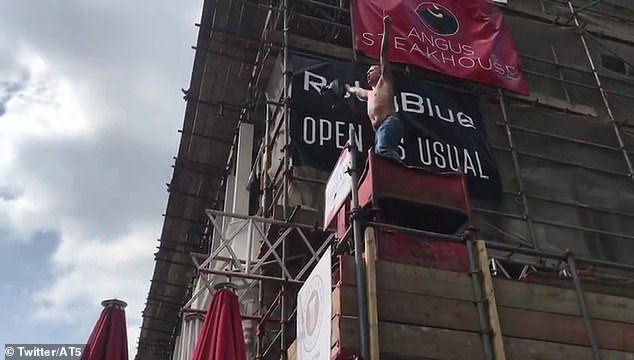 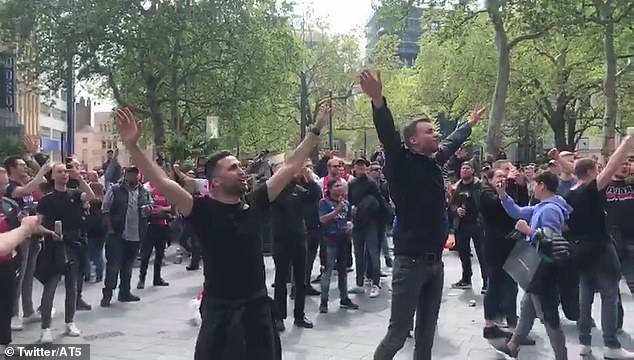 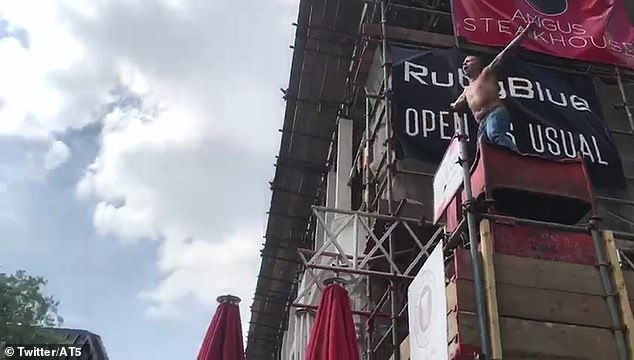 Uniformed police officers are set to be stationed inside Tottenham’s new stadium, in addition to the usual stewarding procedure, after the force raised the risk level of the fixture to a Category C fixture.

Thorough checks will be made on supporters entering the stadium, while the police will also be wary of any hotspots in the capital after the trouble that played out in Amsterdam when England fans travelled to Holland for a friendly match last year. 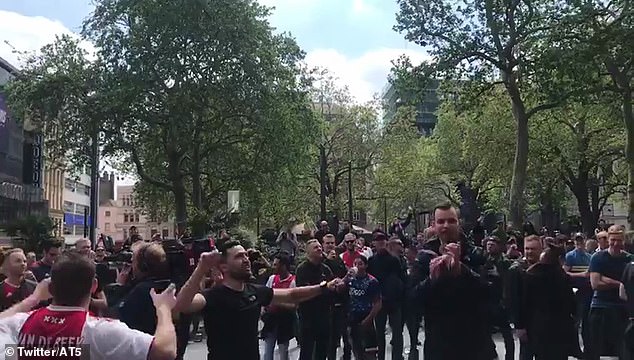